David Crosby, rock legend and master of harmony, dead at 81 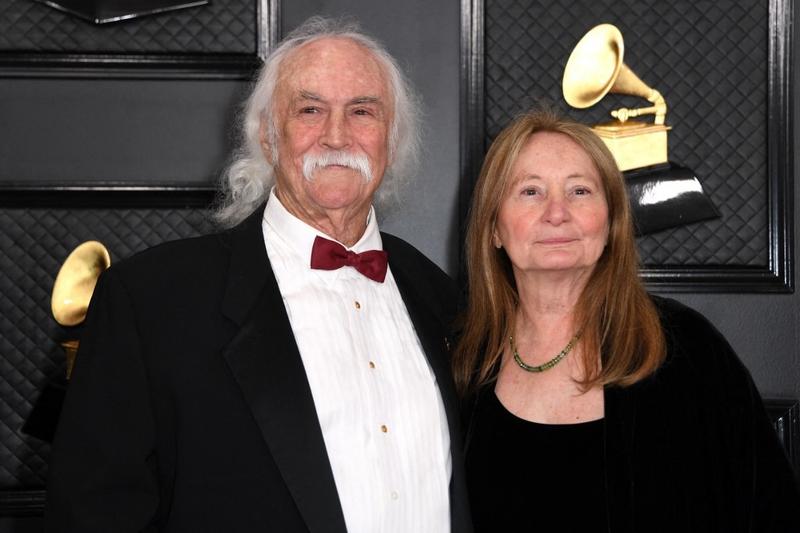 David Crosby, one of the most influential rock musicians of the 1960s and '70s and who was inducted into the Rock & Roll Hall of Fame with two different groups, has died at the age of 81.

Crosby was a founding member of two revered rock bands: the country and folk-influenced Byrds, for whom he cowrote the hit "Eight Miles High," and Crosby, Stills & Nash, later Crosby, Stills, Nash & Young, who defined the smooth side of the Woodstock generation's music.

"It is with a deep and profound sadness that I learned that my friend David Crosby has passed," Graham Nash, his longtime collaborator and sometime sparring partner, said in a statement.

"I know people tend to focus on how volatile our relationship has been at times, but what has always mattered to David and me more than anything was the pure joy of the music we created together ... and the deep friendship we shared," Nash said.

Crosby's wife, Jan Dance, announced the death in a statement published by Variety. It did not specify when he died, nor the cause. Crosby's British-based representatives could not immediately be reached for comment by Reuters.

Musically, Crosby stood out for his intricate vocal harmonies, unorthodox open tunings on guitar and incisive songwriting. His work with both the Byrds and CSN/CSNY blended rock and folk in new ways, and their music became a part of the soundtrack for the hippie era.

"I don't know what to say other than I'm heartbroken to hear about David Crosby. David was an unbelievable talent - such a great singer and songwriter. And a wonderful person," Beach Boys leader Brian Wilson said on Twitter.

Personally, Crosby was the embodiment of the credo "sex, drugs and rock 'n' roll," and a 2014 Rolling Stone magazine article tagged him "rock's unlikeliest survivor."

In addition to drug addictions that ultimately led to a transplant to replace a liver worn out by decades of excess, his tumultuous life included a serious motorcycle accident, the death of a girlfriend, and battles against hepatitis C and diabetes.

"I'm concerned that the time I've got here is so short, and I'm pissed at myself, deeply, for the 10 years - at least - of time that I wasted just getting smashed," Crosby told the Los Angeles Times in July 2019. "I'm ashamed of that."

He fell "as low as a human being can go," Crosby told the Times. 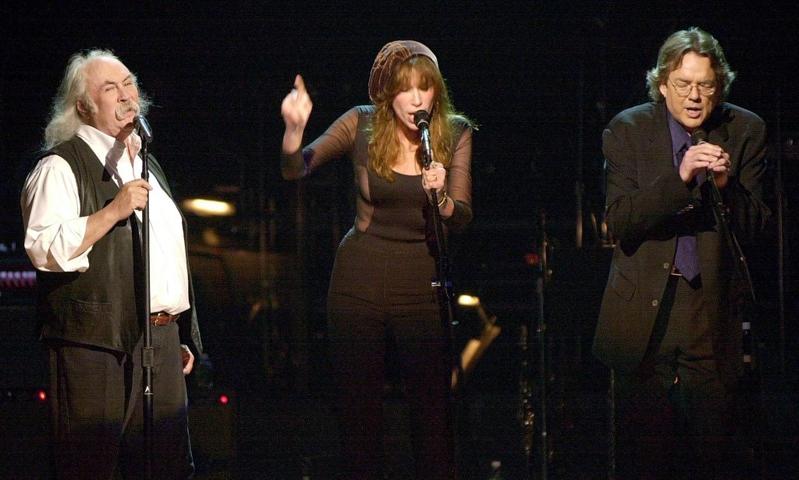 He also managed to alienate many of his famous former bandmates, for which he often expressed remorse in recent years.

His drug habits and often abrasive personality contributed to the demise of CSNY and the members eventually quit speaking to each other. In the 2019 documentary "David Crosby: Remember My Name," he made clear he hoped they could work together again, but conceded the others "really dislike me, strongly."

Crosby fathered six children - two as a sperm donor to rocker Melissa Etheridge's partner and another who was placed for adoption at birth and did not meet Crosby until he was in his 30s. That son, James Raymond, would eventually become his musical collaborator.

"Thank you @thedavidcrosby I will miss you my friend," Etheridge said on Twitter alongside a photo of the two of them.

ALSO READ: Kevin Spacey hails Italy museum for having 'the guts' to honor him

Crosby was born on Aug. 14, 1941, in Los Angeles. His father was a cinematographer who won a Golden Globe for "High Noon" in 1952 and his mother exposed him to the folk group the Weavers and to classical music.

As a teenager, Crosby found that one of his passions aided him in the pursuit of another. "It (playing music) was absolutely joyous to me," he wrote. "I always loved it. I always will love it. And I did get laid."

After a stay in New York's Greenwich Village music scene, Crosby was back in California in 1963 and helped Roger McGuinn start the Byrds, whose first hit, a cover of Bob Dylan's "Mr. Tambourine Man," came in 1965, followed by "Turn! Turn! Turn!"

Crosby was kicked out of the Byrds because the band did not want to play his songs, with the flashpoint being "Triad," about a menage a trois, and disputes over on-stage political rants.

Crosby and Stephen Stills, whose band with Neil Young, Buffalo Springfield, had fallen apart, then began playing together. Graham Nash of the Hollies, who met Crosby in 1966 and went on to become his closest collaborator and a closer friend, joined them. Their first album, "Crosby, Stills and Nash," was a big seller in 1969.

Guitarist and singer/songwriter Young fell in with them that year and Crosby, Stills, Nash & Young came to be considered one of the greatest amalgams of talent in rock history.

Their second performance together was the landmark Woodstock music festival in 1969, and their 1970 album, "Deja Vu" contained hits "Teach Your Children," "Woodstock," and one of Crosby's signature songs, "Almost Cut My Hair."

As CSNY was taking off, Crosby was in a drug-fueled downward spiral caused by the 1969 death of girlfriend Christine Hinton in a car accident.

"Nothing in my life had prepared me for that," wrote Crosby, who had added cocaine and heroin to his drug repertoire.

The next decade was a blur of drug arrests, album releases and women. "I was not into being monogamous - I made that plain to everybody concerned. I was a complete and utter pleasure-seeking sybarite," he wrote in his autobiography.

Crosby had a daughter with a girlfriend but soon left her for Jan Dance, who moved in with him in 1978. That relationship lasted and they had a son, Django, in 1995.

Crosby introduced Dance to heroin and the free-basing method of smoking cocaine. "We went down the tubes together but we did it with our hearts intertwined," he wrote.

Crosby beat a series of drug charges but lost in Texas after being arrested with a drug pipe and gun at a club in Dallas and went to prison in 1985. The prison system required him to shave his trademark bushy mustache, but he found solace in playing in the prison band during his year of incarceration.

After his release, Crosby told People magazine he had beaten his addictions.

He was also arrested on gun and marijuana charges in New York in 2004.

In 2014 he released "Croz," his first solo album since 1993, but his tour to promote the record was interrupted in February by heart surgery.

He continued recording and was an active presence on Twitter, in addition to writing an advice column for Rolling Stone.

In March 2021, the Guardian reported that Crosby sold the recorded music and publishing rights to his entire music catalog to Irving Azoff's Iconic Artists Group for an undisclosed sum.