Shaqiri shows his class in second half to help save Swiss 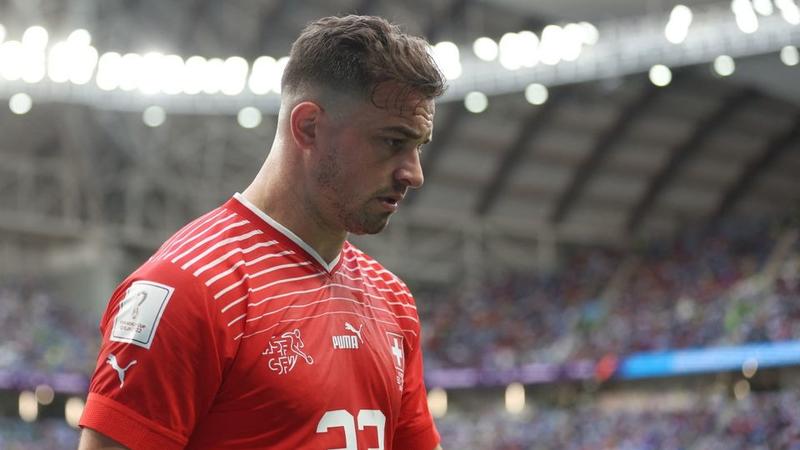 Switzerland's Xherdan Shaqiri as he is substituted off in the Group G match of Switzerland versus Cameroon at FIFA World Cup Qatar 2022, at the Al Janoub Stadium in Al Wakrah, Qatar, on Nov 24, 2022. (CARL RECINE / REUTERS)

AL WAKRAH, Qatar - Xherdan Shaqiri showed there was life in the thirtysomething winger yet with a decisive contribution after halftime as Switzerland made a winning start to their World Cup campaign against Cameroon.

The former Bayern Munich and Liverpool forward is now playing his club football in Major League Soccer in the United States and there were fears in some quarters that he might not still be up to the pace of international football.

Those fears looked well-founded before halftime as the Swiss struggled to contain a vibrant Cameroon.

A series of crunching tackles saw Shaqiri drop deeper and deeper into midfield, sometimes even straying across to the left wing looking for space, and the Swiss attack laboured as Cameroon made frequent lightning breaks down the other end.

The Swiss somehow managed to make it through to halftime at 0-0 and Shaqiri, towered over by most of the Cameroon players, was at the heart of their resurgence after the break.

He pushed back up the pitch again and in the 48th minute received a quick ball to the right wing, curling a perfect pass across the box that Breel Embolo could hardly fail to tap into the net.

The younger Shaqiri's game was all about explosive pace and spectacular goals and the speed was still evident in bursts on Thursday as the 31-year-old finally became the driving force of the Swiss midfield.

His combination with overlapping wingback Silvan Widmer on the right flank gave the Swiss a consistent attacking threat for the first time in the match.

It was with a 68th minute corner from the right that Shaqiri almost helped the Swiss double their lead, his delivery finding Embolo a few metres out only for a desperate Andre-Frank Zambo-Anguissa to intervene and turn the ball over the bar.

Four minutes later and Shaqiri's afternoon was over as the Swiss brought on fresh legs to see them through to a 1-0 win.

They still face a big challenge to get through to the knockout stages for a fifth straight major championships from a Group G also containing Brazil and Serbia.

Shaqiri showed in 27 second-half minutes on Thursday that he remains key to those hopes.