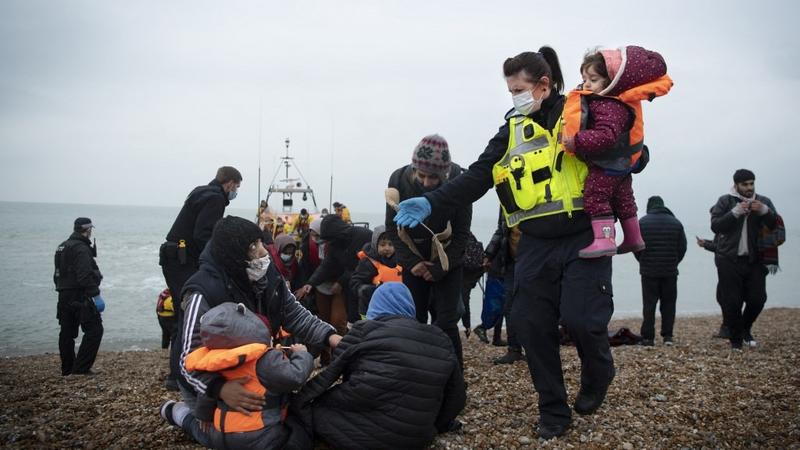 A member of the UK Border Force (right) helps child migrants on a beach in Dungeness, on the south-east coast of England, on Nov 24, 2021 after being rescued while crossing the English Channel. (BEN STANSALL / AFP)

PARIS – British and French officials traded blame on Wednesday after 27 migrants died when their dinghy deflated as they made a perilous crossing of the English Channel.

The accident was the worst disaster on record involving migrants in the narrow seaway separating the two countries.

The Channel is one of the world's busiest shipping lanes and currents are strong. Human traffickers typically overload the dinghies, leaving them barely afloat and at the mercy of waves as they try to reach British shores.

British Prime Minister Boris Johnson said he was "shocked and appalled" by the deaths and called on France to do more to deter people from attempting the crossing. People trafficking gangs were "literally getting away with murder", he said.

President Emmanuel Macron said Britain needed to stop politicizing the issue for domestic gain, while his interior minister, Gerald Darmanin, said Britain too had to be a part of the answer. 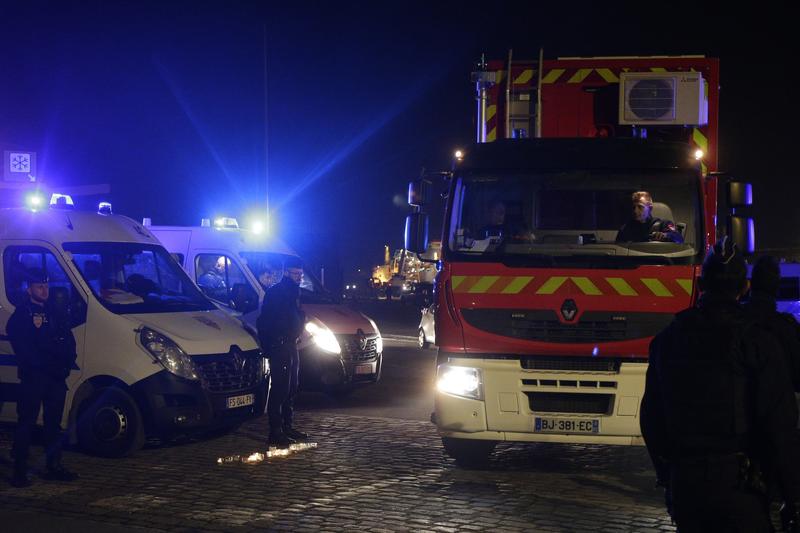 France had earlier stated 31 people lost their lives, but the number was later revised down to 27, government officials said.

Britain has in past weeks accused the French authorities of standing by while thousands of migrants leave their shores. France rejects the allegation

French police arrested four human traffickers suspected of involvement in the accident. Darmanin said the nationalities and identities of the migrants were not known.

Regaining control of Britain's borders was a totem for Brexit campaigners ahead of the 2016 referendum on Britain's membership of the European Union and the flow of migrants, though relatively low in absolute terms, is a point of friction between London and Paris.

Britain has in past weeks accused the French authorities of standing by while thousands of migrants leave their shores. France rejects the allegation.

"France will not let the Channel become a graveyard," Macron said. 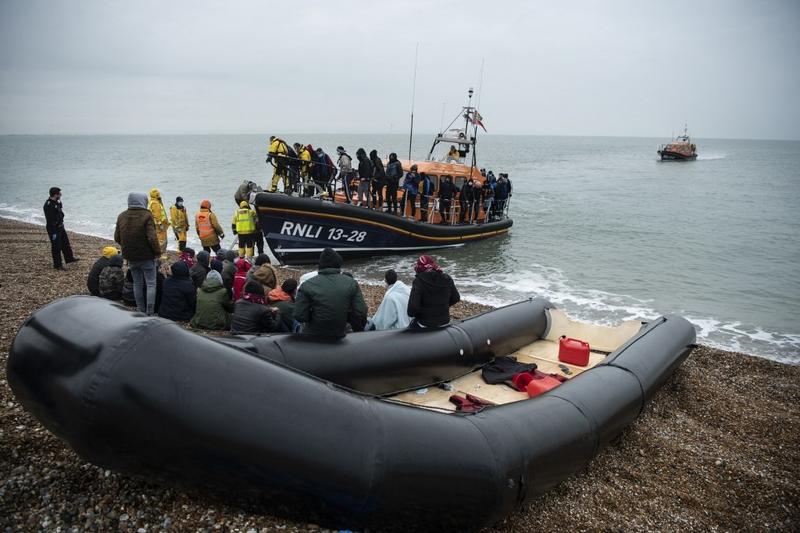 Migrants sit beside a boat they used to cross the English Channel as more migrants are helped ashore from a RNLI (Royal National Lifeboat Institution) lifeboat at a beach in Dungeness, on the south-east coast of England, on Nov 24, 2021, after being rescued while making the crossing. (BEN STANSALL / AFP)

More migrants than usual had left France's Channel coastline to take advantage of calm sea conditions on Wednesday, according to fishermen, although the water was bitterly cold.

At dawn on Wednesday, Reuters witnessed one group of migrants emerging from the sand dunes near Wimereux before piling into an inflatable dinghy. The same group was seen landing hours later in Dungeness, southern England, having safely crossed the 30 km stretch of water.

Before Wednesday's disaster, 14 people had drowned this year trying to make it to Britain, a local maritime prefecture official said. In 2020, a total of seven people died and two disappeared, while in 2019 four died.

Fisherman Nicolas Margolle told Reuters he had seen two small dinghies earlier on Wednesday, one with people on board and another empty.

He said another fisherman had called rescue services after seeing an empty dinghy and 15 people floating motionless nearby, either unconscious or dead. 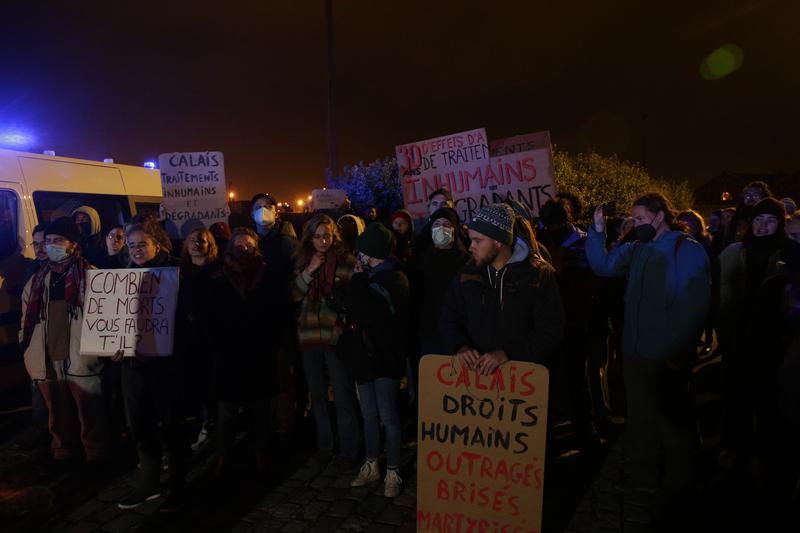 Darmanin said the migrants' dinghy had deflated, and when rescuers had arrived it was "deflated like an inflatable garden pool."

While French police have prevented more crossings than in previous years, they have only partially stemmed the flow of migrants wanting to reach Britain - one of many sources of tensions between Paris and London.

In his statement, Johnson said he and Macron had agreed to step up efforts to prevent the crossings.

Calais Mayor Natacha Bouchart blamed Britain for the problem, saying it should change its immigration policies.

Some rights groups said tighter surveillance was pushing migrants to take greater risks as they sought a better life in the West.

"To accuse only the smugglers is to hide the responsibility of the French and British authorities," said l'Auberge des Migrants, an advocacy group that supports refugees and displaced people.