Exhibition highlights use of the color in classical Chinese paintings, Lin Qi reports. 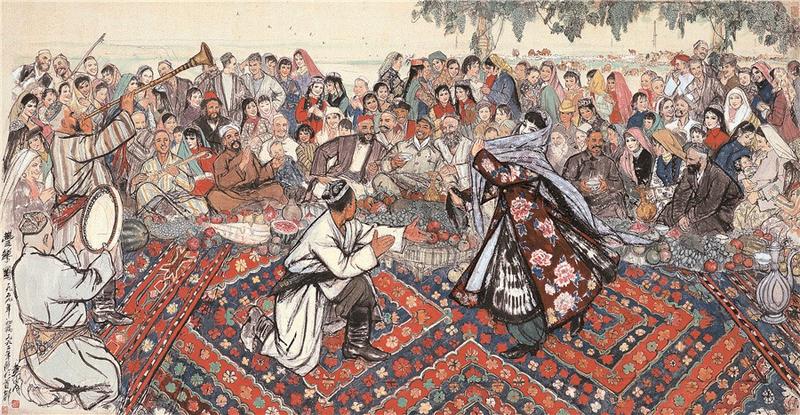 The ink-and-color works on display at an exhibition at the Beijing Fine Art Academy reveal Chinese artists' distinctive approaches to using red in brushwork. Highlights include Harvest by Huang Zhou. (PHOTO PROVIDED TO CHINA DAILY)

Red is, probably, favored over other colors in the social life of Chinese people. In Chinese culture, red usually means something vigorous, enthusiastic, inspiring or auspicious. It is also a common color in classical Chinese paintings. Red encapsulates rich social, cultural and spiritual meanings.

Red is the name of an exhibition that's ongoing at the Beijing Fine Art Academy, in collaboration with Tsinghua University Art Museum and the museum of the Central Academy of Fine Arts. The display has dozens of works of eminent Chinese ink-and-color painters of the 20th century, showing their distinctive approaches to using red in brushwork.

The exhibition, which runs through Sunday, is "an encyclopedia on how red was rendered to describe atmospheres and express feelings in classical Chinese art", says Wang Huanran, a visual designer at the Beijing Fine Art Academy.

The exhibition begins with a display of an array of minerals and pigment extracts from plants that are commonly used in Chinese ink paintings to create varying shades of red. Videos show red paints made in a traditional way and how painters apply different shades of red to depict landscapes, objects and figures.

This section of the exhibition is a good introduction to the audience, especially young viewers, to understand classical ink art, says Wang. 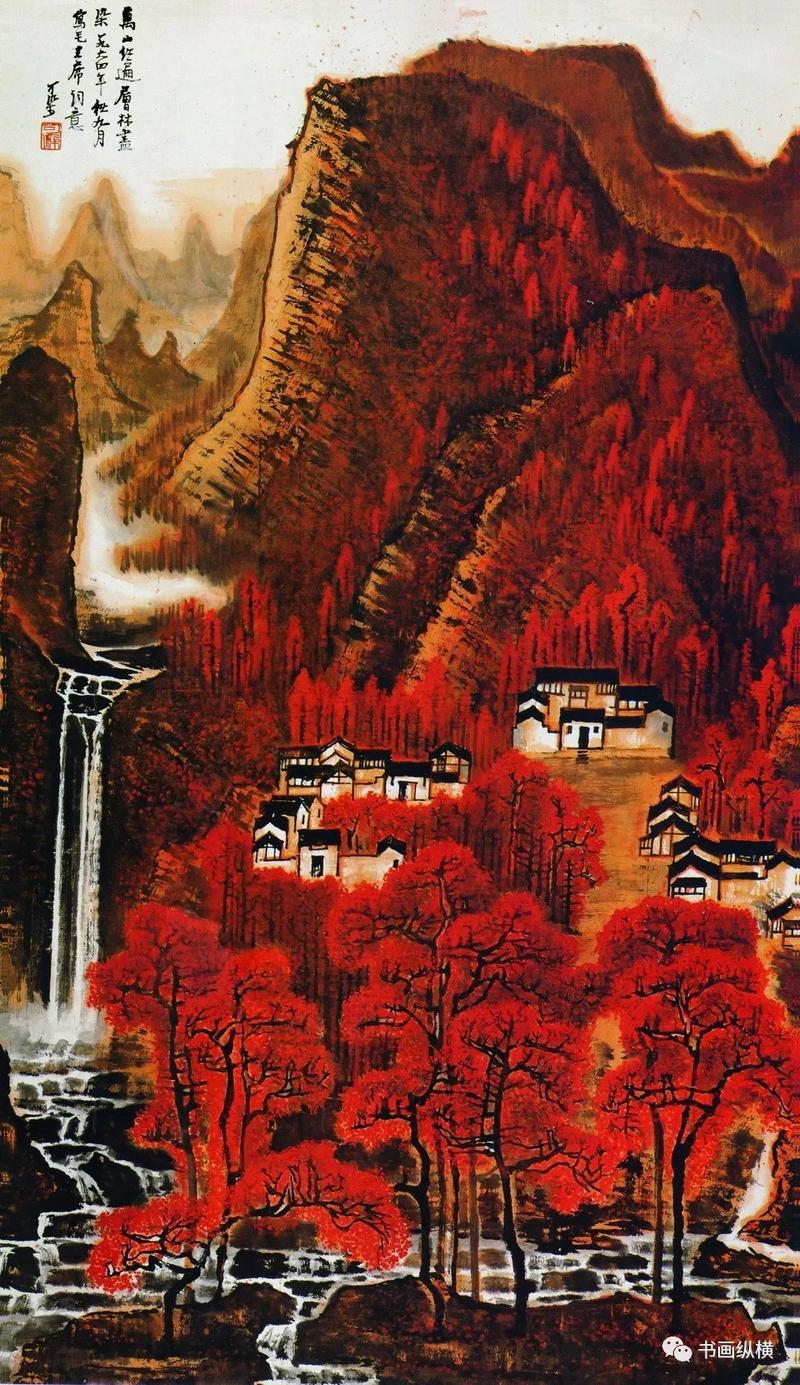 The ink-and-color works on display at an exhibition at the Beijing Fine Art Academy reveal Chinese artists' distinctive approaches to using red in brushwork. Highlights include a landscape painting by Li Keran. (PHOTO PROVIDED TO CHINA DAILY)

The centerpiece of the exhibition is Wan Shan Hong Bian (Ten-thousand Mountains Bathed in Red), a monumental work by the late master painter Li Keran. It is one of the seven landscape paintings－of different sizes but under the same title－which Li created between 1962 and 1964. The entire artwork was inspired by a poem written by Chairman Mao Zedong and depicts an autumn scene consisting of mountains, trees, waterfalls, streams and clusters of houses.

"Li applied a lot of red to deliver natural magnificence and solemnity in this painting, by which he addressed the revolutionary romanticism that marks Mao's poetry," says Wu Jiaojiao, the exhibition curator.

Wu says Li's painting sets a fine example of red being imbued with the implications of noble ideals, patriotism and loyalty in Chinese cultural traditions, and a similar example can be found in Passing by Lingdingyang, a poem by the 13th-century politician and poet Wen Tianxiang, in which he used danxin (literally meaning "red heart") to symbolize a patriotic zeal.

The ink-and-color works on display at an exhibition at the Beijing Fine Art Academy reveal Chinese artists' distinctive approaches to using red in brushwork. Highlights include Red Bamboo by Qi Baishi. (PHOTO PROVIDED TO CHINA DAILY)

Another highlighted painting on show is Harvest by prominent artist Huang Zhou, displaying a scene of celebration and national unity. The vivid work shows a joyful outdoor gathering under grape vines, attended by different ethnic groups in the Xinjiang Uygur autonomous region. In his lifetime, Huang traveled extensively in Xinjiang.

Wu says Huang shows artistic mastery in this work, detailing ethnic costumes of people and the musical instruments they play, as well as the intricate patterns on a big red carpet.

At this exhibition one will see how the use of red, whether in real life or art, reflects the Chinese take on the material world and spirituality over generations, Wu adds.

"There are blessings for peace, prosperity and harmony. And there is symbolism of nobility and high morality. Red is like a cultural totem for the people of this land. It is a celebration of life," Wu says.