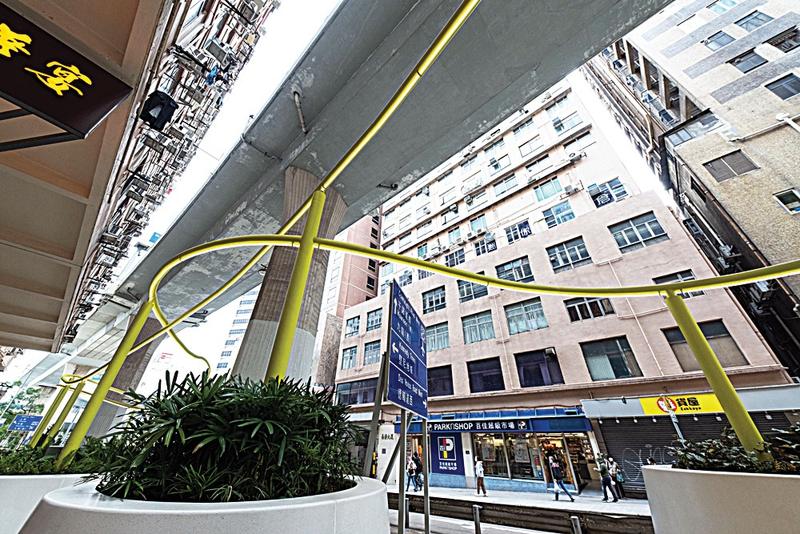 Sculptural lighting is integrated into plant beds, with additional illumination at the base of pot-plants. (PHOTO PROVIDED TO CHINA DAILY)

The sitting-out area under a flyover might not sound like an appealing place to hang out, but Design Trust — an initiative of the Hong Kong Ambassadors of Design — has been working to change that. Last month, flagship program Design Trust Futures Studio (DTFS) held the soft opening of its micropark in Sai Wan, under the flyover at Hill Road in Shek Tong Tsui. Sculptural lighting installations loop through the park’s vertical space, injecting a playful vibrancy. At ground level, benches and chess tables encourage visitors to rest and interact.

The studio launched its micro-parks project, Play Is for the People, in 2018. Marisa Yiu, Design Trust’s co-founder and executive director, and the lead curator of DTFS, says the project aims to transform public spaces in a way that enhances community spirit. 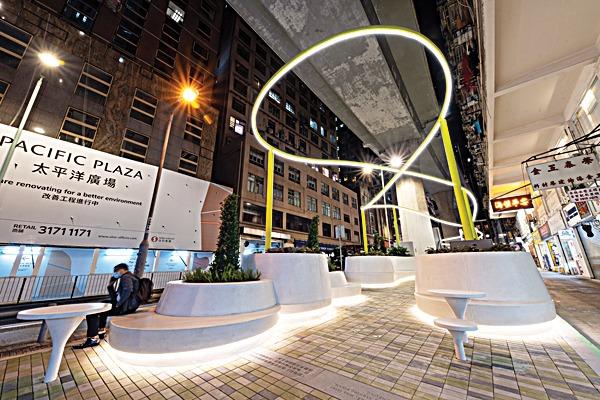 Sculptural lighting is integrated into plant beds, with additional illumination at the base of pot-plants. (PHOTO PROVIDED TO CHINA DAILY)

The team — comprising architects Aron Tsang and Andy Cheng, mentees Zoey Chan and Jose Fu, and mentor Gary Chang — has gone above and beyond to bring local residents together in an immersive, imaginative space.

Hill Road Sitting-Out Area is one of four micro-park revitalization projects for DTFS, following the 2021 launches of Mong Kok’s hot-pink Portland Street Rest Garden and Tsuen Wan’s bright-primary-color-driven Yi Pei Square Playground; also in Mong Kok, Hamilton Street Rest Garden is set to open in the coming months. “The last few years have been challenging with the pandemic, but it’s so incredibly inspiring to realize these concepts,” says Yiu, who describes her team’s public space designs as “thoughtful, interactive, practical yet playful”. 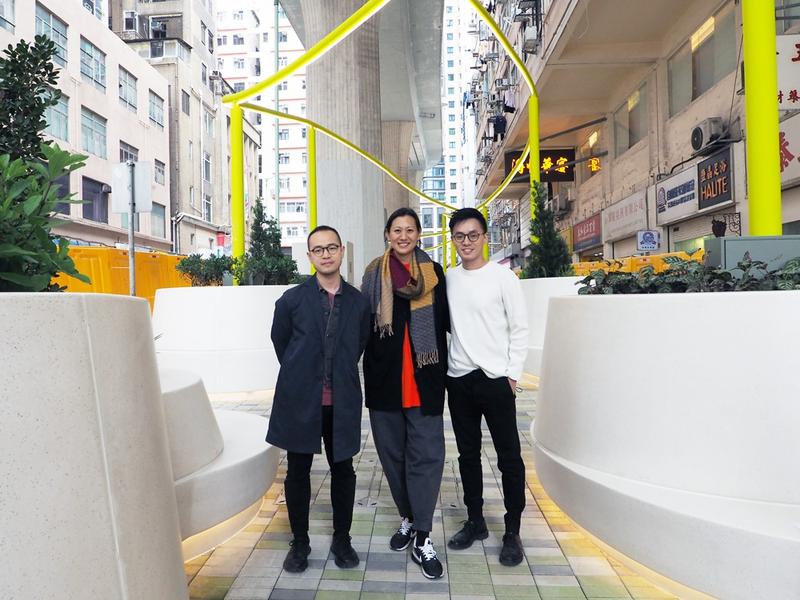 Despite the youthful, photogenic appeal of these “pocket parks”, Hong Kong’s elderly are the main target audience. Bearing in mind the cramped living conditions many Hong Kong people are forced to contend with, DTFS’ contribution is a vital one. Yiu says the aim was to maximize space under the Hill Road Flyover — something her team achieved through innovative lighting, spatial awareness as well as the upgrading of existing recreational facilities.

Historical context is an important design consideration. “Collective memories, and stories of the site and its history … (create) a more intimate relationship between existing users and their neighbors,” says Yiu. The team designed pebbled seating to reflect Shek Tong Tsui’s origins as a stone quarry, while the curves of the sculptural lighting echo the forms of the hilly landscape for which the road is named. On the ground, easy-to-read plaques commemorating major happenings in the area are designed to pique the curiosity of park visitors. 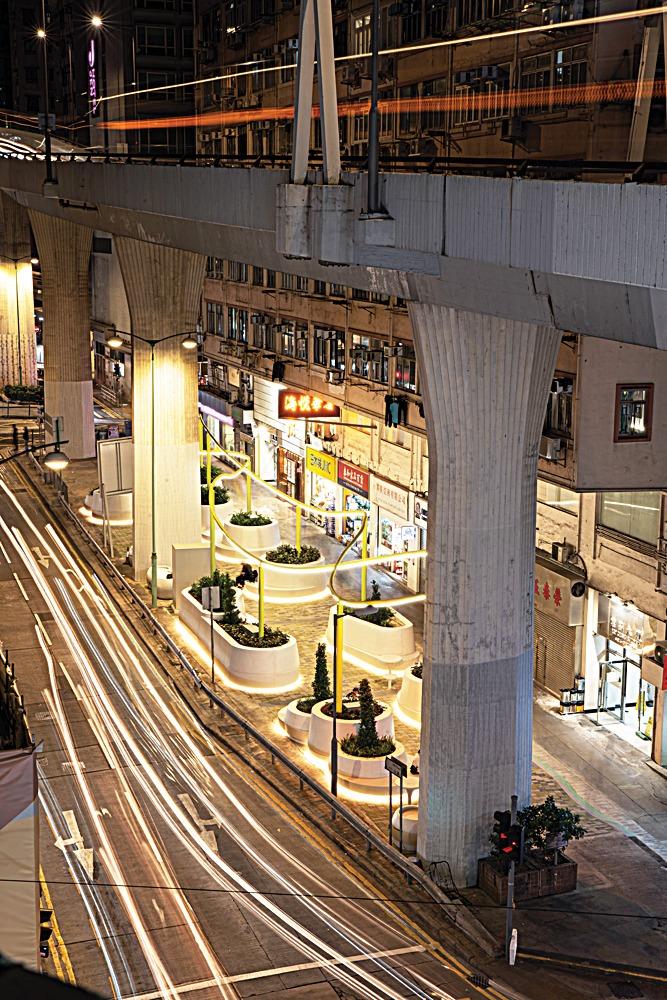 Notable historical moments include the 1904 opening of Tai Ping Theatre, the area’s status as a red-light district from the early 1900s until the mid-30s, the 1934 tragedy of a deadly gasholder explosion, and Shek Tong Tsui’s appearance in Lillian Lee Pi-hua’s best-selling novel Rouge (1984), which three years later became a Stanley Kwan movie starring Anita Mui and Leslie Cheung.

DTFS has developed a community map showing key locations in Shek Tong Tsui, which the public can access via the studio’s social media.

“Since the soft opening on December 20, we’ve encountered elderly users and passersby who’ve shared and reflected on the history of the space and location while exploring the greenery and seating modules,” Yiu says. “We’ve also witnessed an elderly gentleman playing the erhu.” Schoolchildren frequent the park too, she adds.

Every district in Hong Kong has its own distinct character, and Tsang and Cheng aim to reflect the iconic features of Shek Tong Tsui through the park’s design. They believe that encouraging a sense of belonging — to the micropark and the neighborhood — will lead more residents to treasure the park, bringing the community together.