Students impress instructors and the audience alike with their aptitude for songwriting and music at a summer camp and concert hosted by the Forbidden City Concert Hall, Chen Nan reports. 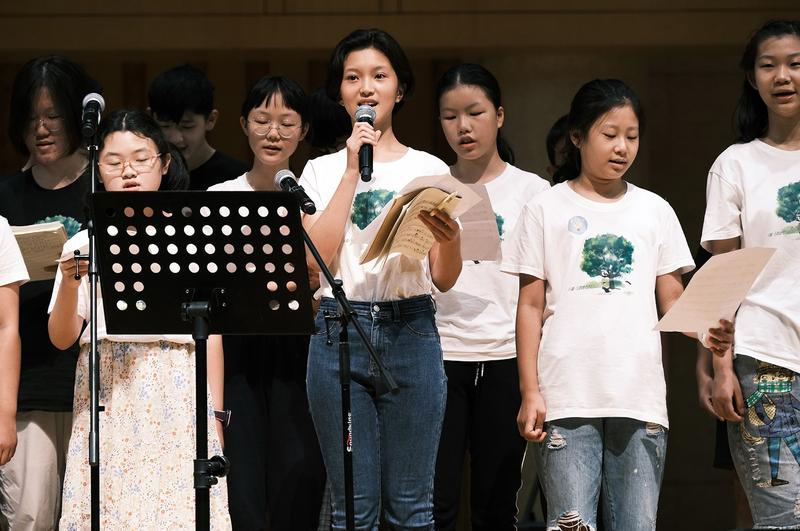 Zhu Qixuan wasn't frightened by her first encounter with songwriting.

The 12-year-old, who has been learning and playing guzheng for about three years, has always wanted to write her own songs, instead of playing music pieces that were written hundreds of years ago and are performed frequently by all guzheng players.

I have lots of experience working with students, but it was the first time that I taught them to write songs. They have inspired me, for sure.

When she took part in a three-day songwriting summer camp, Zhu fulfilled her wish and wrote her very first song. She named the cheerful and catchy song, Childhood and Summer, which she performed on the last day of the camp, July 26, at the Forbidden City Concert Hall in Beijing.

Her parents and the friends she made at the camp sat among the audience, waving their hands in time to her song and taking photos of her.

"Though I play guzheng, an old musical instrument that is often associated with images of beautiful ancient Chinese women, I love pop music and I love singing pop songs," says Zhu, who will be in sixth grade when her Beijing primary school class reconvenes this September.

"Next year I will become a middle school student, so I wanted to write a song commemorating my primary school and the friendship with my classmates," she adds.

She finished the melody on her guzheng and soon completed the lyrics. What surprised her most was the chords on the piano that her songwriting teacher Chen Chao added to her song.

"It was the first time that I learned about chords, since there are none on guzheng. My teacher built chords based on my song, which made it so beautiful," she says. "It feels great to take what I was feeling on the inside and turn it into something concrete－a song." 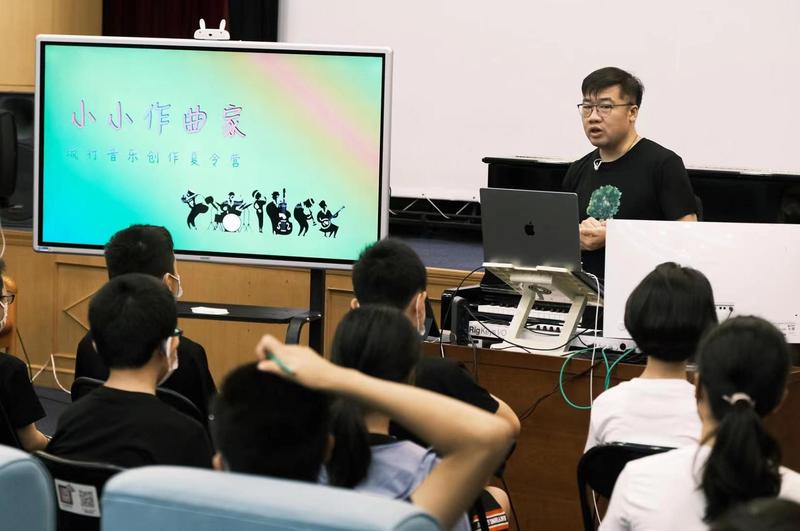 Alongside Zhu, about 20 students, aged between 11 and 16 years old, joined in the songwriting summer camp, which was organized by the Forbidden City Concert Hall. They wrote songs of various styles, from pop to jazz. Most of the lyrics were original and two students wrote songs based on traditional Chinese poems.

Eleven-year-old Guo Zihao is one of the youngest who participated in the camp and, when he performed his original song onstage, the audience clapped their hands in astonishment at his polished performance.

He wrote a hip-hop song, titled DJ in the Town, and rapped the lyrics.

"I wrote the song within an hour. It just came out naturally," says Guo, who was born in New York and moved back to China with his parents at the age of 5.

He learned to play the piano and also loves street dance, especially popping.

"I had never written a song before, but I do love singing. I made lots of friends at the summer camp who are not only good at music, but also inspired me to learn many other things, such as history," says Guo.

"I was very surprised about his performance. When we decided to send him to the songwriting summer camp, we just wanted him to learn something new," says Guo's mother. "After this experience, he told me that he has a clear idea about learning music and that he wants to learn to play bass."

Besides songwriting, the venue also offers 10 mini summer camps for youngsters centering on different art forms, such as Peking Opera, Kunqu Opera, pipa, guzhengand percussion. The summer camps are part of the concert hall's ongoing annual Gateway to Arts 2022 Summer Festival, which, since its inception in 1995, has established itself as one of Beijing's biggest youth art festivals during the summer vacation. This year, it started on July 3 and will run through August. 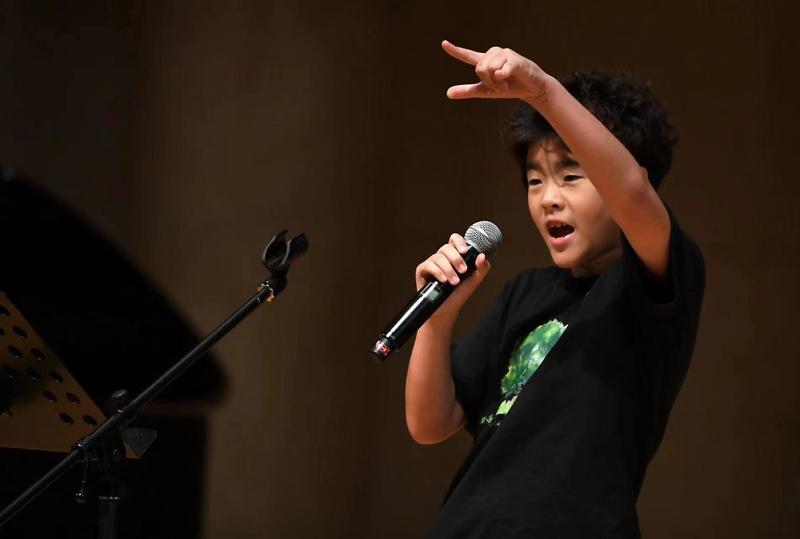 According to Xu Jian, the general manager of the Forbidden City Concert Hall, it was the first time that the festival featured a songwriting summer camp, which has received warm feedback from participants and parents. Those who applied to the summer camp were required to have experience learning either a Western or Chinese musical instrument.

Chen Chao, a veteran music producer and songwriter, who studied at Berklee College of Music from 2015-16, was invited to be the musical director and teacher of the songwriting summer camp.

"Young children are creative and musical by nature. For example, when a child sits there and plays with their toys, it is natural for them to hum while playing. That is songwriting," says Chen, who learned to play the piano as a child and mostly writes music for movies and TV dramas now.

"Though we just had three days, they showed a great aptitude for music, which was beyond my expectation," says Chen. "They immersed themselves in the art of songwriting and discovered melody, rhythm, harmony and lyrical techniques."

He taught the students about the fundamentals of songwriting, the most popular song structures and the essential components to effectively build a song. He also showcased tips about constructing a compelling melody and how to ultimately keep the listener invested in the song.

Each of the participants was given a songwriting assignment and they went back home to write songs on their own musical instruments. They were also encouraged to collaborate.

Chen adds that for students majoring in composition, it usually takes two semesters to master skills and theory about songwriting. "They completed an impossible mission," he adds.

He says it takes courage to sing original songs onstage.

"Songwriting is about taking any idea and turning it into art. It can just be a simple idea, a passing thought, a story, or a concept," Chen says.

He has taught music theory at primary and middle schools, as well as giving music workshops for children.

"I have lots of experience working with students, but it was the first time that I taught them to write songs. They have inspired me, for sure," he says.