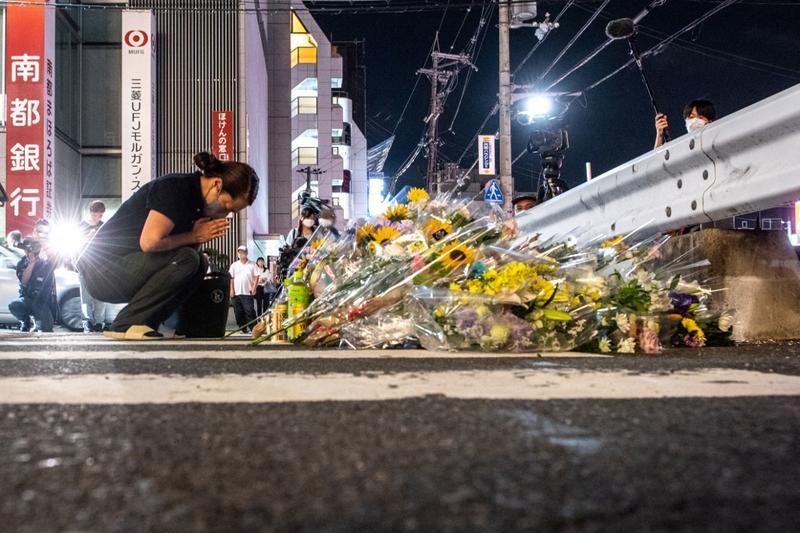 A woman reacts in front of a makeshift memorial where people place flowers at the scene outside Yamato-Saidaiji Station in Nara where former Japanese prime minister Shinzo Abe was shot earlier in the day on July 8, 2022. (PHILIP FONG / AFP)

TOKYO / NARA, Japan - Japanese police said the gunman who had admitted to shooting former prime minister Shinzo Abe used a handmade firearm he had fashioned out of metal and wood.

Abe, the longest-serving leader of modern Japan, was gunned down on Friday while campaigning for a parliamentary election, shocking a country where guns are tightly controlled and political violence almost unthinkable.

Abe, 67, was pronounced dead around five and a half hours after the shooting in the city of Nara.

Police arrested a 41-year-old man who was a Nara resident. Media reported his name as Tetsuya Yamagami. Police said he worked at Japan's Maritime Self-Defence Forces for three years but now appeared to be unemployed. They were investigating whether he had acted alone.

The suspect said he bore a grudge against a "specific organization" and believed Abe was part of it, and that his grudge was not about politics, the police said, adding it was not clear if the unnamed organization actually existed. 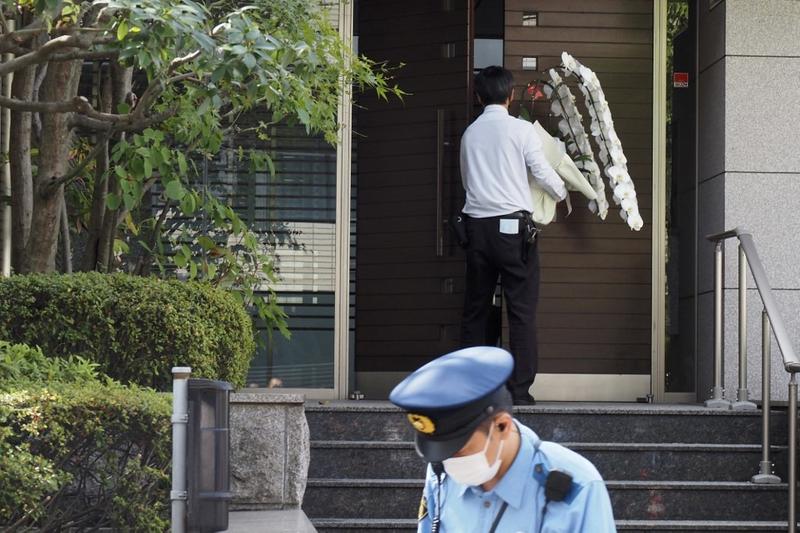 Earlier, as Abe still lay in hospital where doctors tried to revive him, Kishida struggled to keep his emotions in check.

"This attack is an act of brutality that happened during the elections - the very foundation of our democracy – and is absolutely unforgivable," he said.

Sunday's poll is expected to deliver victory to Japan's ruling coalition. "A wave of sympathy votes now could boost the margin of victory," James Brady, vice-president at advisory firm Teneo, wrote in a note

Campaigning in Japan was due to resume on Saturday in the final day of electioneering before polling for the upper house of parliament.

"A wave of sympathy votes now could boost the margin of victory," James Brady, vice-president at advisory firm Teneo, wrote in a note. The Liberal Democratic Party, where Abe retained considerable influence, was seen gaining seats in polling before the assassination.

Abe's death has raised questions about the security measures for public figures in Japan, where politicians commonly make direct appeals to voters outside train stations and supermarkets during campaigning season. 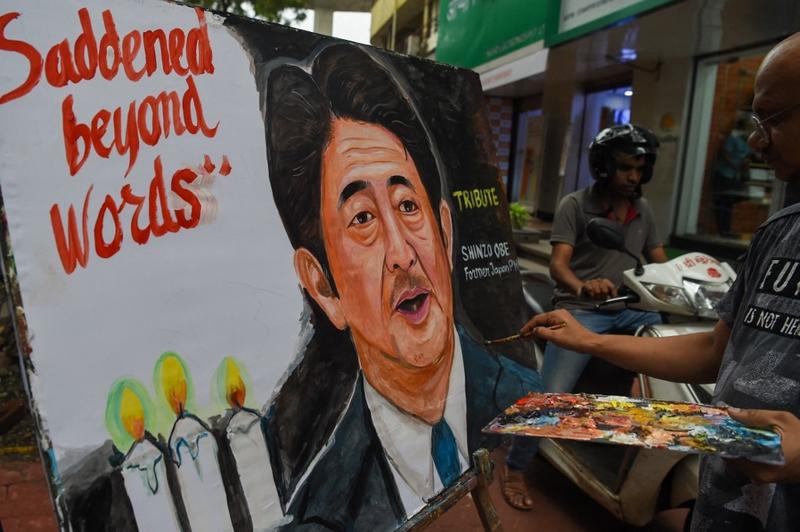 An artists gives final touches to a painting of former Japanese prime minister Shinzo Abe, in Mumbai on July 8, 2022, to pay tribute following his death after he was shot at a campaign event in the Japanese city of Nara. (PUNIT PARANJPE / AFP)

Many parties will hold back senior figures from making speeches on Saturday – an important stamp of approval for candidates – but campaigning will go ahead to demonstrate a resolution not to bow to violence, NHK reported.

A scion of a political family who became Japan's youngest post-war premier, Abe was rushed to a Nara hospital following the shooting before being pronounced dead in the late afternoon.

A vehicle thought to be carrying the body of the slain politician left the hospital before 6 am Saturday, NHK reported, and was thought to be heading for his Tokyo residence.