Peking Union Medical College seeks to inspire future generations of students with a series of sculptures depicting prominent figures from its past, Lin Qi reports. 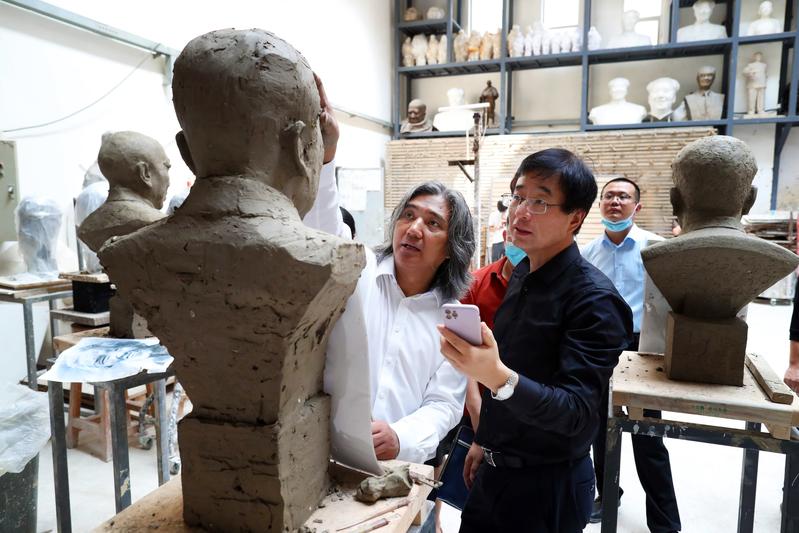 Wu Weishan, a well-established sculptor and director of the National Art Museum of China, has created statues of reputed global historical figures from the world of medicine throughout the years, such as Florence Nightingale, the founder of modern nursing known as "lady with the lamp", Hua Tuo, a Chinese physician and surgeon from the second century, and Li Shizhen, a 16th century pharmacist and author of the revered Bencao Gangmu (Compendium of Materia Medica).

More than a year ago, Wu received a special commission from the prestigious Peking Union Medical College in Beijing to make a collection of busts of 23 eminent figures from the college's history, who also contributed to the development of Chinese medicine.

Wu views the undertaking, one of the largest projects of his career, as both a challenge and an honor. The commission celebrates this year's centennial of the completion of the college buildings as well as the 65th anniversary of the Chinese Academy of Medical Sciences.

Busts of nine former heads of Peking Union Medical College, sculpted by Wu, were unveiled in September on the college campus, seated in Beijing's central area, with the rest set to be installed at the college soon. 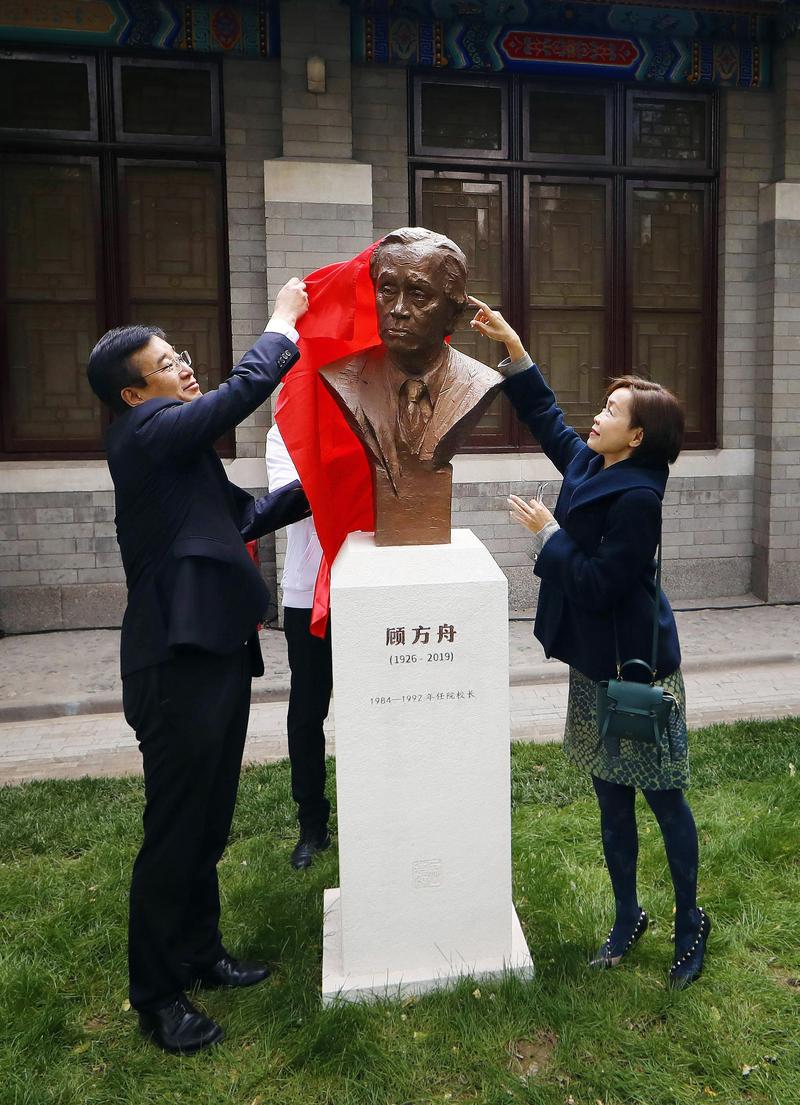 "From the very beginning, the college was built to introduce to the country the most advanced medical treatments and research in the world, and it trained some of the luminaries of modern Chinese medicine," Wu says.

Featured figures include Franklin C. McLean (1888-1968), the founding president who helped establish the high standards of teaching and research at the college, and Wu Jieping (1917-2011), who was trained at the college to be an outstanding urologist and who administered his alma mater from 1983-85.

Among those yet to be placed is Lin Qiaozhi (1901-83), who attended the college and revolutionized modern Chinese gynecology and oncology.

Wu Weishan says he hopes the sculptures will unveil to onlookers "the most valuable part of history", which bore witness to exchanges between the East and West and the highly efficient establishment and progress of modern medicine and medical studies in China, via the collective efforts of a group of scientists "who were devoted, dutiful and serious".

The artist says the works intensify a shared quality of gentleness, sincerity and confidence. "I feel that these figures were not only confident of their abilities in medicine and administration, but they also wanted to share that confidence and courage with both the people working with them and their patients.

"They wanted to build a relationship of openness so that they could be trusted by the patients, and together, they could confront the difficulties during treatment. I think this belief is still held dear by Peking Union Medical College today."

Wu Weishan says the current president of Peking Union Medical College, Wang Chen, and his colleagues visited his studio when he was working on the sculptures. "I was impressed by how familiar they are with the work of those former presidents, and respect them as if they were a dear father or grandfather.

"When I sculpted, I kept thinking about an old Chinese saying which states that those who heal people have a heart of benevolence."

Wang said at the unveiling ceremony that one can see in the eyes of the sculptures the former presidents' commitment, responsibilities, worries and hopes, and that in their presence, one would feel the need for constant self-reflection and encouragement.