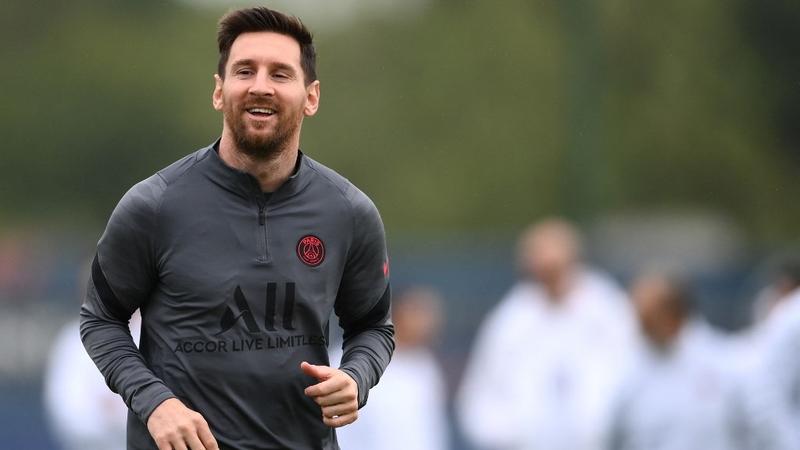 HONG KONG- After a year's absence, the Ballon d'Or presented by France Football is set to return next week. Amid the speculations, Lionel Messi's victory is seemingly foreseeable, but it is not a sure thing as Jorginho and Robert Lewandowski have blown the race wide open.

According to multiple media resources, Messi's seventh Ballon d'Or is a foregone conclusion. Despite being denied by the organizers time and time again for confidentiality reasons, the rumors are indeed credible.

For Lionel Messi, it is destined to be a bittersweet year in which he finally claimed a long-awaited major title at the senior national side when he captained Argentina to lift the Copa America trophy in July before a shock move to Paris Saint-Germain from Barcelona which he was widely believed to play for a lifetime

For Leo, it is destined to be a bittersweet year in which he finally claimed a long-awaited major title at the senior national side when he captained Argentina to lift the Copa America trophy in July before a shock move to Paris Saint-Germain from Barcelona which he was widely believed to play for a lifetime.

If we put the frustrating departure aside, Messi's performance on the pitch is still magnificent. He finished his last season with Barca as the best scorer of Spanish La Liga. 30 goals in domestic league on top of a Copa America laurel, Messi got the two main elements that Jorginho and Lewandowski lack to push for the Ballon d'Or.

Maybe to the naysayers, the Argentinian star's performance at the Parc des Princes is still far from impressive, but it will barely have material impacts on the final result. When Messi scored against Nantes last Saturday to collect his maiden goal in the French Ligue 1, he almost has the key to open the door of the Theatre du Chatelet where the ceremony takes place.

In a single calendar year, any player who wins a continental title alongside the Champions League will be considered as the top contender for the Ballon d'Or. The law is not exceptional in 2021 as Jorginho was one of the favorites after the Chelsea midfielder won the Champions League and was crowned the UEFA Euro 2020 with Azzurri.

For many football pundits, Jorginho is a true maestro with great techniques, a strong mentality and a cool head especially with his famous jump in spot-kick. Boasting Champions League and 2020 Euros simultaneously, it once made the 29-year-old the first choice on many people's pecking order.

But like it or not, the Italian's poor personal statistics played down his prospect in this competition. And no matter at Stamford Bridge or Coverciano, Jorginho is always behind the spotlight. If he were Cristiano Ronaldo or even a normal scorer with just 20 goals a season, he would have been a shoo-in for the prestigious award.

In addition, the Brazilian-born somehow came down to earth after flying high in the summer, especially he missed two penalties in a row when taking on Switzerland in two decisive World Cup qualifiers, had he converted either of them, Italy would have secured a straight qualification for Qatar next year. Gradually, the halo swirling around him has vanished, so it is hard to expect Jorginho to repeat what Luka Modric had done in 2018, by comparison, leading the Azzurri to go through the play-offs is more realistic.

Dating back to July last year, when the Ballon d'Or of 2020 was canceled due to the pandemic by the organizers who claimed "lack of sufficient fair conditions," it sparked controversies as most people thought it should be conferred on Lewandowski under any circumstances.

In 2020, Lewandowski experienced a fantastic year, as he won the treble with Bayern Munich and became the top scorer of the Bundesliga and Champions League. As we often say winner takes all scenario, the phenomenal performance from Lewandowski made France Football's explanation look pale and weak.