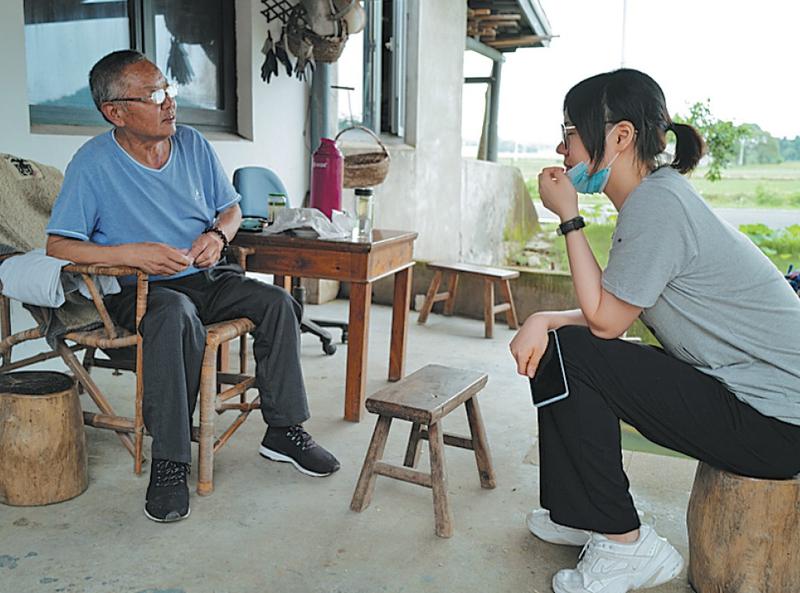 Students visit villages and talk to local people to know about their needs as part of the rural-revitalization project launched by Tsinghua University. (PHOTO PROVIDED TO CHINA DAILY)

Tsinghua University, in conjunction with local governments, is setting up bases in rural areas, which provide long-term, targeted assistance to villages' development and offer a platform for students to engage in the rural revitalization.

The construction of these bases, or "rural-revitalization stations", is a nonprofit project initiated by Tsinghua's School of Architecture in early 2018, aiming to coordinate multiple resources from the university to boost the development of areas near these stations. While the project organizers implement construction plans, local governments provide the financial support.

The station can bring nearby villages more development opportunities. It’s not a temporary project but a lasting one that will benefit villages in the next two decades or even longer

The project has involved around 1,500 teachers and students from more than 60 universities, such as the Communication University of China, Beijing Forestry University, Nanjing University and Tongji University, to carry out research in over 150 villages across the country over the past two years.

Tsinghua's architecture school has so far reached agreements with nearly 20 municipal or county-level governments to set up rural-revitalization bases.

At the project's annual convention in December, Jiang Shengyao, deputy secretary of Tsinghua University's Party committee, said that he hoped the project will attract more teachers and students to engage in rural revitalization.

He says the stations will serve as platforms for local governments, universities and social groups to explore innovative methods for rural revitalization and talent cultivation.

Zhang Hong, who teaches architecture at Tsinghua and is a main initiator of the project, says villagers can use the stations, featuring cinemas, libraries, meeting rooms, exhibition halls and other facilities, for gatherings, entertainment and training entrepreneurs.

They can also provide reception areas and workspaces for representatives from student organizations, companies and nonprofits that aim to help develop nearby villages.

For instance, in Fujian province's Minqing county, a local nonprofit is using the station to give classes and run workshops where villagers can learn planting and breeding techniques, ideas for promoting agricultural products and knowledge related to e-commerce. Training sessions for cultivating entrepreneurs in rural places are also offered at the station.

"The station can bring nearby villages more development opportunities. It's not a temporary project but a lasting one that will benefit villages in the next two decades or even longer," says Zhang, adding that it was the desire to carry out projects with "long-term impact" on rural development that motivated them to set up the stations. 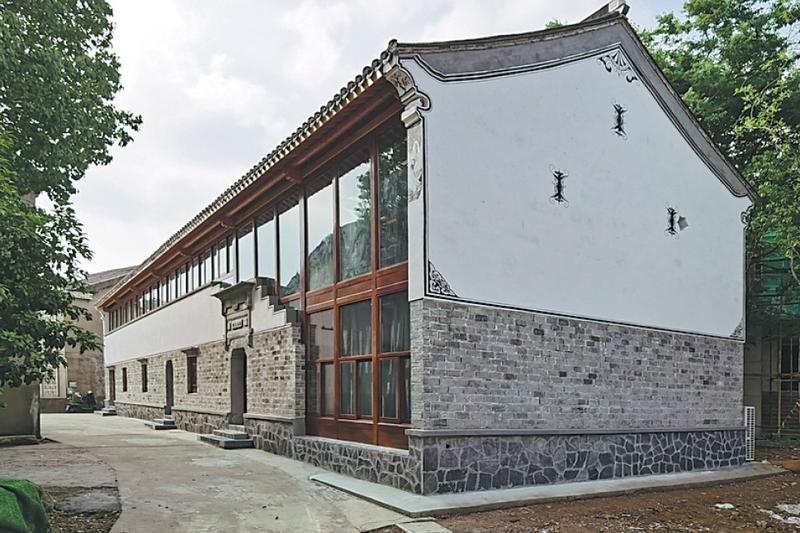 The "rural-revitalization stations" are designed by university students. (PHOTO PROVIDED TO CHINA DAILY)

Cheng Zhengyu, another initiator of the project, says they used to organize teams to visit remote villages during holidays to help local people renovate old houses.

"We typically only visited each destination once," he says.

"We didn't know if our renovation plans were actually working. However, after the stations were set up, we could forge long-term connections with the villages, making sure our efforts brought positive changes."

The architecture school at Tsinghua has integrated the revitalization project into its curriculum.

"Students are required to design the stations' buildings in class and implement the plans when they visit villages during holidays, which gives them a precious opportunity to build a structure from scratch in their university years," says Cheng.

He previously studied architecture at Tsinghua and is now a doctoral candidate at the university's School of Marxism.

The teachers and students in the project discuss construction with local officials and conduct surveys in villages to gather information before designing the stations.

"Local conditions are taken into consideration when designing the buildings," says Cheng.

For example, a station featuring a cultural museum is being established in Nanjing city's Gaochun district, which boasts cultural heritage like ceramics. In Wendeng district of Shandong province's Weihai city, which aims to facilitate the development of architecture and design, the station's structures have been given an artistic, modern touch, attracting many designers to visit.

During the process, students can also learn how to ensure efficient communication with local construction teams, Cheng says.

As the project grew bigger, its teams started to recruit students from other schools and universities.

"The local government of Nanjian Yi autonomous county in Yunnan province needed eye-catching designs for the packaging of walnuts, tea, oranges and other local agricultural products. So, we encouraged students studying art and design to join us," Cheng says.

Cheng's team also runs a WeChat public account, where participants share their experiences and achievements in the project, which inspires other students to join the rural revitalization.

Former Tsinghua architecture postgrad He Yunjuan says: "I often read the stories they shared, and my tutor, who is involved in the project, also talked with me about what they had experienced when exploring the revitalization projects in villages. I was touched, and the idea of working for rural development after graduation hit me."

The native of Yunnan's Ninglang county decided to work for the province's Housing and Urban-Rural Development Department after graduating in 2018. The following year, she joined poverty-alleviation work in Dacang village in Yunnan's Xiangyun county. Then, she got in touch with her former university's revitalization project and took advice from experts about renovating shabby houses and improving rural infrastructure. They're preparing to set up a station in a county near Dacang, she says.

Every week, the 27-year-old volunteers to teach English to roughly 80 students at a local primary school, in the hope that the language will open a window to the outside world for the students, many of whom are "left-behind" children whose parents work in cities outside the area.

"The project will help me to better work on poverty alleviation in the village," she says.

The program organizers from Tsinghua have also introduced an online-education platform for the village school.