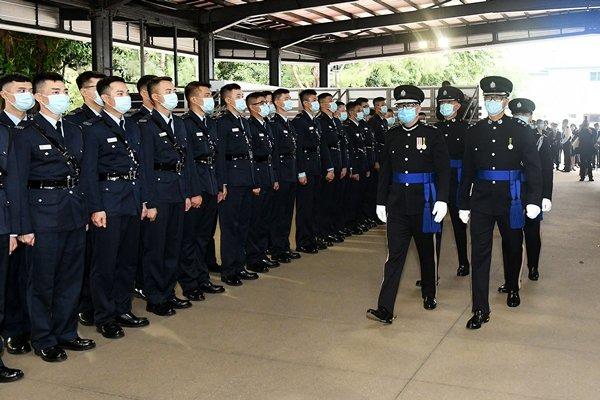 Tang Ping-keung, the commissioner of police of the Hong Kong Special Administrative Region (HKSAR) government, made the remarks when inspecting a passing-out parade at the Hong Kong Police College.

Tang Ping-keung, the commissioner of police of the HKSAR government, made the remarks when inspecting a passing-out parade at the Hong Kong Police College

The parade was held for a total of 173 police officers including 46 probationary inspectors and 127 recruit constables graduated in September and November.

The police force stood firm in the face of violence and the COVID-19 epidemic during the past year and worked closely with the public to combat the virus and safeguard Hong Kong, Tang said.

Tang said he is proud of the graduates as they chose to join the police force when the law and order of Hong Kong were facing a huge threat.

While staying vigilant against the resurgence of violence, the police must rebuild a sense of security in the community and consolidate again the public support, he added.