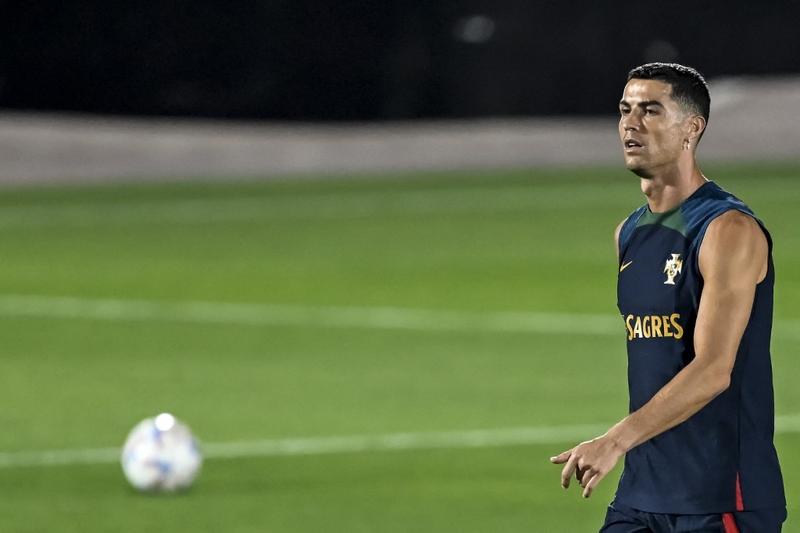 AL RAYYAN — Cristiano Ronaldo was upset when he was left out of Portugal's starting lineup against Switzerland but the conversation to drop him was completely normal and it is high time the world stopped focusing on the matter, coach Fernando Santos said on Friday.

Ronaldo was benched as Portugal thrashed Switzerland 6-1 in the last 16. Later, the country's football federation had to publicly deny reports that their skipper had threatened to leave during the tournament after talking with Santos.

Portugal play surprise package Morocco in the quarter-finals on Saturday and a visibly frustrated Santos took great pains to explain what happened behind the scenes to put the issue to bed.

"He (Ronaldo) has never told me he wanted to leave our national team. It's high time we stopped talking about this conversation... It's high time to leave Ronaldo alone and acknowledge what he has done for Portuguese football," Santos said.

"Yes, we did have a conversation... It needed to happen, it's part of our basis. I don't do that with all my players but he's the captain of our squad. You know what he represents for Portuguese football, the Portuguese people and national team.

"I invited him to my office (on matchday) and told him, 'Listen, you're not going to be one of the starters. In terms of strategy it's better if you are not on the field.' We expected the game to be difficult and I'd save him for the second half."

Ronaldo, the country's all-time top scorer, came on as a substitute and, though he did not score, Santos said he had been professional throughout by warming up with his team mates and celebrating each goal.

"Cristiano obviously wasn't very happy about it (being benched) because he's always been a starter ... and he asked me if it's a good idea," Santos added.

Joao Felix was one of the players who came into his own in the match against Switzerland, grabbing two assists as the Atletico Madrid forward pulled the strings and unlocked the Swiss defence.

The 23-year-old denied reports that the players were instructed to pass to Ronaldo whenever he was on the pitch and implored the Portuguese people and press not to create a hostile environment for the team.

"We pass to the best player available. Everyone has opinions, they can interpret the match as they wish, but in my opinion we don't always have to pass to Cristiano," Felix said.

"The team always evolves well and it's not because he's on or off the pitch that the team plays better or worse."

Portugal played Morocco at the 2018 World Cup when Ronaldo scored in a 1-0 win and Santos said he remembered how they had to "suffer" to seal victory.

"This is a very strong team, even in offensive positions. To think this is going to be an easy match for Portugal, it won't be," Santos added.

"My players know what this opponent will offer, how competent they are. So we have to go on the pitch with the same joy and without fear to play confidently, because obviously it isn't enough to just be competitive."

The winners will face England or France in the semi-finals.