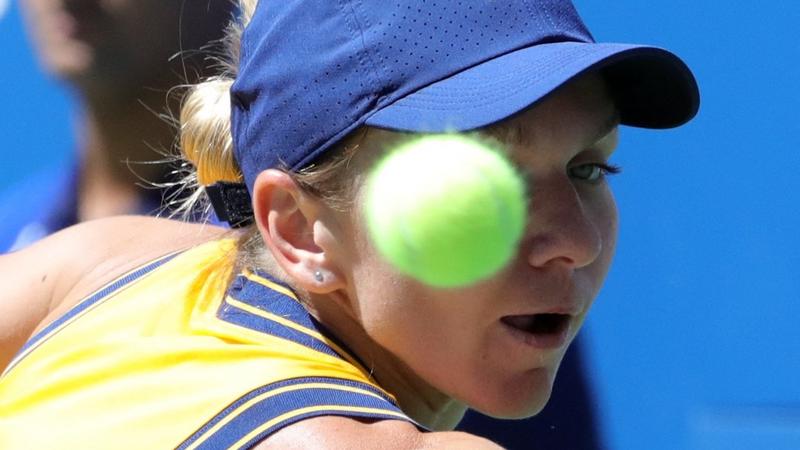 TORONTO - Romania's Simona Halep fought off a late rally from Coco Gauff to secure a nervy 6-4 7-6(2) win on Friday and advance to the Canadian Open semi-finals for a fifth time.

In four career meetings, including three this year, Coco Gauff has yet to take a set off Simona Halep, who next faces another American in seventh seed Jessica Pegula - a 6-3 6-3 winner over Kazakh Yulia Putintseva

Twice champion Halep, up a set and leading 4-1 in the second, looked headed for an easy passage into the last four.

But Gauff dug in and rallied to force the second set to a tiebreak before 15th-seeded Halep finish off the 10th seed in the tiebreak to maintain her dominance over the American.

In four career meetings, including three this year, Gauff has yet to take a set off Halep, who next faces another American in seventh seed Jessica Pegula - a 6-3 6-3 winner over Kazakh Yulia Putintseva.

"I'm really pleased with the way I stayed there strong mentally," said Halep, after reaching her 29th career semi-final at a WTA 1000 event - more than any other player.

"And I fought for every point which was really important because she's doing the same thing. Mentally I'm strong even if I struggled a little bit in the second set."

Halep certainly struggled in the second as she twice served for the match at 5-4 and 6-5 only to be broken each time.

But the twice Grand Slam winner refocused in the tiebreak to stop the contest going to a third and registered her 36th win this season behind only Iga Swiatek (48) and Ons Jabeur (37).

The 30-year-old also had to wrestle with her serve, committing eight double faults while giving French Open finalist Gauff plenty of chances with 12 break opportunities.