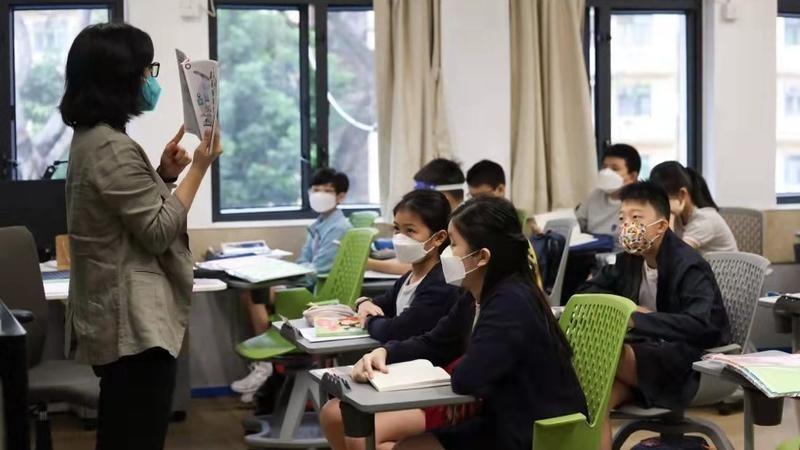 Friday's daily caseload marked a drop from the previous day's 5,020, when the tally surpassed the 5,000 mark for the first time since April 1.

In a statement, the Education Bureau noted that the decision has taken into account the latest epidemic situation, the readiness of schools as well as advice from health experts.

Students and teachers will also be required to continue taking daily rapid antigen tests in the new academic year until further notice, according to the Education Bureau

Students and teachers will also be required to continue taking daily rapid antigen tests in the new academic year until further notice, according to the bureau.

"As the daily rapid antigen test (RAT) arrangement helps with gatekeeping at school, after listening to the views of the Centre for Health Protection of the Department of Health, the EDB considered it necessary for schools to maintain the daily RAT arrangement in the new school year until further notice, the bureau said, adding that it will keep distributing test kits to needy students.

Secondary schools that have all their staff fully vaccinated and a student inoculation rate of at least 90 percent could arrange whole-day face-to-face classes for students, according to the statement. 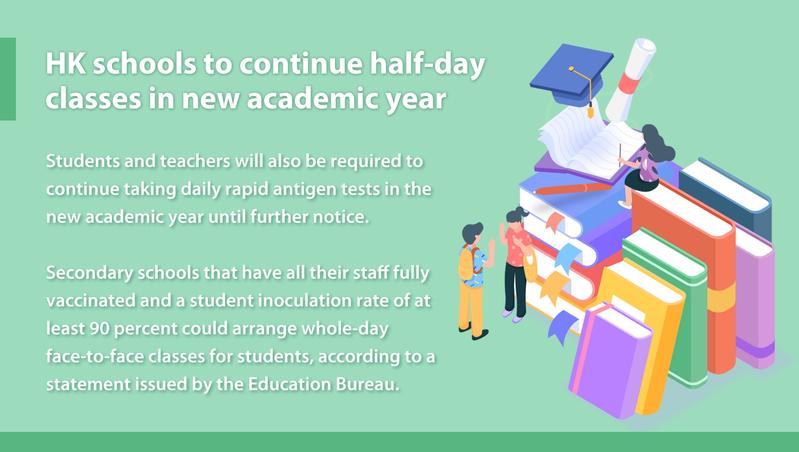 Chuang Shuk-kwan, head of the communicable disease branch of the Centre for Health Protection, said at a news briefing that Friday's new cases comprised 4,223 local infections and 205 imported cases.

Chuang Shuk-kwan, head of the communicable disease branch of the Centre for Health Protection, said at a news briefing that Friday's new cases comprised 4,223 local infections and 205 imported cases

Of the 205 imported cases, 37 were detected at the airport, 133 at quarantine hotels, and 35 after quarantine. Forty came from the United Kingdom, 18 arrived from the United States, 18 from India and 17 from the Philippines.

She said 255 schools reported 270 students and 51 teaching staff members testing positive on Friday. Authorities have advised Yuen Long Merchants Association Primary School and Pods Kindergarten & Pods Preschool in Tin Hau to each suspend one class for one week after some students and teachers were confirmed infected.

Lau Ka-hin, chief manager (quality and standards) of the Hospital Authority, said in the same briefing that four more patients had passed away, bringing the city’s toll during the fifth wave to 9,318.

They included a 70-year-old woman who had received three doses of the COVID-19 vaccine. She felt unwell and tested positive for the virus via a rapid antigen test on Aug 4. She was sent to the accident and emergency department of Kwong Wah Hospital, where her condition deteriorated rapidly and passed away. Her case has been referred to the coroner, Lau said.

The other patients, involving one man and two women aged from 83 to 94, also suffered from underlying ailments, including hypertension, heart diseases and renal impairment.

Lau added that 1,492 patients were being treated in public hospitals as of Friday, including 145 new cases. Twenty-eight were in critical condition, including eight in intensive care, and 16 in serious condition.