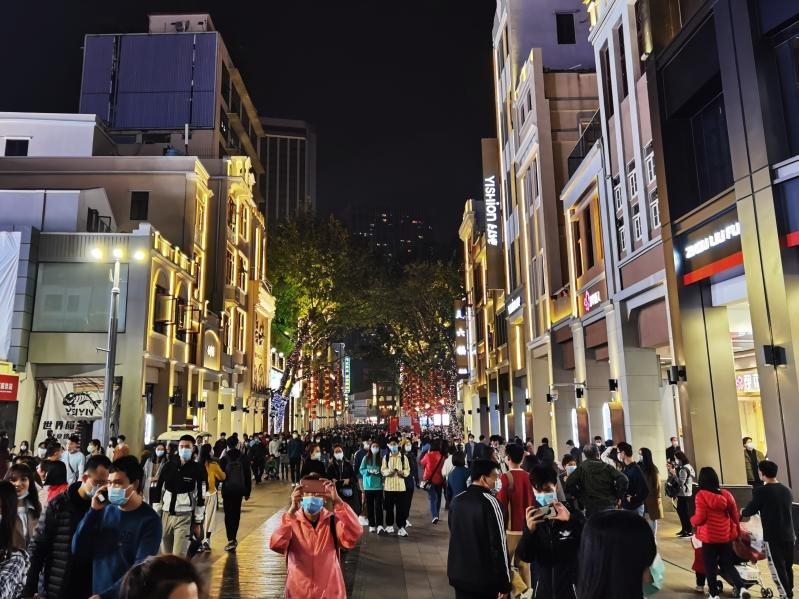 The global economy is expected to grow at 2.9 percent in 2022, which is only slightly more than half of last year's expansion, the World Bank predicted on Tuesday, warning that the pain of stagflation — a mix of high inflation and slow growth — could persist for several years.

For China, the 189-member anti-poverty agency said in its June Global Economic Prospects that the world's second-largest economy is expected to grow 4.3 percent in 2022 and 5.2 percent in 2023.

The World Bank noted that economic activity has slowed sharply in China due mainly to COVID-19 outbreaks and strict lockdowns, with growth in consumer spending particularly subdued, and that China is taking measures to ease the economic pain

The forecast for this year has been downgraded 0.8 percentage point from the January projection, reflecting "larger than expected" damage from COVID-19 and related lockdowns.
READ MORE: WB warns of stagflation, cuts '22 global growth forecast to 2.9%

The World Bank noted that economic activity has slowed sharply in China due mainly to COVID-19 outbreaks and strict lockdowns, with growth in consumer spending particularly subdued, and that China is taking measures to ease the economic pain.

"Policy action has been pursued to cushion the slowdown. The People's Bank of China has implemented policy rate and reserve requirement cuts, relaxed regulations on bank loans for low-cost rental housing, and allowed commercial banks to lower mortgage rates," the World Bank said in its report.

It cautioned that the outlook is subject to significant risks, including possible repeated COVID-19 outbreaks and the ensuing strict lockdowns across major cities, which would curtail the recovery of consumption and services activity, disrupt supply chains and weigh on investor confidence.

The World Bank's report regarding China mirrors what is happening in China, especially in policy support, as the country has taken swift and strong actions to rein in the renewed flare-ups of the pandemic.

On May 25, Chinese Premier Li Keqiang said the country's economy, in some respects, faces difficulties even greater than in early 2020, when the nation was hit hard by the first wave of the COVID-19 outbreak.

Earlier last month, China rolled out a package of measures to further stabilize the economy and better coordinate epidemic control.

Those include 33 detailed policy measures designed to ramp up fiscal and financial support, bolster investment and consumption, guarantee food and energy security, smooth industrial and supply chains, and ensure people's livelihoods, according to a Xinhua report. 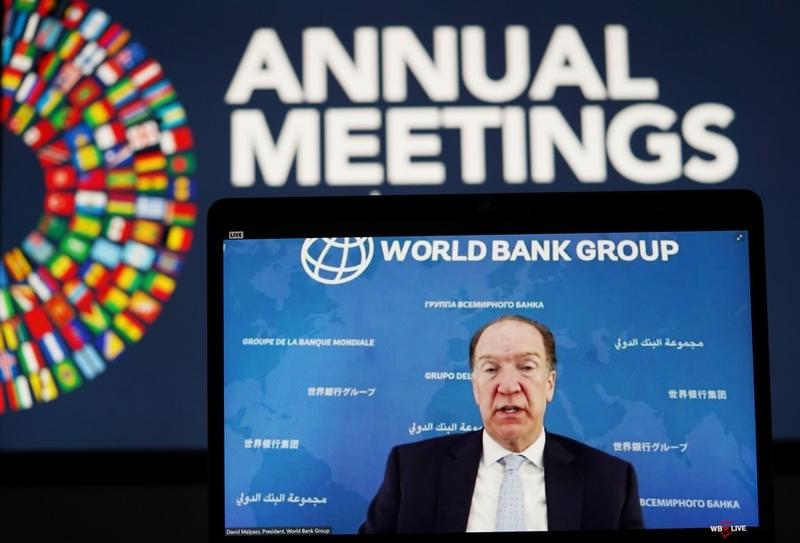 World Bank Group President David Malpass speaks at a virtual news conference during the annual meetings of the World Bank Group and the International Monetary Fund in Washington, DC, the US, on Oct 14, 2020. (LIU JIE / XINHUA)

Premier Li has underlined the need to ensure that the government's aid packages extended to all eligible businesses, and that swift actions be taken to get the economy back on track.

For the United States, the World Bank predicts its growth would slow to 2.5 percent in 2022, 1.2 percentage points below previous projections, reflecting sharply higher energy prices, tighter financial conditions and additional supply disruptions caused by the conflict in Ukraine.

The US' growth is expected to moderate further to an average of 2.2 percent in 2023-24, as continued withdrawal of fiscal support and monetary policy-tightening weighs further on activity, according to the World Bank report.

Worldwide, the World Bank forecasts a "sizable downgrade" to global growth, expecting the pace to slow sharply from 5.7 percent in 2021 to 2.9 percent this year.

That forecast also reflects a nearly one-third cut to the January 2022 forecast for this year of 4.1 percent.

Contributing factors include the situation in Ukraine, surging inflation and rising interest rates, noted the World Bank, adding that several years of above-average inflation and below-average growth are now likely, with potentially destabilizing consequences for low- and middle-income economies.

"It's a phenomenon—stagflation—that the world has not seen since the 1970s," World Bank President David Malpass wrote in the foreword to the report.

Reducing the risk of stagflation will require targeted and impactful measures by policymakers across the world, Malpass noted.

These efforts include limiting the harm to people affected by the Russia-Ukraine conflict, countering the rise in oil and food prices, stepping up debt relief efforts, strengthening health preparedness and efforts to contain COVID-19, and speeding the transition to low-carbon energy sources.