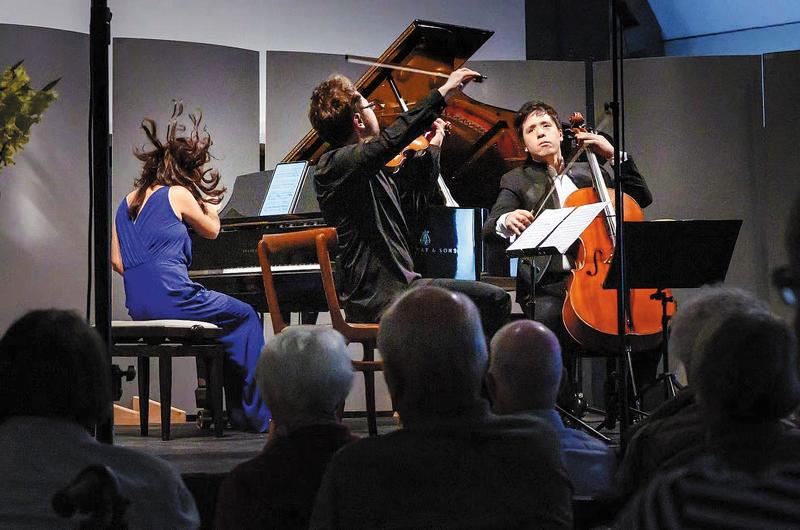 The Sitkovetsky Trio performs at a concert. (PHOTO PROVIDED TO CHINA DAILY)

Pianist Wu Qian considers herself as one of the lucky ones－having been discovered for her piano playing talent early on in life, earning scholarships throughout her studies in the United Kingdom, and winning notable awards along the way.

She wants to give back by sparking young people's interest in classical music and inspiring more musicians from the younger generation with her projects in music performance and education, including the new album Ravel & Saint-Saens Piano Trios by the Sitkovetsky Trio, of which she is a founding member.

The album, published by record label BIS Records, was released in July and features the work of two French composers: Maurice Ravel's Piano Trio in A Minor, M 67 and Camille Saint-Saens' Piano Trio No 2 in E Minor, Op 92.

"There are not so many historical recordings for these two pieces. We wanted to take our own unique path. I think we have captured a very personal and interesting interpretation, and we have succeeded in making this recording as vivid as listening to a live concert," Wu says.

"We loved exploring differences with the sonorities and colors at our disposal," violinist and founding member of the trio, Alexander Sitkovetsky, says, addressing the distinction between the pieces chosen.

"This year also marks the centennial of Saint-Saens' passing, so it felt an especially fitting time to release this recording. We are so excited to share it with everyone."

From a more intuitive aspect, the choice for these pieces to be included on the album comes from the trio's love for chamber music. Wu recalls that every time the trio performed these pieces live, they would feel a closer connection with the composers and a deeper understanding of their works.

Wu discovered the charm of chamber music during her studies at the Yehudi Menuhin School in the UK, which, according to Wu, puts a strong emphasis on chamber music in its education, encouraging students to rehearse together to gain relevant experience.

Born in Shanghai in 1984, she started learning the piano at the age of 6 and, just five years later, she was discovered by pianist and music educator Malcolm Troup, who secured a scholarship for her to study at the music school.

Wu arrived in the UK by herself at the age of 13 and proceeded to acquire bachelor's and master's degrees at the Royal Academy of Music in London with full scholarship, during which she won international awards and acclaim. 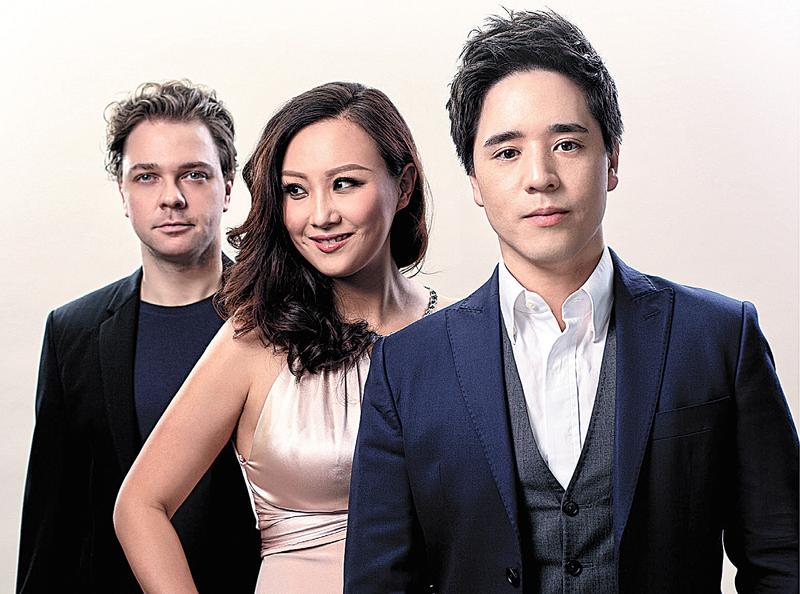 In 2007, Wu was invited by a recording company to perform as part of a trio. She chose two schoolmates from the Menuhin school to join her, violinist Alexander Sitkovetsky and cellist Leonard Elschenbroich, and the three formed the Sitkovetsky Trio shortly after. In 2017, cellist Isang Enders joined the trio in replacement of Elschenbroich.

Apart from the experience gained at school, Wu says a reason for choosing to work as a trio was that being a solo pianist can be "too lonely".

"The chamber music experience gave me lifelong friends. Also, every time we rehearse together, we each share our personal understanding and expression of the music style. I feel we have been constantly inspiring each other, and we can always learn something new from each other," she says.

For this new release, the trio took a new approach in promoting the album, and classical music in general. They made a short animated film on the story of Ravel, with the second movement of Ravel's Piano Trio in A Minor as the background music.

Wu says the inspiration for making the animation came from the cartoon series her children were watching on TV, the background music of which fascinated her greatly. She says she hopes that since children love cartoons so much, combining them with classical music will spark the interest of more children, especially those who don't necessarily have much exposure to the art form.

"Classical music is something that children should be given the opportunity to listen to at a young age in order to appreciate it when they're older. Even if they can only listen to it once or twice a week, it will become a part of them, and they will grow with it," she says.

"So I think the best way to promote classical music among the younger generation is to help them absorb it from a young age and embed it in youth education."

She says the trio will continue to produce more of these classical music cartoons and, perhaps one day, the trio will screen the short films at their concerts, so that the audience can learn about the stories of the composers while appreciating the music.

Apart from performing, she has also founded the Investec International Music Festival at Surrey Hills near the Yehudi Menuhin School, and has been appointed associate professor of chamber music at Southern Methodist University in the United States.

"It's my responsibility to not only perform, but also always give advice to, or teach, younger generations and pass on what I have learned. Whenever I have time, I always want to give workshops and master classes to help, and hopefully inspire, more musicians of the younger generation," Wu says.