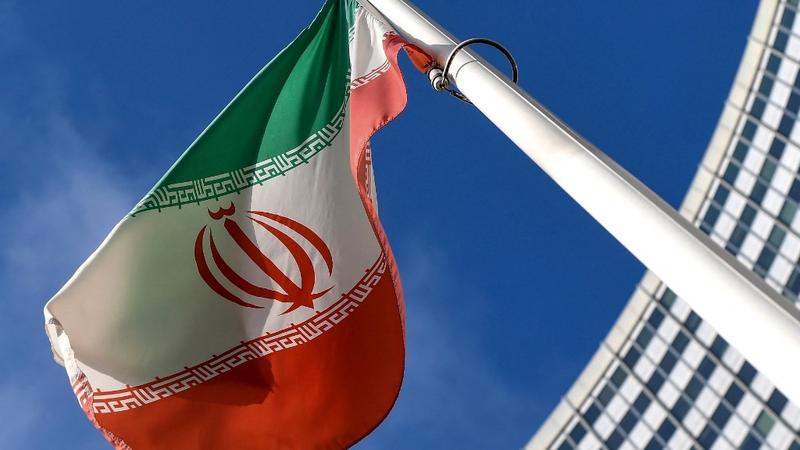 The Iranian national flag is seen outside the International Atomic Energy Agency (IAEA) headquarters during the agency's Board of Governors meeting in Vienna on March 1, 2021. (JOE KLAMAR / AFP)

The agreement reached between the International Atomic Energy Agency and Iran on Sunday should be viewed as a positive and constructive development.

In a last-minute visit to Teheran, IAEA chief Rafael Grossi obtained an agreement that solves "the most urgent issue", the overdue servicing of the IAEA's monitoring equipment.

Iran agreed that IAEA experts will visit Iran to replace the memory cards in the surveillance cameras at the nuclear facilities and take necessary technical measures for the cameras. The latest agreement helps Iran narrowly avoid a new round of condemnation from Western powers, who subsequently scrapped plans for a resolution criticizing Iran at the UN atomic watchdog on Monday.

It may also kick-start the long-anticipated talks between Iran and the United States on the latter returning to the 2015 Iranian nuclear deal.

Following the six rounds of nuclear negotiations from April to June in Vienna that failed to bring Washington back to the 2015 nuclear deal, officially known as the Joint Comprehensive Plan of Action, or remove US sanctions against Iran, Teheran suspended the IAEA's access to the agency's monitoring apparatus installed inside the country's nuclear facilities.

Sunday's agreement allows the IAEA to prolong its monitoring of some of Iran's nuclear activities, reviving hopes that diplomacy can resolve the Iranian nuclear issues. The time is ripe for the US and Iran to answer the calls of the world community and resolve their differences through dialogues and consultation.

With the international efforts to resume the Iran deal producing a deadlock after the Vienna talks in June, both Iran and the US have indicated their willingness to resume the talks, albeit taking a tough line. To press Iran to the negotiating table again, US Secretary of State Antony Blinken warned earlier this month that time was running out for reviving the Iran nuclear deal.

On Iran's part, in a recent televised interview, Iran's new President Ebrahim Raisi said that "negotiations are an option as a diplomacy tool", although he also stressed that "negotiation under pressure and threats is not acceptable at all."

It is obvious that despite their willingness to resume their talks, Washington and Teheran have serious differences on a range of issues to overcome. The world's hopes that talks will restart soon could turn out to be wishful thinking.

To ensure that is not the case, the international community should prompt the parties to the nuclear deal to take steps to fulfill their international responsibilities and do their utmost to revive the deal at the earliest opportunity, thus making positive contributions to the world's nuclear non-proliferation cause.