Gordon Lee has won a top prize at the World Harmonica Festival and played at major international music venues. The lead act in a concert next week, Lee is also doing his bit to popularize the instrument in Hong Kong. Neil Li reports. 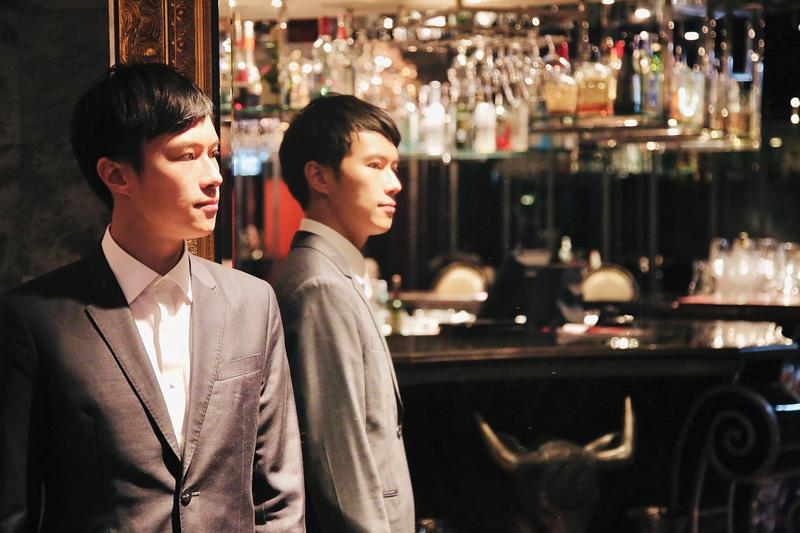 Harmonica virtuoso Gordon Lee takes a moment off rehearsals at the Luxe Manor, ahead of his concert with City Chamber Orchestra of Hong Kong next week. (RAYMOND CHAN / CHINA DAILY)

The relatively small size and approachable design of a harmonica could make it look like the instrument is easy to master. But it isn’t so. Hong Kong harmonicist Gordon Lee says it’s actually quite a complex instrument — one of the very few wind instruments that can be played both by inhaling (musicians call it “drawing”) and exhaling (or “blowing”).

“Of all wind instruments, the harmonica involves the most number of playing techniques. Since you can play by drawing and blowing, you essentially have to learn twice the number of techniques,” Lee says.

While most wind instruments come with only one mouthpiece to play on, the harmonica has a number of chambers, each containing at least one reed, adding to the difficulties in controlling and mastering techniques such as harmonization.

“Some people think of it as a toy, as it will produce a sound when you blow on it. But if you are serious about learning it, you will find out how difficult it can be if you don’t know how to control your breathing.” 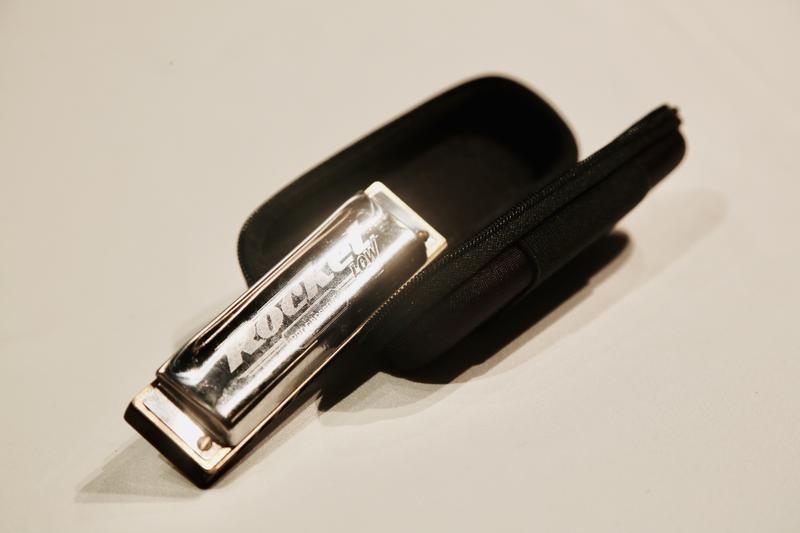 Lee began playing the harmonica when he was 6 years old. He was learning other musical instruments at the time, but was immediately drawn to the unique sounds of the harmonica and how comfortable it felt in his hands. Ultimately, Lee decided to make the harmonica his main instrument. He studied under a number of harmonica teachers, traveling to places like New York to learn from noted musicians such as Howard Levy. The budding virtuoso would go on to make a name for himself, and perform at prestigious venues around the world, including Carnegie Hall in New York and the MuTh concert hall in Vienna.

In 2017, Lee was awarded the top prize in the “Adult Solo Chromatic Harmonica” category at the prestigious World Harmonica Festival. The event is held every four years, in the German city of Trossingen, known as the birthplace of the harmonica. Lee says that it is a dream of any harmonicist to be able to perform there. He was competing at the event for only the second time when he won the award.

Among the other wind instruments Lee plays is the sheng, a Chinese ancestor of the harmonica. As he was learning the instrument, he realized that some of the techniques used, such as those for tremolo and tonguing, could work for the harmonica as well. He applied these techniques while performing at the competition, to the surprise of the audience and judges.

“I wasn’t sure if everyone would accept it because I don’t think it is ever been done before,” he says. “I was very proud that I was able to incorporate and introduce Eastern music philosophies and techniques into playing a Western musical instrument.” 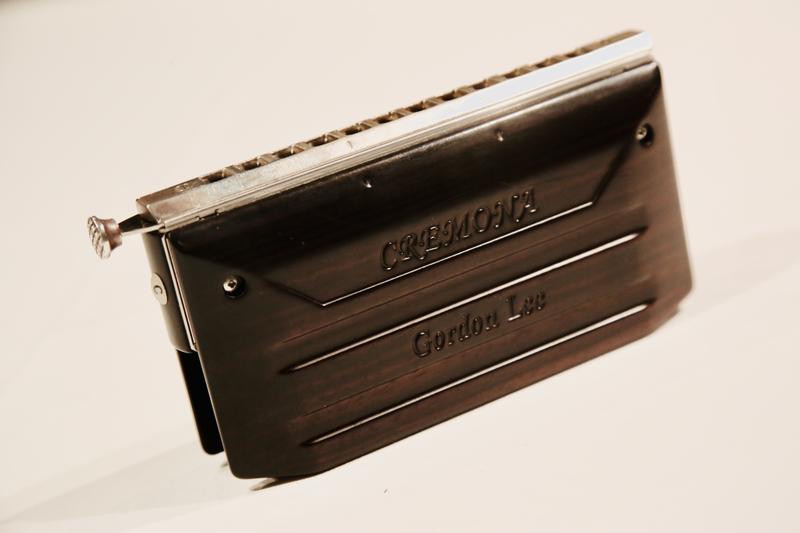 Lee will play at the upcoming concert a double resonance harmonica that he designed with the help of a teacher. (RAYMOND CHAN / CHINA DAILY)

The harmonica is commonly seen as a component of jazz, blues and folk music ensembles. The kind usually played in jazz concerts is a diatonic harmonica, as harmonicists find it more compatible with the genre. However, the chromatic harmonica has proved to adapt itself to a greater range of music genres, including classical music.

At an upcoming concert, “Hooked on Harmonica”, Lee will showcase the instrument’s versatility as he performs with the City Chamber Orchestra of Hong Kong. A concert with a full orchestra and harmonica as the lead instrument is indeed rare. Lee will be performing Michael Spivakovsky’s Harmonica Concerto, the first major concerto composed for the harmonica and an orchestra, penned in 1951 for famed harmonicist Tommy Reilly.

Lee says that the piece is quite demanding of the performer as it requires many different harmonica techniques to be executed well.

“Perhaps it is because Spivakovsky wasn’t just a harmonica player, so he wasn’t limited by the constraints of the instrument. He was adventurous in composing the work and incorporated elements that he believed can be played on the harmonica,” he says.

Despite being a difficult piece, it has come to be regarded as a groundbreaking work that helped advance the harmonica’s progression as a classical music instrument, as most harmonica compositions before that were either solo or small-scale pieces.

To ensure that the harmonica truly shines at the show, Lee will perform with a double resonance harmonica, an instrument he has developed with one of his harmonica teachers.

“From a performance aspect, we felt that there is a need to increase the volume and timbre of the harmonica. I wanted a harmonica that won’t become lost or muffled when I’m performing with other instruments or an orchestra,” he says. 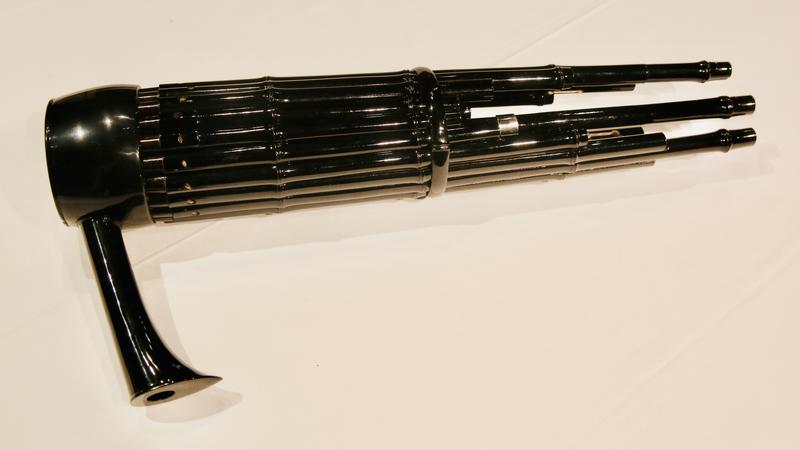 Lee also plays the sheng, said to be a Chinese ancestor of the harmonica, and applies certain playing techniques borrowed from the tradition to his harmonica performances. (RAYMOND CHAN / CHINA DAILY)

Lee is constantly looking for innovative ways to introduce the harmonica to new audiences. In 2018, he formed his Encore Trio with flautist Nancy Wong and pianist He Liyan. The group plays Eastern and Western pop, jazz and blues compositions and has released a well-received debut album.

In 2015, he established the Hong Kong Harmonica Academy to gather students and enthusiasts in one place and to build a local community around the instrument. And the local interest seems to be growing. In fact, some harmonica teachers in the city are booked to capacity, and hence unable to take on new students. Lee points out that the age range of the students is as wide as it can get, from small children to retirees. Many people in Hong Kong became familiar with the harmonica in the 1970s and 1980s as the famous lyricist and songwriter James Wong played the instrument and incorporated it into a number of his popular Cantopop songs at the time.

“I also realized that people are more relaxed when they learn the harmonica compared to other instruments,” Lee says. “They don’t feel the pressure to take exams and get certifications.”

Most Hong Kong people playing the harmonica today see it as a convenient hobby, he adds.

“They can play anywhere, and it’s especially suitable for places like Hong Kong, where homes can be quite small.”

Lee believes there is still plenty of room for the instrument’s popularity to grow. While the sheng has  thousands of years of history and techniques informing it, which can sometimes feel alienating, the harmonica is only a few hundred years old — a familiar instrument that people can relate to.

“There hasn’t been too many big changes to the harmonica in the past 100 years of its existence. The harmonicas that you find in stores today are very similar to what was available hundreds of years ago,” Lee says. 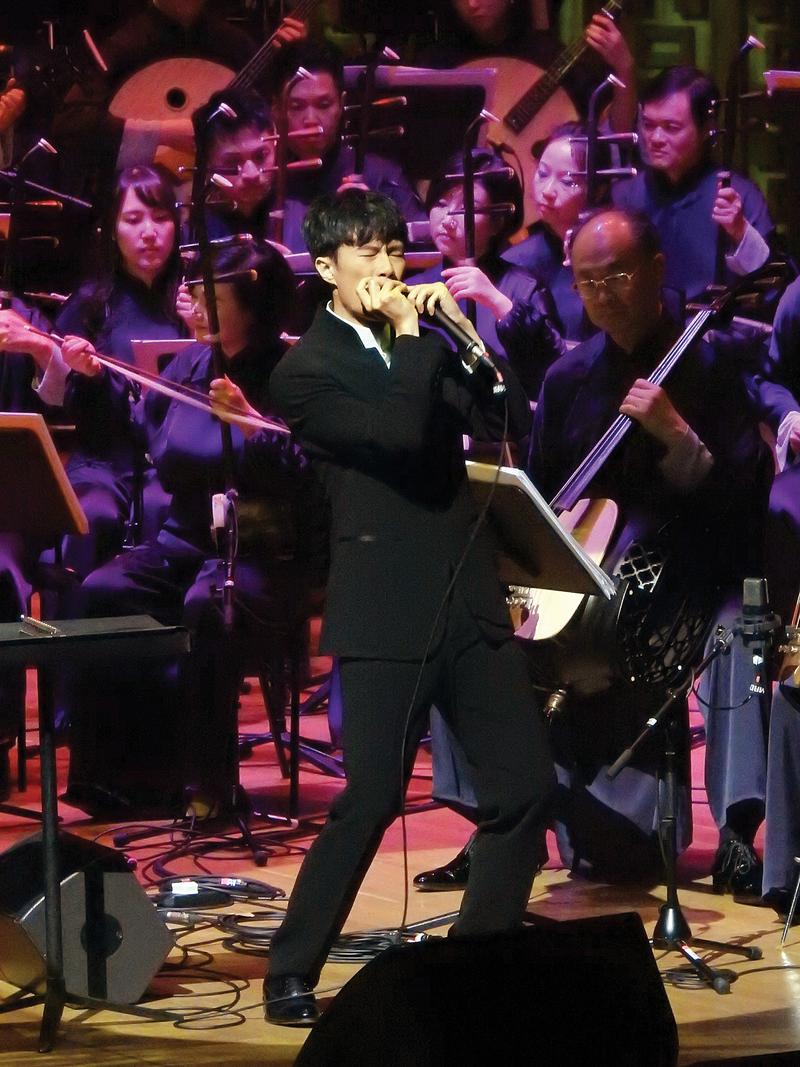