Art on the edge 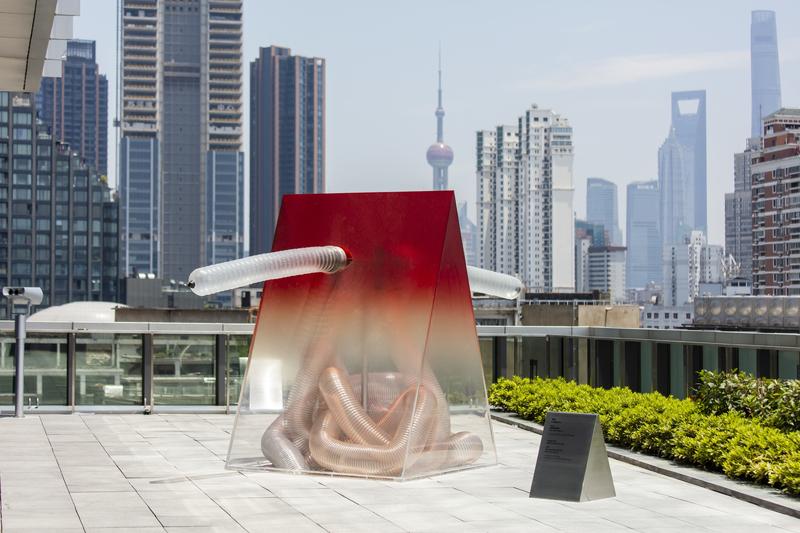 The terrace floor of the museum features an installation, Shifty Eyes Exercise, by Wong Ping. (PHOTO COURTESY OF UCCA CENTER FOR CONTEMPORARY ART)

The UCCA Edge art museum is the latest contemporary art venue to open in Shanghai on May 22.

Designed by New York architecture firm SO－IL, the 5,500-square-meter, three-story museum along Suzhou Creek is the third space opened by renowned institution Ullens Center for Contemporary Art. The UCCA is one of China's largest museums for contemporary art.

We hope to grow into an institution that serves all China, and Shanghai is for sure the first step out of Beijing

Philip Tinari, director of the UCCA Center for Contemporary Art and CEO of the UCCA Group

UCCA Edge is currently holding the City on the Edge: Art and Shanghai at the Turn of the Millennium exhibition until July 11.

The exhibition features some of the most important artworks that first made their mark in the city in the 2000s.

Exhibition curator Philip Tinari, who is also director of the UCCA Center for Contemporary Art and CEO of the UCCA Group, hopes the new venue will attract more casual visitors apart from those who actively seek out art experiences.

To achieve this, the UCCA Edge has included more retail and dining options such as a cafe, bookstore and the restaurant New Wave at the museum. New Wave is managed by the popular Da Vittorio franchise from Italy.

UCCA was founded in 2007 by Guy and Myriam Ullens, a Belgian couple who collects contemporary Chinese art. The couple now resides in Switzerland.

The first UCCA museum is located at Beijing's 798 art district and it has been a leading institution of contemporary art in China since it opened. 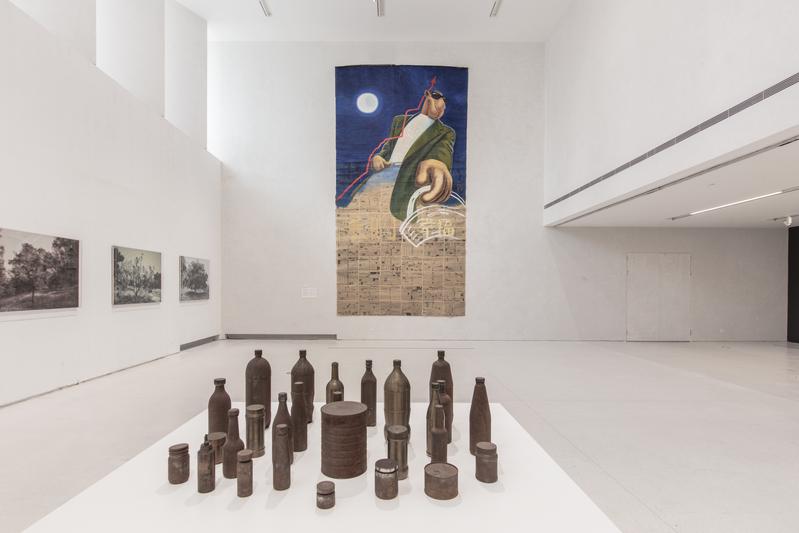 Artworks on show at the exhibition. (PHOTO COURTESY OF UCCA CENTER FOR CONTEMPORARY ART)

UCCA opened its second art museum UCCA Dune at Beidaihe in Hebei province in 2018. Following the opening of UCCA Edge in Shanghai, the group plans to expand its presence to several other new locations in China.

American curator, critic and historian Tinari joined UCCA Beijing in 2011. With his academic background in comparative literature, he built a successful portfolio in the media industry as the founder of bilingual art magazine LEAP and founding editor of online journal Artforum.

With his proficiency in Chinese, the writer and curator then went on to build bridges between the domestic and international art scenes at UCCA by introducing Western art to China and taking contemporary Chinese art to the world.

He began work on the inaugural exhibition at UCCA Edge despite its ongoing construction in August. Even with complications brought by the COVID-19 pandemic, the project was completed in less than two years since its announcement in November 2019.

Tinari says it was a natural process for UCCA to expand to Shanghai, citing the artistic ecology of the city as a major pull factor. 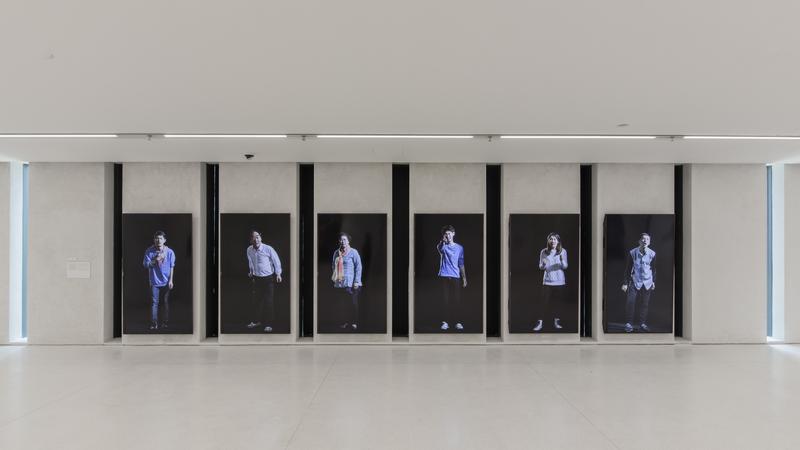 The UCCA Edge art museum's current exhibition features a 6-channel HD video installation, Disinfect, by Yang Zhenzhong. The exhibition includes some of the most important artworks that first made their mark in Shanghai in the 2000s. (PHOTO COURTESY OF UCCA CENTER FOR CONTEMPORARY ART)

"We hope to grow into an institution that serves all China, and Shanghai is for sure the first step out of Beijing," he said at the opening ceremony.

A number of modern and contemporary art museums such as the State-owned Power Station of Art and private establishments such as Yuz Museum and the Long Museum have emerged in Shanghai and gained a solid visitor base in the past decade, but Tinari views them more as colleagues instead of competitors.

"We can work together and contribute to the culture of the city," he says.

One of the highlights of the ongoing exhibition at UCCA Edge is The Fiction Between 1999 & 2000, an installation built with the screenshots of television personalities, pop idols and soap opera scenes from those years.

To create this installation, Hu Qiuyun, a curator with the museum, collated screenshots from television shows he could access in a 24-hour span that covered the transition from 1999 to 2000. The artwork was originally exhibited at the San Francisco Museum of Modern Art. 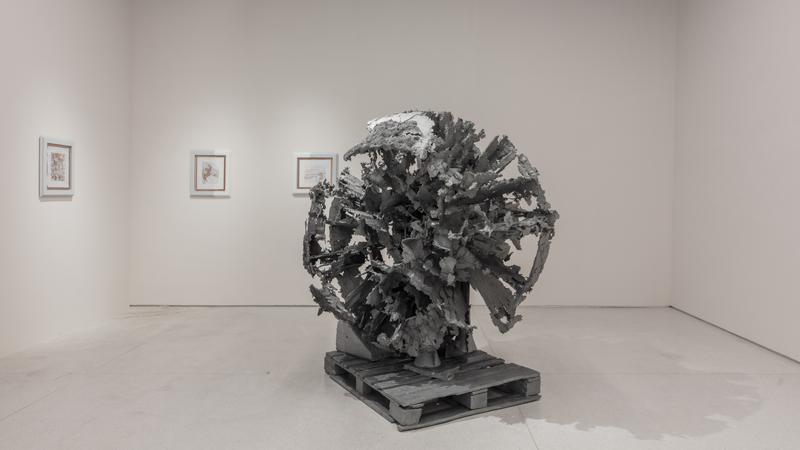 A cast zinc work, Khepera, by Matthew Barney, is among the pieces shown at the City on the Edge: Art and Shanghai at the Turn of the Millennium exhibition at the UCCA Edge art museum in Shanghai. (PHOTO COURTESY OF UCCA CENTER FOR CONTEMPORARY ART)

Alongside City on the Edge, a side project titled Urban Theater: A Comedy in Four Acts has kicked off on the terrace floor and public space in front of the new museum.

The museum will also hold a series of public programs every weekend during the inaugural exhibition, including performance art shows at the museum every Sunday, guided tours by special guests every Saturday and a slate of talks with artists and scholars. Admission will be free to these events. Registration for these programs can be done via UCCA Edge's official website or WeChat account.

UCCA Edge will present an exhibition in August featuring the works of artist Liu Xiaodong, who is known for his observations and portrayal of contemporary China. Then in October, the museum will host an exhibition of Andy Warhol's works.

City on the Edge: Art and Shanghai at the Turn of the Millennium