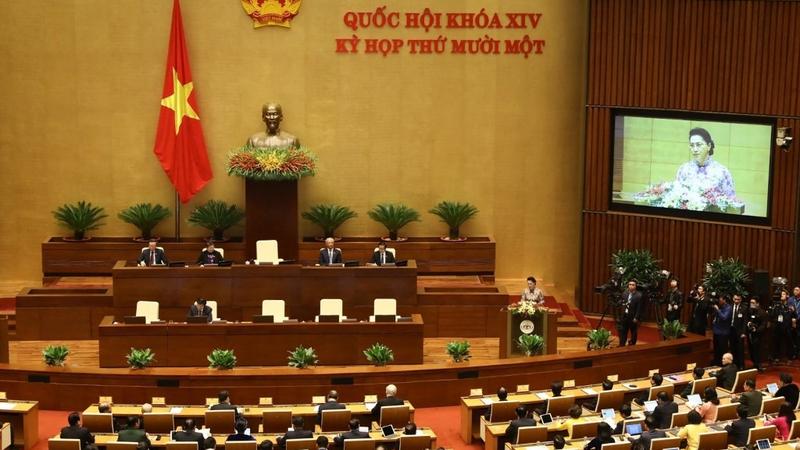 HANOI - A total of 499 out of 866 candidates have been elected to the 15th National Assembly (NA) of Vietnam, the country's top legislative body, for the 2021-2026 tenure, the country's National Election Council announced at a press conference Thursday.

Among the elected deputies, 194 were nominated by central agencies, 301 were introduced by local authorities and four were self-nominated candidates, local media VnExpress reported.

Notably, the proportion of female deputies reached 30 percent, the highest since 1976.

In the next 30 days, the National Election Council will be open to reports or complaints from the public about the election's results. The council is scheduled to convene again on July 12 to finally confirm the eligibility of elected deputies.

On May 23, over 69 million voters across Vietnam cast their votes to elect deputies to the 15th NA and members of People's Councils at all levels, posting a turnout rate of 99.6 percent, official data showed.

The 15th NA is scheduled to open its first session on July 20 to elect state leaders, according to the NA Standing Committee