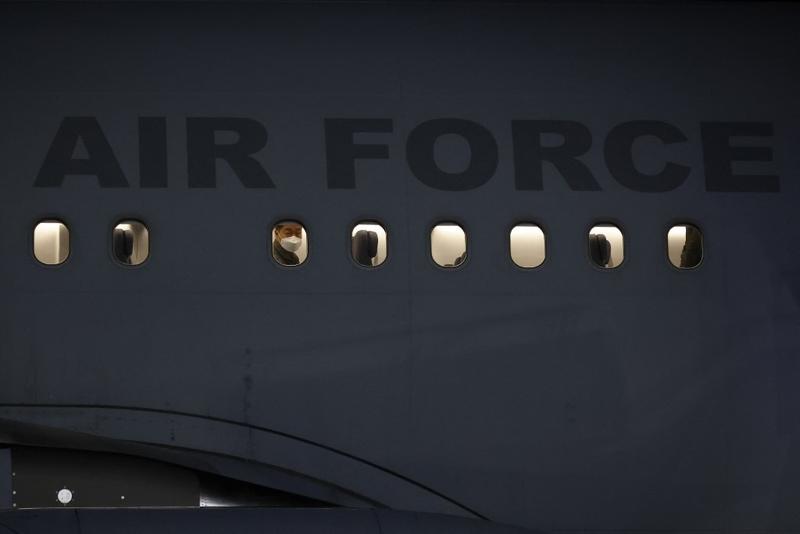 A South Korean soldier wearing a mask sits inside an airplane transporting COVID-19 vaccines upon their arrival at a military airport in Seongnam, South Korea on June 5, 2021. (KIM HONG-JI / POOL / AFP)

South Korean lawmakers are pushing for reform to reduce the military's judicial power after a female soldier who had suffered sexual abuse committed suicide, rekindling criticism of the military's handling of sex crimes.

An air force master sergeant, identified by her surname Lee, took her life last month after being molested by a colleague. Her family said she had reported the case and sought help, but the air force only tried to cover up the assault and bully and silence her.

Air force chief Lee Seong-yong resigned last week, taking responsibility for Lee's death. The air force and defense ministry have declined to comment on the details of the case, citing an investigation, while her male colleague faces prosecution in a military court.

Lee's case triggered calls for an amendment of the Military Court Act, which activists say hampers the independence and fairness of criminal investigations because commanders oversee military prosecutors and courts.

The Military Court Act also allows military chiefs to reduce sentences by up to a third, and that often results in lighter penalties for sexual abusers, activists said

The military has been accused of being too soft on those responsible for wrongdoing and of often failing to protect victims, despite a string of incidents that has led to tighter rules and more severe punishment for sexual abuse.

The law also allows military chiefs to reduce sentences by up to a third, and that often results in lighter penalties for sexual abusers, the activists say.

Members of parliament's legislation and judiciary committee discussed on Thursday an early passage of a pending bill for revising the law to dilute commanders' power, including removing their authority to reduce sentences.

Similar bills have been introduced over the past several years but none has passed the committee in the face of military opposition.

Defense Minister Suh Wook, addressing the committee, apologised for Lee's case and agreed on the need for institutional improvement but said the military's unique characteristic should also be considered.

Choi Ki-sang, a former judge and an incumbent lawmaker, said the existing law had "various elements to protect offenders, not victims, for the sake of the military system's uniqueness".

"In order to enhance the military judiciary system's credibility, the influence of commanders over the procedure of criminal cases, reform should be taken to ensure the independence and fairness of investigations and trials," Suh told the committee.