Afghan schoolgirl determined to return to school after deadly blast 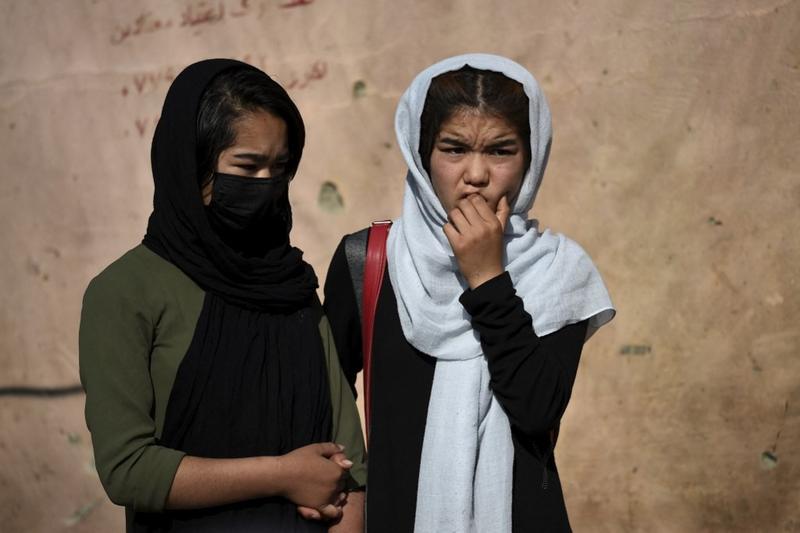 In this file photo dated May 9, 2021, students stand near the site of the May 8 blasts outside a girls' school in Dasht-e-Barchi on the outskirts of Kabul. (WAKIL KOHSAR / AFP)

KABUL, Afghanistan - Teenager Fatima Noori and her fellow pupils hug and pray as they gather in their Kabul classroom, just weeks after bombs exploded right outside the school gates, killing scores of their classmates.

The Sayed Ul-Shuhada High School in the west of the city has remained closed since the May 8 bombings, but a local NGO and the Ministry of Public Health have been holding psychotherapy classes there for girls to help with any trauma.

“When I first entered the school (after the blast) to attend the psychotherapy class, I was very scared and worried that the same incident might happen again,” 15-year-old Fatima told Reuters last month. “I even fainted near the school gate.”

But Fatima said her resolve had grown since then and she was determined to return to school, even with the potential threat of another explosion.

“I want to come back to school even more strongly than before and continue my studies,” she said. “I want to continue the path of those who were martyred.”

Girls and boys at the high school study in three shifts. The May 8 attack targeted the second shift, which is for female students, Najiba Arian, spokeswoman for the Ministry of Education, told Reuters.

Fatima was in the school corridor getting ready to go home when the first bomb exploded outside the school gate. Two more bombs detonated as people rushed to escape. At least 80 people were killed and 160 injured, most of them schoolgirls.

No group has claimed responsibility for the attack and the Taliban denied responsibility. But the minority Hazara neighbourhood where the school is located has repeatedly been targeted by militants. 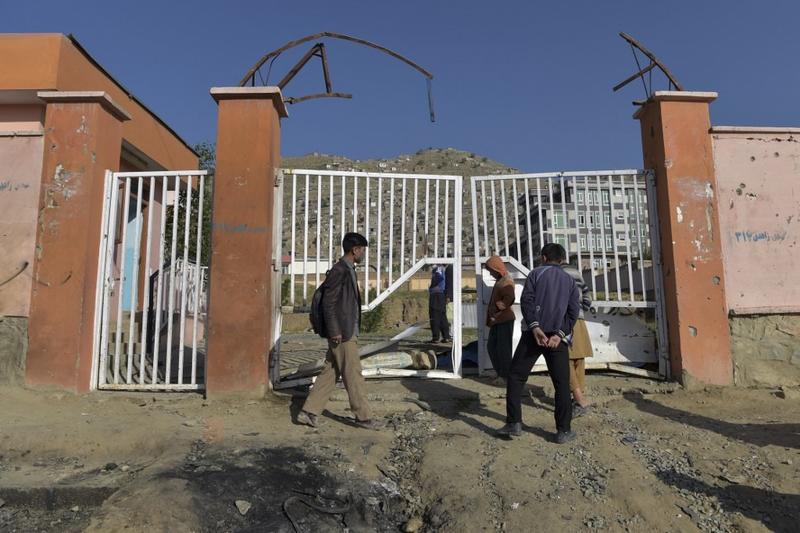 In this file photo dated May 9, 2021, onlookers stand near the site of the May 8 blasts outside a girls' school in Dasht-e-Barchi on the outskirts of Kabul. (WAKIL KOHSAR / AFP)

The United States and many other Western nations have touted girls’ education as one of the key successes of years of foreign presence in Afghanistan.

More than 3.5 million girls are now enrolled in school in the country, according to USAID, compared to none during the Taliban’s rule from 1996 to 2001. But an estimated 3.7 million children remain out of school, 60 percent of them girls, according to UNICEF.

Security is deteriorating as foreign forces prepare to leave Afghanistan later this year, emboldening some hard-line Islamist groups to threaten the progress made in girls’ education.

Fatima’s father, 36-year-old Taqi Noori, said he thought about, but decided against, leaving the country.

“There is always war in Afghanistan, but what can we do? This is our country ... if we go somewhere else, my children would be deprived of education,” he said from their hillside home, about a 10-minute walk from Fatima’s school.

Fatima has continued her studies at home as she waits for the school to reopen, the timing of which remains uncertain.

“I am interested in medical science, and I want to become a good doctor in the future to treat our security forces injured while defending our people, land, and our borders.”