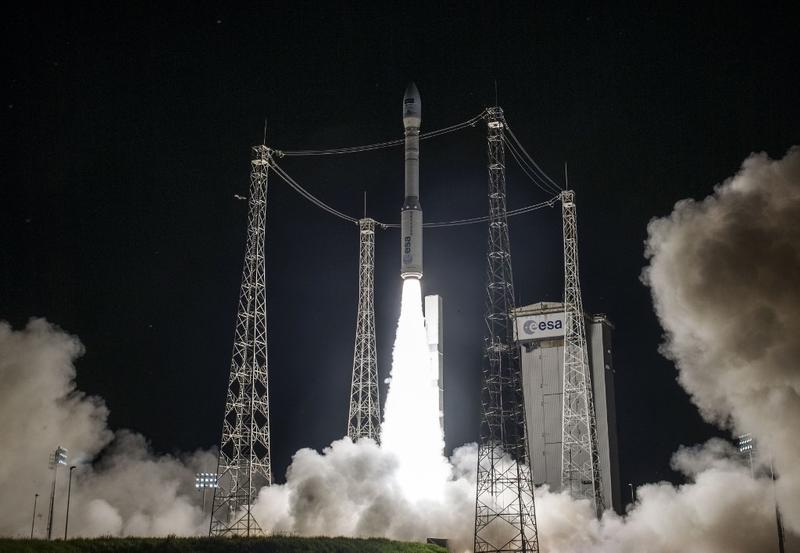 The launcher alliance will be initiated in the next few months, said Breton, who delivered a keynote speech at the European Space Conference in Brussels, Belgium.

The launcher alliance will be initiated in the next few months, said European Commissioner for Internal Market Thierry Breton, who delivered a keynote speech at the European Space Conference in Brussels, Belgium

The European Union (EU) needs to develop a "more offensive, aggressive, coherent global strategy" about the launchers, according to the commissioner.

French launcher Ariane and Italian launcher Vega, although competitive on the global space market, might not be able to rival non-EU competitors in the future.

"The standards for launchers are currently being redefined outside of Europe. We all know that. We must ask ourselves, will our current approach successfully get us to 2050?" Breton said.

Calling for a reflection over the disruptions in the implementation of the space programs, the commissioner preferred fast reaction and intensified discussions about how to keep the EU's position as a key player on the global space stage.

Breton said he will gather relative actors in the next months to initiate a European launcher alliance to jointly define with the European Space Agency, the member states, the European parliament and the industry "a common road map for the next generation of launchers and technologies relevant to ensure an autonomous access to space."

Space autonomy is "not about closing the door to our partners. It is just about developing and maintaining our infrastructures, technologies, skills, competencies, and reducing critical dependencies on third countries, so we can rely on our own if necessary," he added.

Addressing the conference on Tuesday, European Council President Charles Michel stressed that space action is "at the heart of" European strategic autonomy.

The EU plans to spend 14.9 billion euros (US$18.2 billion) in the space program in 2021-2027, which will help step up support for a space industrial base from data to the Internet of Things, broadband, Earth observation and launch systems, Michel said.