Monday, January 11, 2021, 13:01 By An Baijie, Wang Mingjie and Han Baoyi in London, May Zhouin Houston, and Edith Mutethya in Nairobi 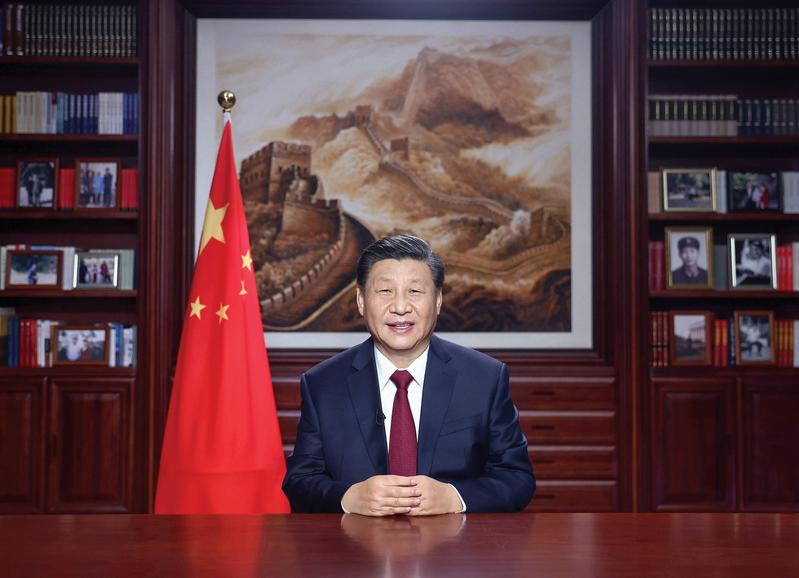 The Chinese people have written an epic of disease control with their unity and strength throughout the extraordinary year of 2020, and they will create a more splendid future through hard work as they have always done, President Xi Jinping said on Dec 31. He delivered the New Year’s speech in Beijing.

Xi, also general secretary of the Communist Party of China Central Committee and chairman of the Central Military Commission, expressed sympathy to COVID-19 patients and greeted the heroes in the fight against the pandemic in his address.

He highlighted the contributions made by doctors, soldiers, scientists, community workers, volunteers and builders, young or old, in overcoming difficulties together.

“Every person is remarkable,” Xi said, adding that he was proud of the great nation and people.

Xi said China has taken the lead among major economies to achieve positive economic growth, and the country’s GDP is expected to reach the new stage of 100 trillion yuan (US$15.47 trillion) in 2020.

The president noted the rising grain production for 17 consecutive years and major scientific steps such as the Tianwen 1 Mars probe, the Chang’e 5 lunar probe and deep-diving manned submersible Fendouzhe, or Striver. Construction of the Hainan free trade port has also picked up steam, along with China’s plan to further open up its economy.

The country defeated severe flood disasters, and flood losses were kept at a minimum through the joint efforts of the military and people, Xi said.

Xi said that when he inspected 13 provinces and municipalities during the year, he was glad to see the people implement disease-prevention measures prudently, waste no time in resuming work and production and spare no efforts to promote innovation.

China has made historic achievements in building a moderately prosperous society in all respects and secured decisive victory in poverty reduction, Xi said.

Through eight years of sustained work, China has lifted all 100 million rural poor out of poverty under the current standard, Xi said, adding that he has been impressed by the people’s spirit of hard work and the poverty-alleviation officials’ contributions when he visited poverty-stricken areas.

Xi also recalled his phone conversations with leaders of other countries and his participation in video link meetings, saying that all nations should join in fighting disease and making Earth a better home.

The president noted that 2021 is the 100th anniversary of the founding of the CPC. Upholding the people-centered philosophy and remaining true to its original aspiration, the Party definitely will lead the Chinese people to achieve national rejuvenation, he said.

Global experts said Xi’s New Year’s address has emphasized the importance of the people and set important national development and economic goals for 2021.

Christopher Bovis, an international business law professor at the University of Hull in the United Kingdom, said Xi welcomed the New Year by praising the resilience and courage of the Chinese people and their efforts to combat the pandemic over the past year.

He appreciated that Xi reaffirmed China’s commitment to international cooperation, multilateralism, and continuous reform of domestic systems which will focus on economic growth without losing touch with policies destined to promote human development and the protection of individuals.

Rana Mitter, a professor specializing in the history and politics of modern China at the University of Oxford, said the COVID-19 pandemic has been an economic blow to the entire world.

“China can take a lead by making it clear that mutual trade, open markets, and a genuine willingness to exchange human capital and talent across borders will create a high-value global economy for all,” he said.

Stephen Perry, chairman of Britain’s 48 Group Club, a nonprofit organization that aims to promote trade between China and the UK, said the Chinese people have faced a hard year in managing the terrible pandemic. He said the Chinese economy responded well to stimulus and continues to get close to the US economy in terms of GDP scale.

“This year’s characteristics mean China may pass the US’ GDP by the end of this decade,” Perry said.

Meanwhile, noting that Xi emphasized the revitalization of rural China in his address, Joe Thomas Karackattu from the China Studies Centre at the Indian Institute of Technology Madras said it seems to be a strong directional message and is crucial for the 14th Five-Year Plan (2021-25).

Karackattu said Xi’s statement in which he said that China should create more “stories of Spring” is inextricably linked to fostering more interdependence with the rest of the world.

Gerald Mbanda, founder of Africa China Review, a website that highlights news reports and comments on China-Africa cooperation, said Xi’s speech dwelt much on the COVID-19 pandemic, in which he lauded the country’s efforts in the fight against COVID-19.

He said Xi’s advocacy for a community with a shared future for mankind was more significant and relevant in 2020, as no single country could claim to win the war against the pandemic without working together with other countries.

Jon Taylor, professor and department chair of Political Science and Geography at the University of Texas at San Antonio in the United States, said Xi’s speech set important national development and economic goals while also noting some significant milestones that will take place this year, such as the 100th anniversary of the founding of the CPC.

He also said that there was a notable quote recognizing the hard work of the average Chinese citizen last year: “Greatness is forged in the ordinary. Heroes come from the people. Every person is remarkable.”

Adhere Cavince, an international relations scholar who focuses on China-Africa relations, said that due to the resilience and sacrifice of the Chinese people, the successful fight against the pandemic enabled China to resume economic activity and register positive growth while sharing its epidemic control experience, commodities and medical personnel with the rest of the world.

“The donation of millions of essential commodities including ventilators, face masks, protective clothing and medicine to developing economies, especially in Africa, sets China apart as a major country that values global cooperation and solidarity against the biggest threat to the international community,” he said.

Another key point from Xi’s speech that resonated with the rest of the world was the transition of China into a moderately prosperous society. By eliminating extreme poverty from its borders, Beijing has shown that the war against poverty, as outlined in the Sustainable Development Goals of the United Nations, is attainable.

Sikhumbuzo Zondi, a research assistant at the Institute for Global Dialogue, which is associated with the University of South Africa, said Xi’s speech highlighted the fact that the sudden rise of the pandemic has emphasized the importance of valuing human life by putting people at the center of government action.

Yang Han in Hong Kong and Liu Hongjie and Chen Yingqun in Beijing contributed to this story.