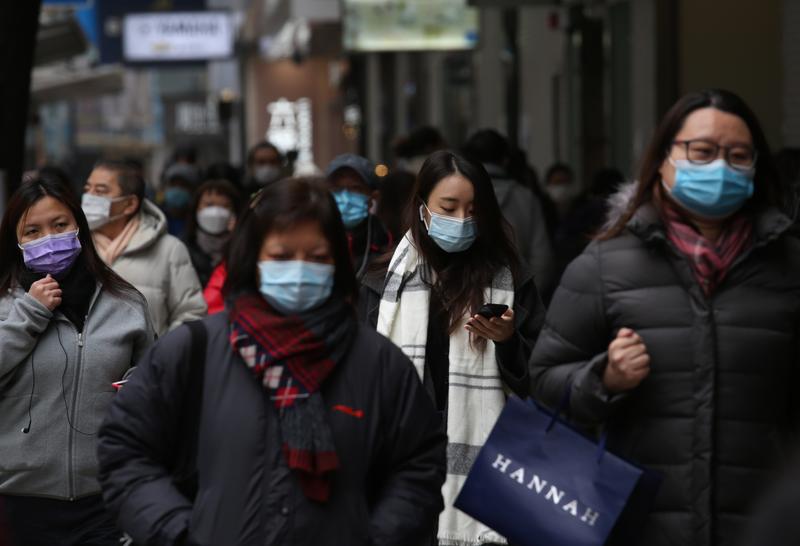 HONG KONG – A strong cold wave from the north pushed the mercury down to 7.7° Celsius in Hong Kong on Friday morning, the lowest so far this winter.

A temperature of 7°C has been forecast for Saturday morning.

With the region experiencing an intense winter monsoon spell, the city, as well as Guangdong coastal areas are expected to continue to record such low temperatures until Wednesday, the Hong Kong Observatory said.

A cold weather warning was issued on Thursday afternoon by the observatory.

A spokesman for the Centre for Health Protection

Hong Kong’s highest peak, Tai Mo Shan, recorded -2.5°C around 7 am. It set a new record since January 2016 at the 957 meters above the sea level, according to the observatory’s records.

A cold front invaded most parts of northern and southern China before moving to Hong Kong, with the National Meteorological Center recording temperature drops of more than 10°C across the country. Beijing recorded -19.6°C on Thursday, the coldest since 1966.

This is also the second time a cold front has swept across Hong Kong, as well as the country, this winter.

On the last day of 2020, Hong Kong recorded 8.1°C in the morning – last year's lowest. Temperature then steadily climbed until the current cold snap.

In a statement issued on Friday morning, the city’s Centre for Health Protection reminded the public, particularly the elderly and people with chronic illnesses, to adopt appropriate measures to protect their health.

“Cold weather can easily trigger or exacerbate diseases, especially among the elderly and persons suffering from heart disease, respiratory illness or other chronic illnesses,” a spokesman for the center said.