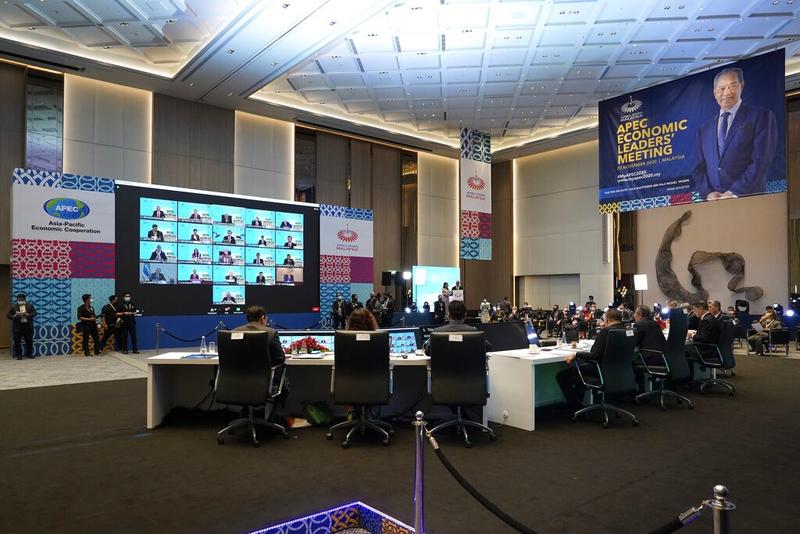 The "APEC Putrajaya Vision 2040", named after Malaysia's administration center of Putrajaya, envisions "an open, dynamic, resilient and peaceful Asia-Pacific community by 2040, for the prosperity of all our people and future generations."

The "APEC Putrajaya Vision 2040", named after Malaysia's administration center of Putrajaya, envisions "an open, dynamic, resilient and peaceful Asia-Pacific community by 2040, for the prosperity of all our people and future generations"

In the new vision document to replace the 1994 Bogor Goals, APEC economies are committed to achieving the vision by three economic drivers, namely Trade and Investment, Innovation and Digitalization, as well as Strong, Balanced, Secure, Sustainable and Inclusive Growth.

Among the pledges in the new vision, APEC members are committed to continuing the work to deliver a free, open, fair, non-discriminatory, transparent and predictable trade and investment environment.

"We reaffirm our support for agreed upon rules of the WTO in delivering a well-functioning multilateral trading system and promoting the stability and predictability of international trade flows," according to the vision.

APEC economies also agree to foster an enabling environment that is, among others, market-driven and supported by digital economy and innovation, so as to empower people and businesses to participate and grow in an interconnected global economy.

The APEC economies will also foster quality growth that brings palpable benefits and greater health and wellbeing to all, including micro, small and medium enterprises, women and others with untapped economic potential, with the aim to ensure that the Asia-Pacific region is resilient to shocks, crises, pandemics and other emergencies, said the document.

"We will promote economic policies, cooperation and growth which support global efforts to comprehensively address all environmental challenges, including climate change, extreme weather and natural disasters, for a sustainable planet," according to the vision.

"When the Bogor Goals was first announced, it was intended to strengthen the open multilateral trading system, enhance trade and investment liberalization in the Asia-Pacific and intensify Asia-Pacific development cooperation," Malaysian Prime Minister Muhyiddin Yassin told a press conference after chairing the leaders' meeting.

APEC is a regional economic forum established in 1989 to leverage the growing interdependence of the Asia-Pacific. APEC's 21 members aim to create greater prosperity for the people of the region by promoting balanced, inclusive, sustainable, innovative and secure growth and by accelerating regional economic integration.

The next APEC meeting is scheduled to be held in New Zealand in 2021.