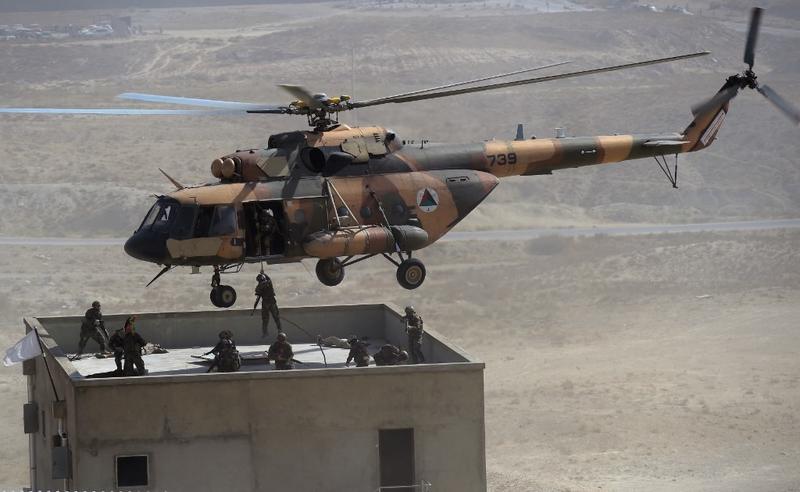 Afghan National Army (ANA) commandos take positions after descending from an Mi-17 helicopter during a military exercise at the Kabul Military Training Centre (KMTC) on the outskirts of Kabul on Oct 17, 2017. (SHAH MARAI / AFP)

The accident occurred in Nawa-i-Barakzayi district when two Afghan National Army military Mi-17 helicopters crashed due to technical issues while they were taking off, the ministry said in a statement.

"Unfortunately, nine individuals aboard were martyred in the crash. Ministry of Defense is investigating the incident," the statement added.

Earlier in the day, local media reported that 15 people were killed in the accident in the region, 555 km south of Kabul.

ALSO READ: US general doubts Russian cash led to US deaths in Afghanistan

The province has been the scene of heavy clashes in recent days after hundreds of Taliban militants from two neighboring provinces joined local militants and tried to capture Lashkar Gah.