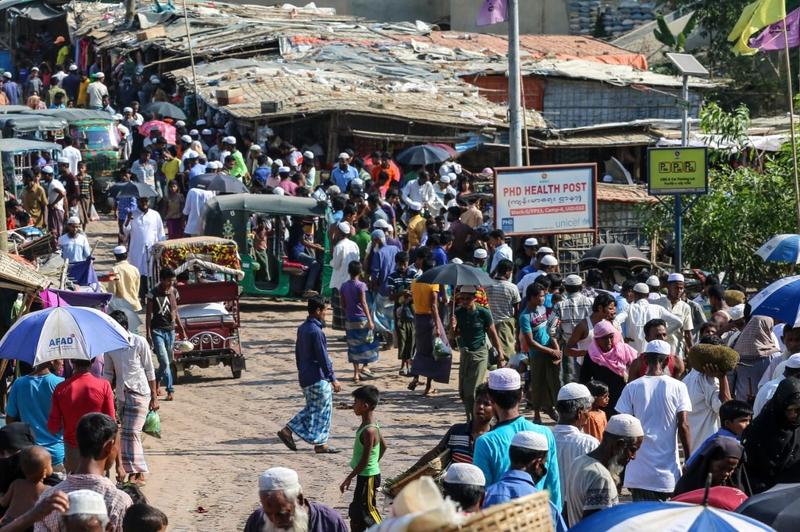 In this file photo taken on May 15, 2020 Rohingya refugees gather at a market as first cases of COVID-19 coronavirus have emerged in the area, in Kutupalong refugee camp in Ukhia. (PHOTO / AFP)

AMSTERDAM - Myanmar has filed a report on its adherence to measures to protect its Rohingya Muslim minority imposed by the United Nations’ highest court, but details of the document have not been published.

Mainly-Muslim Gambia filed a suit against Myanmar in November at the International Court of Justice (ICJ), accusing it of “ongoing genocide” against the Rohingya after expelling more than 730,000.

Pending a final ruling, ICJ judges imposed provisional measures obliging Myanmar to protect any evidence of crimes and prevent acts of violence. They also instructed Myanmar to update them every six months.

The first such update has been submitted, the Hague-based court said on Monday. It released no details of the report, which a Myanmar Foreign Ministry official told Reuters was confidential.

The ICJ did not immediately respond to a request for comment.

In the past two months Myanmar has published presidential directives ordering government personnel not to commit genocide or destroy evidence, and to halt hate speech.

But rights groups say no meaningful steps to end atrocities against the Rohingya have been taken.

A Myanmar military spokesman said on Friday the army had “fully and accurately” supplied information to the civilian government, which compiled the report.