On the eve of International Women’s Day, Joyce Yip does a stocktaking of the art by and about women being showcased in HK’s galleries. 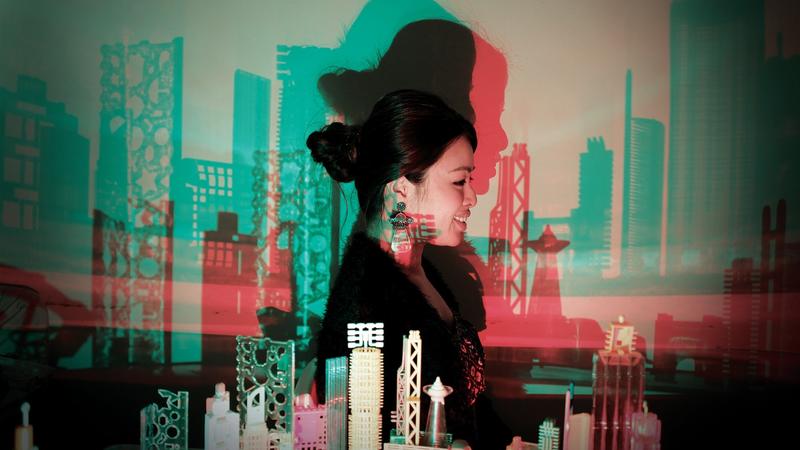 Ten-year-old Polly Ho watched her grandmother slouch over her sewing table. She was putting the final touches to a jacket. The sounds of mahjong tiles slapping against the table could be heard in the living room where her mother played the game. It was an uneventful weekend up until Ho had asked her grandmother to teach her the art of tying Chinese knots.

Although Ho had dreamt of becoming a fashion designer since she was five, she couldn’t have known that a sudden decision to learn the craft would help her win accolades 20 years later, when she presented her Thousand-Knot Qipao on the global stage of fashion. 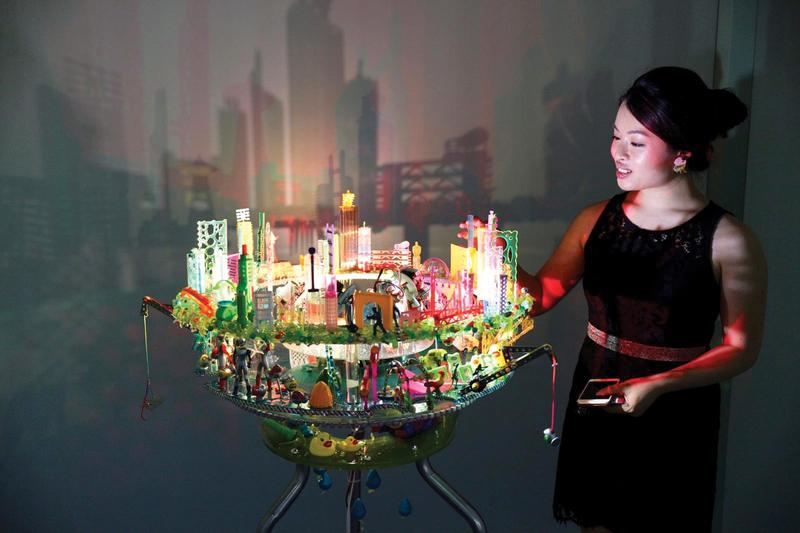 Made of 2,000 knots, the dark teal and white one-piece designed by Ho borrows from an ancient craft that could be traced back to the Zhou Dynasty ( 1100 to 256 BCE) in China, where knots espouse the double connotations of integration and wedlock. To Ho, knots also suggest the marriage of her grandmothers’ memory and her own panache for designing clothes: “I made it to remind people that not everything stays forever, even when it seems they will,” she says of her exquisite creation.

Ho’s work is on show at the newly opened Crafts on Peel, a non-profit gallery focused on transforming traditional craft into modern art. The gallery is headed by founder Yama Chan as well as creative director and second-generation haute-couture seamstress Penelope Luk — two well-known figures in the local art scene. 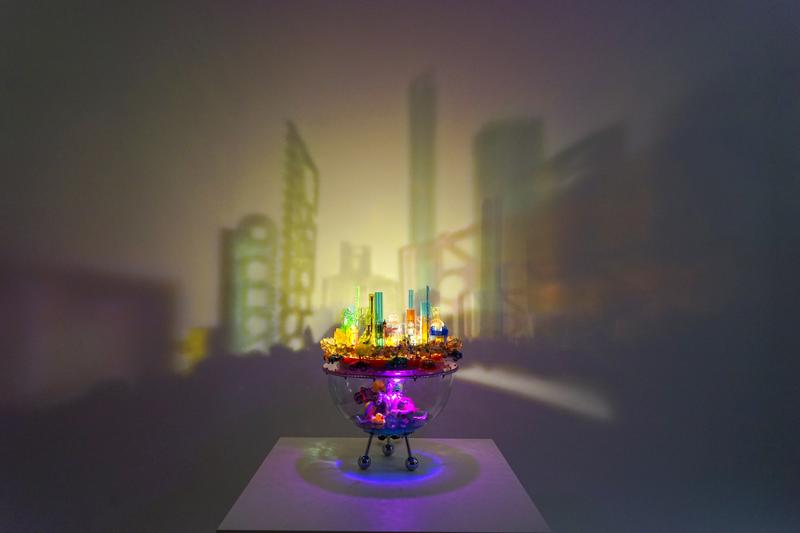 Though women make up almost half the number of the world’s visual artists, they earn only 74 cents for every dollar made by male artists, according to National Endowment for the Arts in the United States; and only 22 percent of solo shows in Hong Kong’s commercial galleries, specifically, feature women artists, according to a survey conducted in 2018. However, in Hong Kong, where most of the art galleries are run by women, both female artists and women’s issues often find themselves under the spotlight. 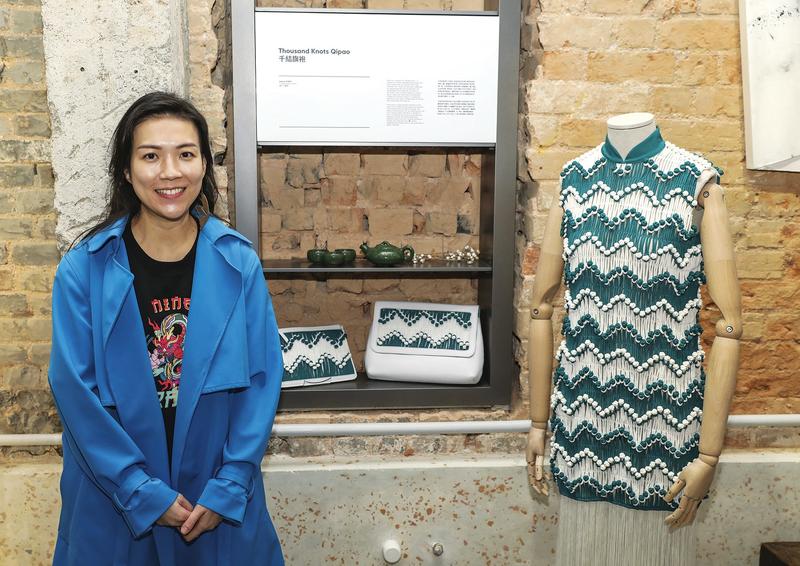 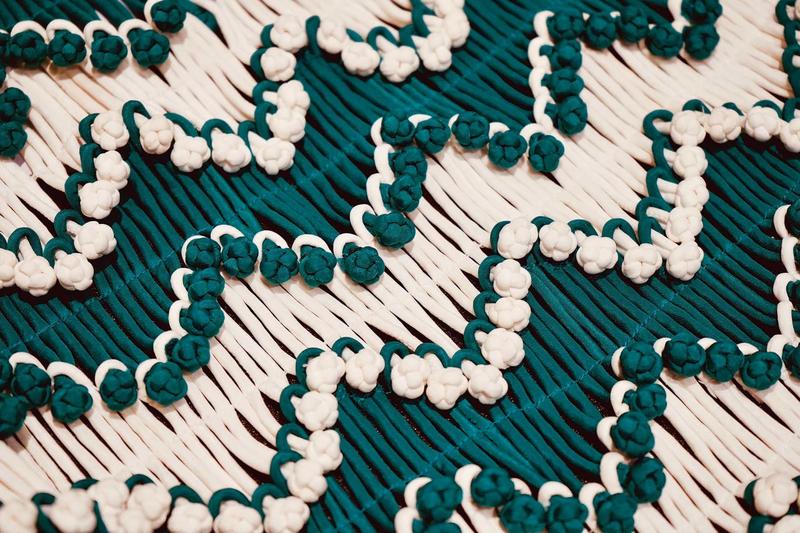 Another local female artist incorporating elements of tradition into her art is Angela Yuen, whose The Lost Time Travel Machine exhibition is running in Contemporary by Angela Li gallery. Yuen’s signature style has to do with mounting kinetic installations featuring neon-colored vintage toys. The installations cast intricate shadows, conjuring up scenes of old Hong Kong against the wall. The continuous movement of the miniature bits and bobs are symbolic of the city’s people and their transience.

“I miss the things from my childhood such as street vendors and rickshaws, which are elements I very much want to coexist with the present because they add color to our lives,” says Yuen, adding that her father’s collection of more than 1,000 VCDs of old movies and vintage stamps informs her creative vision in a big way. 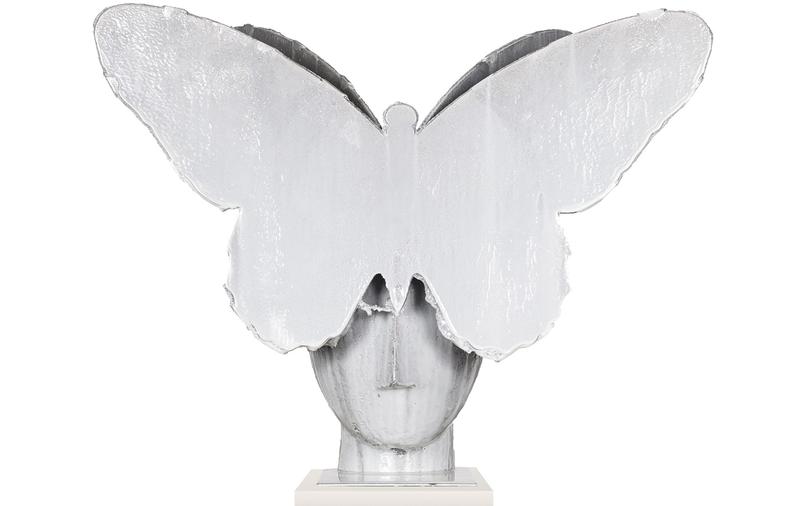 Manolo Valdes’ faceless busts invite viewers to see their own reflection on them. (PHOTO PROVIDED TO CHINA DAILY) 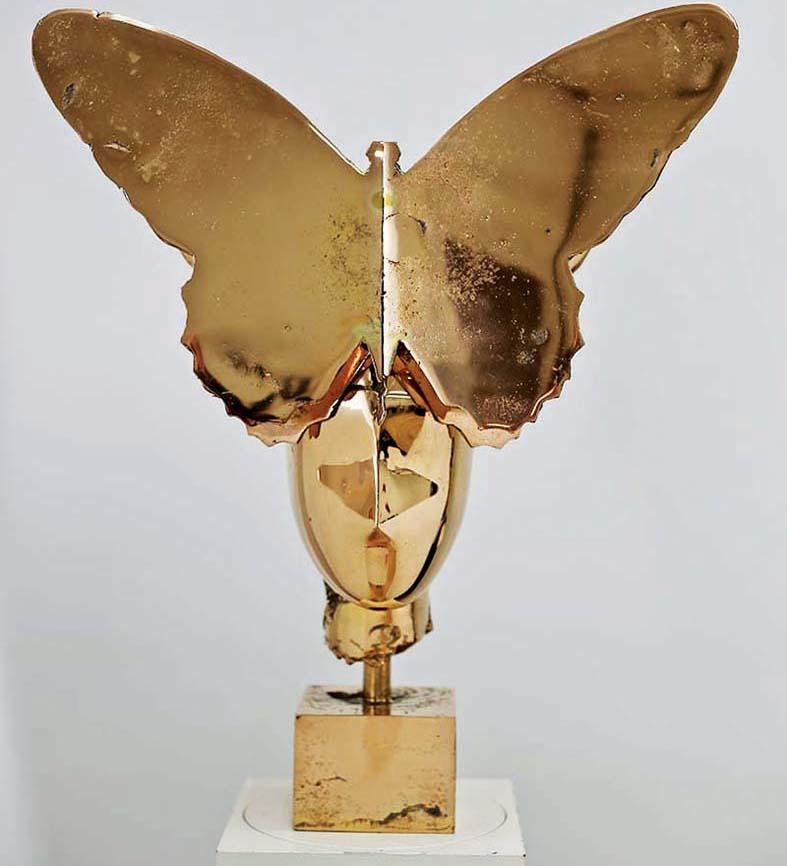 Manolo Valdes’ faceless busts invite viewers to see their own reflection on them. (PHOTO PROVIDED TO CHINA DAILY)

Para Site art gallery in Quarry Bay has been showcasing cultural elements from the lives of Tongan women woven into ta’ovala garments, ceremonial mats, and ropes in koloa style, generic of textiles made by women in the Polynesian kingdom. Some exhibited pieces are heirlooms of the Dowager Lady Fielakepa, acknowledged as a leading repository of this art form.

“In my whole life, I (would never have) thought people would be interested in koloa. I thought they were just personal things that we use,” said Fielakepa at the exhibition’s opening talk. “We are born, there is a piece of tapa (bark cloth) there; when we die… we wear a piece of tapa to keep warm.”

The exhibition, titled Koloa: Women, Art and Technology, also features works by Tongan Maori artists Tanya Edwards, Nikau Hindin and Vaimaila Urale, and will be extended until late-April, although the gallery remains closed at the moment due to the novel coronavirus epidemic. 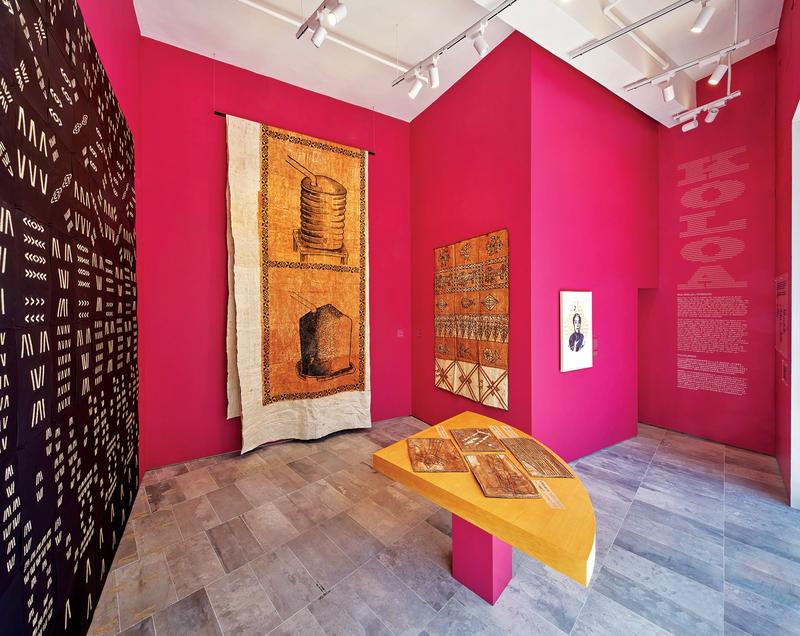 Finally, Opera Gallery Hong Kong is showing Spanish artist Manolo Valdes’ interpretation of the female figure. The acclaimed painter-cum-sculptor is known for employing a wide portfolio of materials ranging from steel to marble, resin and hemp. In this exhibition, the artist presents faceless busts that double as serene mirrors in which the viewers can see their own reflections and, hopefully, the strength, intelligence and beauty that lie within.

From a knotted dress to psychedelic carousels, woven garments to shiny heads, these are just some of the many ways in which Hong Kong will celebrate women, on International Women’s Day on Mar 8 and beyond.  However as per Lady Fielakepa, it is probably not necessary to seek the female identity in works of art as pretty much everything touched by a woman — a dress in one’s wardrobe, grandmother’s handiwork or even a collection of old movies at home — is potentially a work of art. 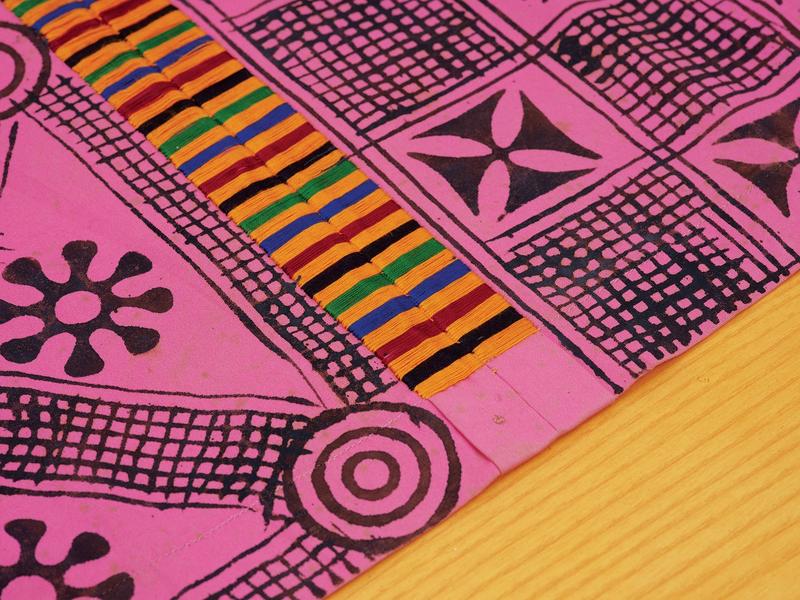 Crafts Interwoven: Past and Present