Hundreds of flights canceled as Wuhan locked down 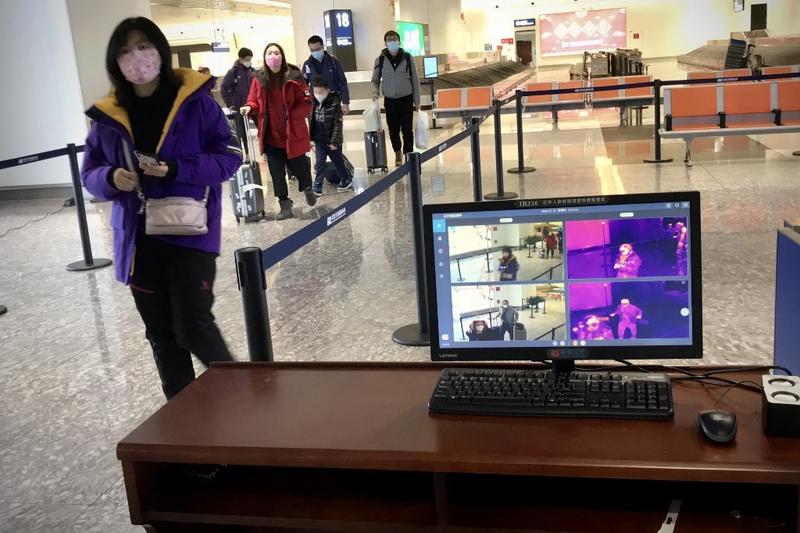 BEIJING - Hundreds of flights from or to Wuhan had been canceled as of Thursday noon, after Wuhan, the center of a pneumonia outbreak in China, rolled out a slew of unprecedented measures to curb the spread of the deadly novel coronavirus (2019-nCoV).

Nationwide, 17 people have died and 571 cases confirmed in 25 provincial-level regions by the end of Wednesday

A total of 566 flights were scheduled to leave or arrive in Wuhan on Thursday, but 288 of them had been canceled as of 11:30 am, said the Civil Aviation Administration of China (CAAC).

From 10:00 am Thursday, all public transportation, including city buses, subways, ferries and long-distance coaches have been suspended, and outbound channels at airports and railway stations have also been closed until further notice.

The CAAC advised airlines operating flights from or to Wuhan to pay close attention to the development of the pneumonia outbreak and adjust their flight plans accordingly.

As of 8:00 pm Wednesday, a total of 444 cases of novel coronavirus-related pneumonia and 17 deaths had been reported in Hubei province, where Wuhan is located, according to local authorities.

READ MORE: How airlines and airports are dealing with novel virus

Nationwide, 17 people have died and 571 cases confirmed in 25 provincial-level regions by the end of Wednesday. Those who died, all in Hubei, were aged between 48 and 89.

Which airlines are heavily exposed?

Many airlines, including Korean Air Lines, Singapore Airlines' budget carrier Scoot, Taiwan's China Airlines Ltd and Japan's ANA, announced they were cancelling flights in and out of Wuhan after authorities announced a lockdown. South Korean budget carrier T'way Air earlier this week postponed the scheduled launch of a new route to the city.

Flight tracking website FlightRadar24 showed that as of 0600 GMT on Thursday, 184 Wuhan flights, or 60 percent of the departures listed for the day, had been cancelled.

Rajeev Kale, country head for Thomas Cook India's holidays division, said, "Most of our customers are adopting a wait and watch approach to see further developments."

Philippine Airlines, Garuda Indonesia and Japan Airlines said there was no slowdown in bookings to and from China yet, while low-cost Filipino carrier Cebu Pacific said some passengers had expressed concerns about whether it was safe to fly but had not cancelled bookings.

Shanghai Disney Resort is offering to reschedule or refund entry tickets as well as hotel bookings at its theme park in the Chinese city, as global concern grows about a new SARS-like virus outbreak that’s killed 17 people and infected hundreds.

Guests can choose to change their bookings to any other day within the next six months or get their money back if they cannot visit within that time frame, the theme park said in a Jan 23 statement on its website.

The statement did not refer to the novel coronavirus outbreak in Wuhan, the infection's epicenter around 690 km away, where authorities have suspended outbound travel.