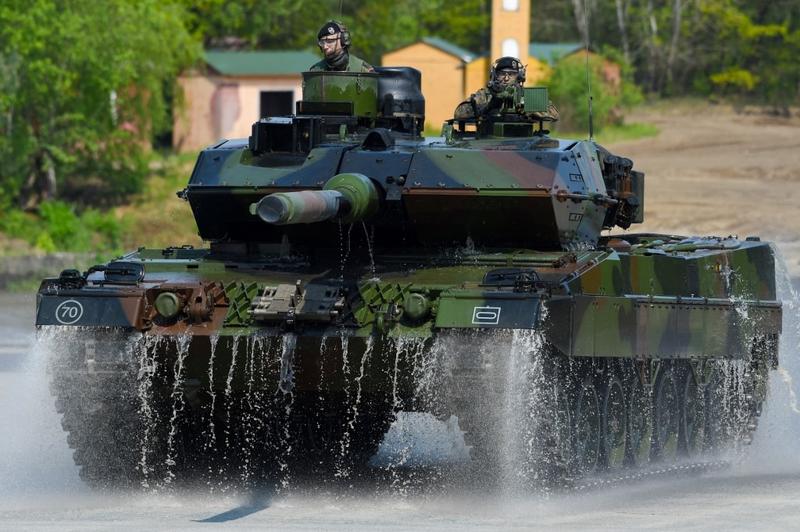 This file photo taken on May 20, 2019 shows soldiers on a Leopard 2 A7 main battle tank of the German armed forces Bundeswehr driving during an educational practice of the "Very High Readiness Joint Task Force" (VJTF) as part of the NATO tank unit at the military training area in Munster, northern Germany. Germany on Jan 25, 2023 approved the delivery of Leopard 2 tanks to Ukraine. (PHOTO / AFP)

BERLIN/KYIV - Germany announced plans on Wednesday to deliver heavy tanks to Ukraine and green-lighted requests by other countries to do so.

Germany will send an initial company of 14 Leopard 2 tanks from its own stocks and approve shipments by allies who field them, with the aim of supplying Ukraine with two battalions, typically comprising three-four companies each. Berlin would also provide training, ammunition and maintenance.

"This decision follows our well-known line of supporting Ukraine to the best of our ability. We are acting in a closely coordinated manner internationally," Cancellor Olaf Scholz said in a statement.

Kremlin spokesman Dmitry Peskov said any US tanks sent to Ukraine would "burn like all the rest".

Twenty armies worldwide field Leopards, which Germany has made in their thousands. Poland and Finland have already pledged them once Berlin agrees, and several other countries are expected to follow swiftly. Britain has already offered a company of its comparable Challengers and France is considering sending its Leclercs.

The pledges of recent weeks already include hundreds of Western armoured fighting vehicles and troop carriers, seen as more effective in attacking when combined with tanks to burst through enemy lines.