Govt report: Australia not on track to meet emissions target 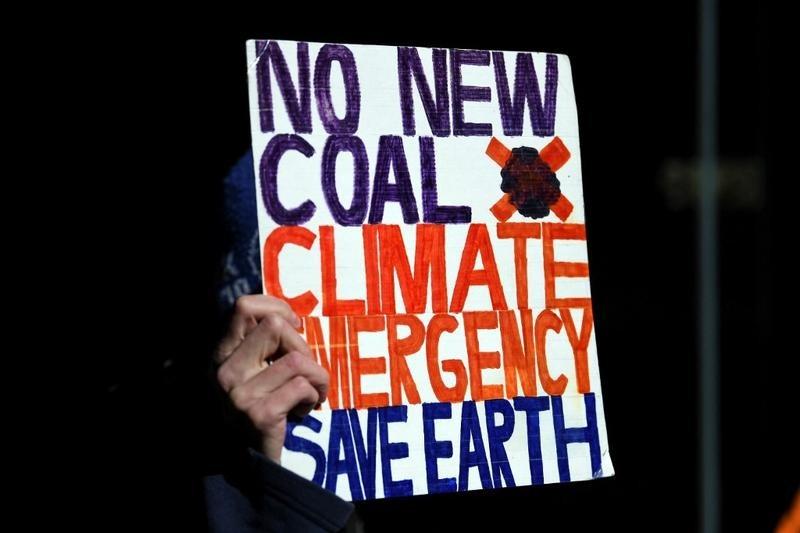 An environmental activist from Extinction Rebellion holds up a placard during a protest against the Adani coal mine project, outside the GHD engineering office building in Sydney on Aug 13, 2019. (SAEED KHAN / AFP)

CANBERRA - Australia is not on track to meet its 2030 emissions reduction target, a government report has found.

In his first annual climate change statement to the parliament on Thursday night, Climate Change and Energy Minister Chris Bowen revealed Australia's greenhouse gas emissions in 2030 are currently projected to be 40 percent lower than in 2005.

It marks a significant improvement from the 30 percent reduction that was projected under the former federal government's climate policies but is still short of Australia's commitment under the Paris Agreement.

In June, less than a month after winning power in the general election, Prime Minister Anthony Albanese formally committed to reducing emissions from 2005 levels by at least 43 percent by 2030 -- up from the former government's 28 percent target.

On Thursday night, Bowen tabled a report from the Climate Change Authority (CCA) that found reaching the new target will require significant action.

"Since 2009, Australia has decarbonized its economy at an average annual rate of 12 million tonnes of carbon a year," he said.

"To achieve a 43 percent reduction by 2030, and net zero by 2050, this decarbonization rate needs to be at least 17 million tonnes of carbon a year. We will need to achieve the same emissions reduction in the next eight years that has been achieved in the last 18."

The parliament in September voted to enshrine the 2030 and 2050 targets in law -- a step that was not necessary but that the government said would give businesses and industry certainty.

The CCA report found the government's promise to have 82 percent of the electricity grid powered by renewable sources by 2030 is at risk from supply chain disruptions, workforce shortages, and long approval times for major projects.