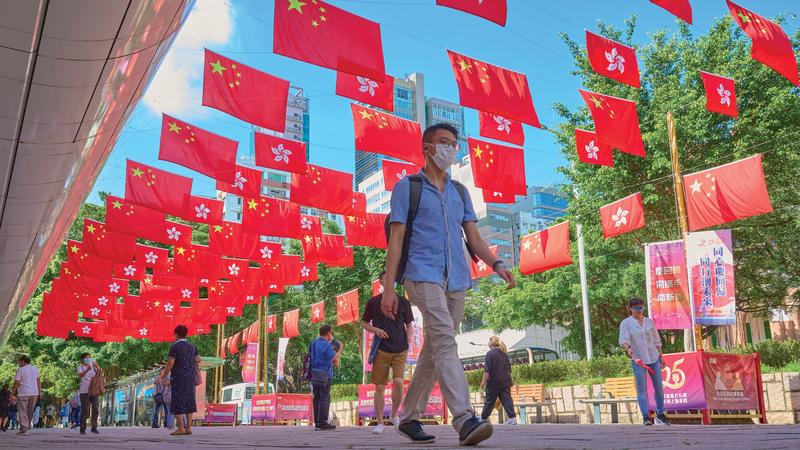 Hong Kong’s sports groups were given a detailed briefing on Thursday about the new guidelines on the national anthem and regional flag that aim to prevent blunders in their use during international sporting events.

Representatives of the city’s sports associations welcomed the guidelines and instructions during the briefing conducted the Sports Federation and Olympic Committee of Hong Kong, China (SF&OC), saying the guidelines are helpful and clear.

The guidelines were issued after a song closely linked to separatism was wrongfully played as the Chinese national anthem at three international rugby matches that involved the Hong Kong Rugby Team.

The new rules, issued by the SF&OC on Tuesday, require coaches and athletes to immediately demand a timeout in the event of an error during the playing of the national anthem and the raising of the regional flag.

Hong Kong Rugby Union chief executive Robbie McRobbie said after the briefing that the new guidelines aim to help all parties avoid similar incidents in the future, and do not put pressure on athletes.

Ho Pui-sai, an honorary secretary of the Hong Kong Wushu Union, said it would be reasonable for athletes to leave the competition if they encounter similar incidents in the future, adding that it is what a Chinese person must do.

“Athletes from other countries also need to follow a similar principle, as they shouldn't put personal interests before that of the country’s,” Ho said.