'National security risk if foreign counsel is allowed for Lai' 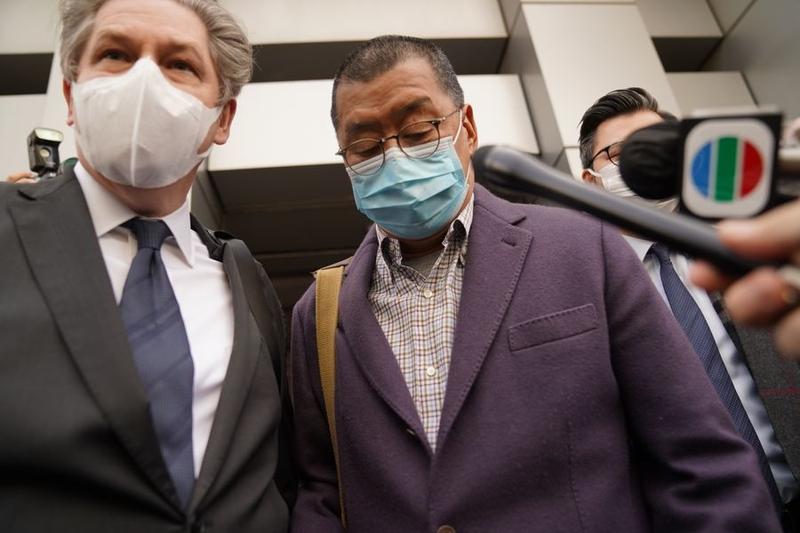 Hong Kong political and legal prominent figures said the special administrative region would face a grave national security risk if media tycoon Jimmy Lai Chee-ying were to be allowed to have a UK barrister as his counsel in his upcoming trial.

Lai will be tried on Dec 1 on four charges, including conspiracy to seek foreign sanctions on China and the Hong Kong Special Administrative Region

The High Court in October approved Lai’s bid to hire British King’s Counsel Timothy Owen as his defense lawyer. Lai is charged with colluding with foreign forces under the National Security Law for Hong Kong.

On Friday, the Court of Final Appeal will hear an application for leave of appeal from the Department of Justice, which is attempting to overturn the lower court’s decision.

Lai will be tried on Dec 1 on four charges, including conspiracy to seek foreign sanctions on China and the Hong Kong Special Administrative Region.

Lau Siu-kai, vice president of the Chinese Association of Hong Kong and Macao Studies, said that Lai’s case will inevitably involve evidence of foreign interference in Hong Kong’s affairs, especially from the United Kingdom and the United States.

Therefore, using a UK barrister to represent Lai in his upcoming trial will definitely lead to controversy and be considered unfair by many, regardless of the final trial result, Lau said.

Lawrence Ma Yan-kwok, a barrister and chairman of the Hong Kong Legal Exchange Foundation, said that allowing a nonlocal lawyer from a foreign country to defend a case involving the National Security Law would pose serious national security risks.

For example, the lawyers may violate the confidentiality agreement and disclose State secrets when they return to their country, thus affecting national security. It is also difficult to hold them accountable, Ma said.