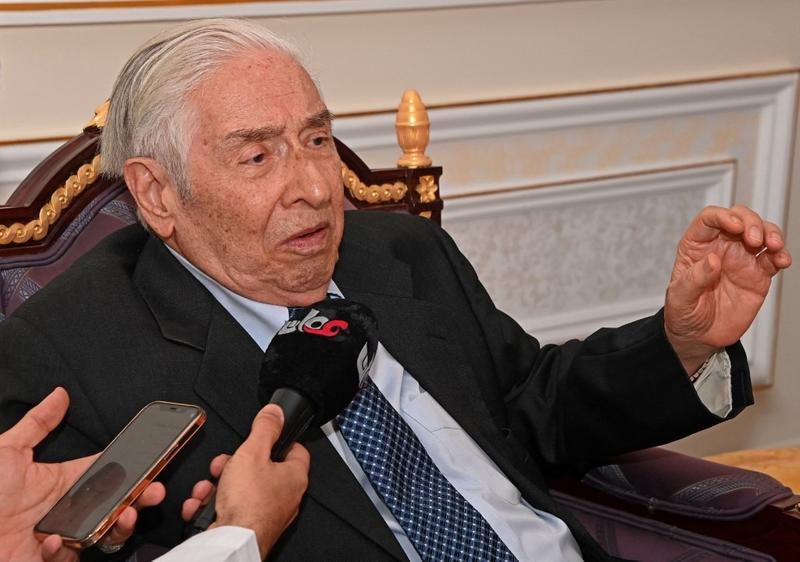 Baquer Namazi, an Iranian-American jailed in Iran on spying charges, speaks to the press upon his arrival to the Omani capital Muscat on Oct 5, 2022 following his release. (PHOTO / AFP)

TEHRAN - Baquer Namazi, an Iranian-American who was jailed in Iran on spying charges, left the country on Wednesday for Oman after the removal of his travel ban on humanitarian grounds a few days ago, local media reported.

The 85-year-old had been sentenced to 10 years in prison in 2016 on charges of spying for the United States along with his son Siamak.

Namazi was arrested in February 2016 after landing in Iran to see his imprisoned son.

ALSO READ: Iran says ready for prisoners swap as waiting for US decision

The ban on his leaving Iran was removed a week ago, following his repeated requests for continuing his medical treatment outside the country, Kazem Gharibabadi, deputy chief of the Iranian Judiciary and secretary of the Iranian High Council for Human Rights, earlier said.

Because of his health problems, Namazi had stayed at his own home in Tehran, not in prison, for nearly four years, according to Gharibabadi.

At a weekly press conference on Monday, Iranian Foreign Ministry spokesman Nasser Kanaani said Namazi's release was on humanitarian grounds and not related to any other issues.

He added that the exchange of prisoners between Iran and the United States is a humanitarian issue and is being discussed with Washington through mediators.

READ MORE: Iran condemns US sanctions against its intelligence ministry