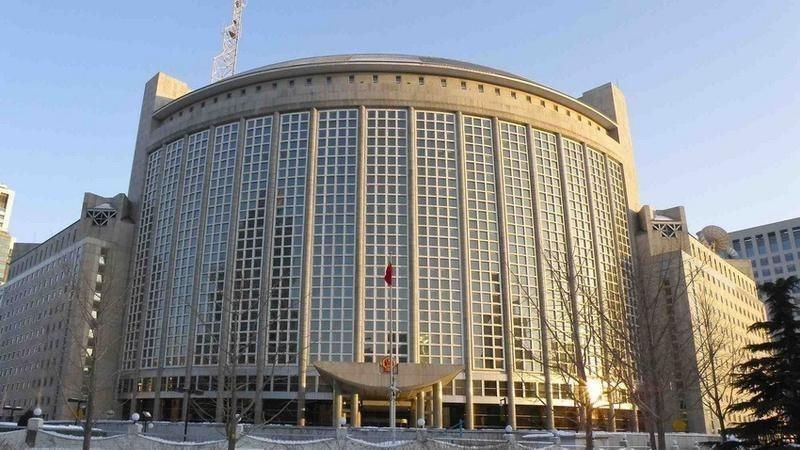 This undated photo shows the building of China's Foreign Ministry in Beijing, capital of China. (PHOTO PROVIDED TO CHINA DAILY)

BEIJING - China strongly deplores the egregious move by a Japanese politician who is visiting the Taiwan region of China, and will take resolute and strong measures to defend national sovereignty and territorial integrity, a Chinese foreign ministry spokesperson said on Tuesday.

According to reports, Keiji Furuya, a Liberal Democratic Party lawmaker of Japan and chairperson of the Japan-ROC Diet Members' Consultative Council, is in Taiwan for a visit and will meet the island's leader Tsai Ing-wen.

In disregard of China's solemn representations, Keiji Furuya has visited the Taiwan region of China, which grossly interferes in China's internal affairs, blatantly violates the one-China principle and the spirit of the four China-Japan political documents and sends a seriously wrong signal to the "Taiwan independence" separatist forces, the spokesperson said when answering a media query regarding the visit.

To seek selfish political gains, certain Japanese politician has colluded with the "Taiwan independence" forces to make a political stunt just like some others have done and the Japanese government connived at such political manipulation to undermine China's sovereignty and territorial integrity, said a spokesperson for China's Foreign Ministry

Noting Taiwan is an inalienable part of China's sacred territory, the spokesperson said the Taiwan question bears on the political foundation of China-Japan relations and the basic trust between the two countries.

The Japanese side made a solemn commitment on this question to the Chinese side, the spokesperson said, adding that Japan once kept Taiwan under its colonial rule for half a century and Japan is historically responsible for its serious wrongdoing to the Chinese people and has all the more reason to be prudent in its words and deeds.

To seek selfish political gains, certain Japanese politician has colluded with the "Taiwan independence" forces to make a political stunt just like some others have done and the Japanese government connived at such political manipulation to undermine China's sovereignty and territorial integrity, the spokesperson said.

Such behavior of reneging on one's commitment with sinister intention is doomed to fail and will not stop the historic process of China's complete reunification, the spokesperson added.

"We urge the Japanese side to deeply reflect on the events of history, abide by the principles of the four China-Japan political documents and the commitments it has made, stop making provocation and stop stirring up trouble on the Taiwan question," the spokesperson said.

Japan must not wade in muddy water and seek selfish gains in the Taiwan Straits and must stop going further down the wrong path, the spokesperson added.