Editor’s note: China Daily is publishing a series of stories reviewing President Xi Jinping’s visits at home and abroad in the past decade, to showcase his vision for development in China and the world. 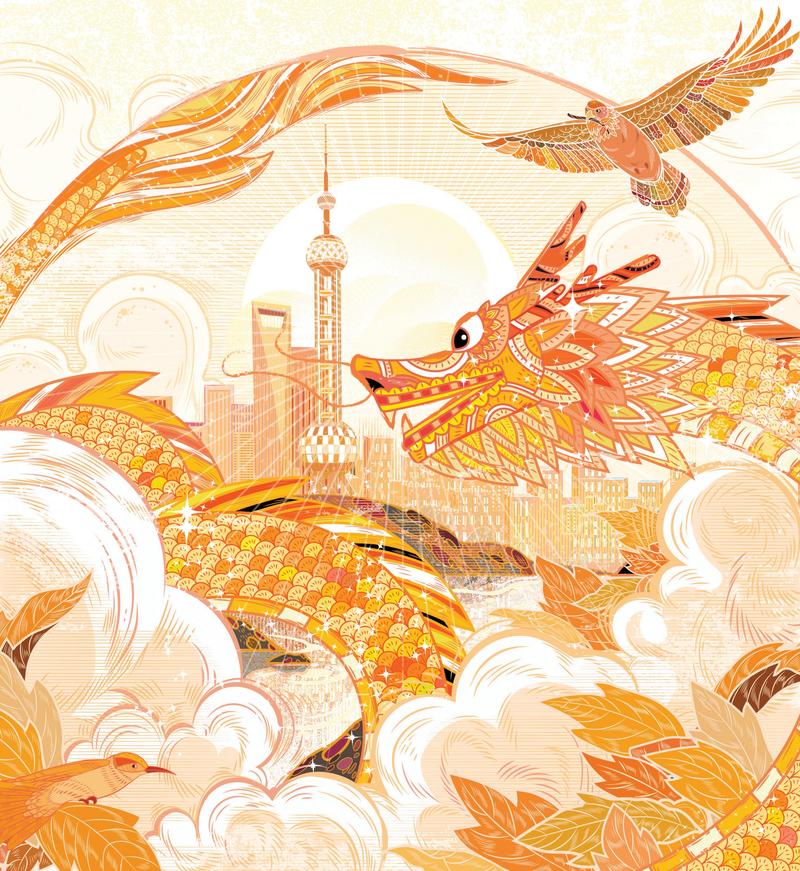 One was to increase its shareholding in its Shenzhen-based securities business in Guangdong province, from 51 to 90 percent, and the other, boosting its stock holding in its insurance venture based in Shanghai from 50 to 100 percent.

The moves also came amid a strong performance by the bank in China and expanded policy measures to open up the financial sector.

Mark Wang, president and CEO of HSBC China, said, “We see in China an economy that has demonstrated its resilience and that still presents long-term growth potential and attractive opportunities to foreign firms and investors.”

Wang said China has been committed over many years to opening up its financial system and developing a sustainable, innovative economy.

“We welcome measures to promote high-level opening-up in financial industries. The number of foreign investors and the volume of foreign investment in China have both risen as a result,” he added.

Over the past decade, Shenzhen and Shanghai have been at the forefront of China’s opening-up, and President Xi Jinping has made some of the most important speeches in these cities on opening up the Chinese market to the world.

Shenzhen, home to the nation’s first special economic zone, which has pioneered China’s reform since being established in 1980, was the destination for Xi’s first domestic trip after he was elected general secretary of the Communist Party of China Central Committee in November 2012.

After presenting a basket of flowers at the statue of former Chinese leader Deng Xiaoping in Lianhuashan Park on Dec 8 that year, Xi delivered a powerful appeal for the nation to forge ahead with reform and opening-up.

“We came to salute the bronze statue of Deng Xiaoping to show our unwavering commitment to further reform and opening-up and strive for new progress, new breakthroughs and new levels in reform, opening-up and the modernization drive,” he said. 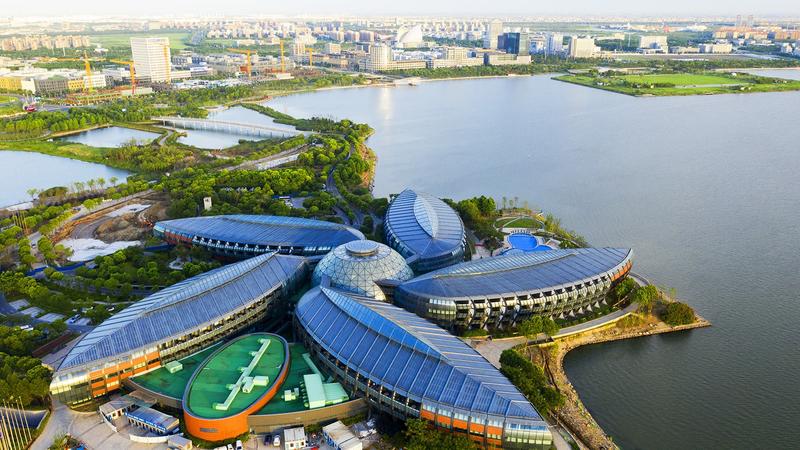 The visit was widely viewed as being highly significant for the nation’s broader steps to promote a high level of opening-up in its various sectors, boost its appeal to foreign investors, and develop a market-oriented, law-based and internationalized business environment.

Xu Xiujun, a researcher of international political economy at the Chinese Academy of Social Sciences’ Institute of World Economics and Politics, said Xi’s trip to Shenzhen in 2012 sent a clear signal to the international community that China would remain committed to pursuing reform and opening-up.

“The visit strengthened the nation’s resolve and confidence in this regard. It also responded to doubts voiced in the world over whether China would forge ahead with its new journey to openness,” he said.

Since 2017, China has been the second-largest global destination for foreign investment. It has been the largest nation in terms of trade in goods and services since 2020.

According to the Ministry of Commerce, China’s actual use of foreign capital rose last year by 14.9 percent year-on-year to a record high of about 1.15 trillion yuan ($181 billion). This figure marked a 62.9 percent rise from the corresponding level in 2012.

Gao Ming, who analyses macroeconomics at China Merchants Securities, said, “Over the past decade, China has developed a high-standard policy framework for opening-up, including opening-up at the systemic level, the Belt and Road Initiative and reform of the global governance system.”

He noted that the nation has continued to shorten the negative list for foreign investment, open its financial sector to such investment, and develop free trade zones and ports in its opening-up drive.

Xi also visited Shenzhen in 2018 and 2020, laying out a new vision for the special economic zone and renewing commitments for China to open itself wider to the world.

He told a celebration marking the 40th anniversary of the establishment of the zone in Shenzhen that reform would not come to a standstill, and opening-up would progress further. 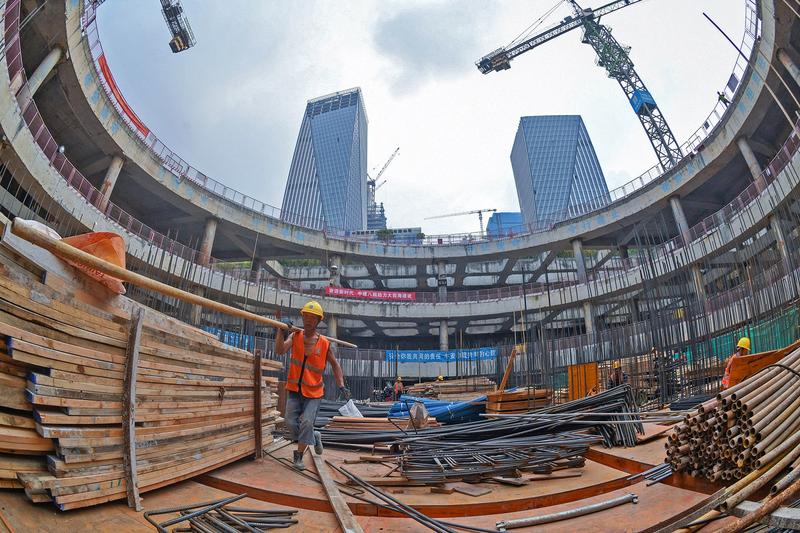 The first stop during his visit in 2012 was Qianhai, a pilot free trade zone and a hub for cooperation in modern services between Shenzhen and the Hong Kong special administrative region. Xi visited the area again in 2018, and two years later, he delivered a speech at a local convention center.

He encouraged the region to fully pursue the pioneering spirit of special economic zones and to put special piloting policies in place.

Financial services is among the sectors given priority in Qianhai, and this is one of the reasons foreign banks, including HSBC, have set up branches such as securities.

The lender, which is based in London, used its advantage in ownership of Hongkong and Shanghai Banking Corp — a subsidiary based in Hong Kong — to launch in Qianhai, in December 2017, China’s first joint venture securities company majority-owned by a foreign bank.

Raising its stake in the securities venture to 90 percent in April was another step taken by the bank to gain a firmer foothold as it looks to expand in China.

Wang, from HSBC, said, “All these steps show that HSBC’s commitment to supporting China’s continued economic growth and internationalization remains as strong as ever — and is still growing.”

He added that the bank would continue to build its business in China, including investment of more than 3 billion yuan from 2020 to 2025 and the issuance of a one billion yuan lending fund to help smaller companies hit hard by COVID-19-related challenges.

“We plan to hire nearly 100 staff members in private banking business by end of this year, expand the team size threefold in the next five years, and will extend our private banking footprint to more cities, including Hangzhou and Chengdu,” Wang said.

Huang Tianlei, a research fellow at the Peterson Institute for International Economics, a think tank in the United States, said the surge in inbound foreign direct investment is evidence that China has continued to liberalize its investment environment for foreign companies.

“This suggests that many foreign corporates investing in China still find the Chinese domestic market a major attraction, despite calls by some Western governments for reshoring,” he said. 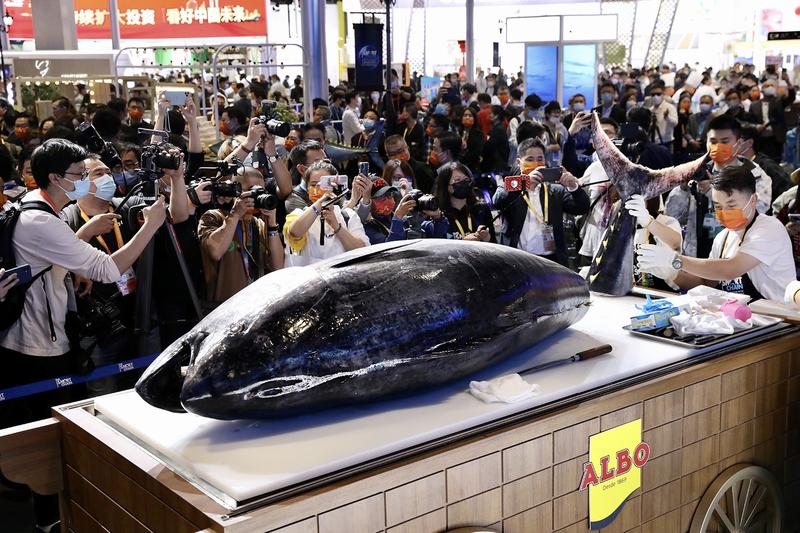 He added that the Chinese government has continuously reduced the negative list restricting foreign investment. As a result, fewer sectors are now off limits to overseas companies.

“In financial services, for example, foreign companies are now allowed to take controlling shares in existing joint ventures, or to open new wholly foreign-owned firms, which has led to a steady increase in inbound investment in the sector in recent years,” Huang said.

Shanghai, a financial hub and China’s largest port, has led the nation in trade and opening-up. The city also hosts the world’s first import-themed expo, the China International Import Expo, which was planned by Xi in person.

The president traveled to Shanghai to address the opening ceremonies of the first and second expos in 2018 and 2019, unveiling measures that included lowering tariffs and easing market access for international companies.

In a keynote speech at the 2018 event, Xi said: “We will take further steps to lower tariffs, facilitate customs clearance, reduce institutional costs for imports, and step up cross-border e-commerce and other new forms and models of business. China has a big market of over 1.3 billion people, and it is our sincere commitment to open the Chinese market.”

He pledged unrelenting steps to increase the openness of the financial services, agricultural, mining and manufacturing sectors, and to accelerate opening in fields such as telecommunications, education, medical services and culture.

“In the coming 15 years, China’s imports of goods and services are expected to exceed $30 trillion and $10 trillion respectively,” Xi said in his 2018 speech.

Xu, from the Chinese Academy of Social Sciences, said the expo marked a major step for China to open up its markets and share its growth opportunities. It was also a pragmatic step to develop an open world economy and promote common development.

“The expo, a key pillar for China’s opening-up in the new era, will enable the country to contribute to global trade, economic growth and the rebalancing of economic globalization,” he said. 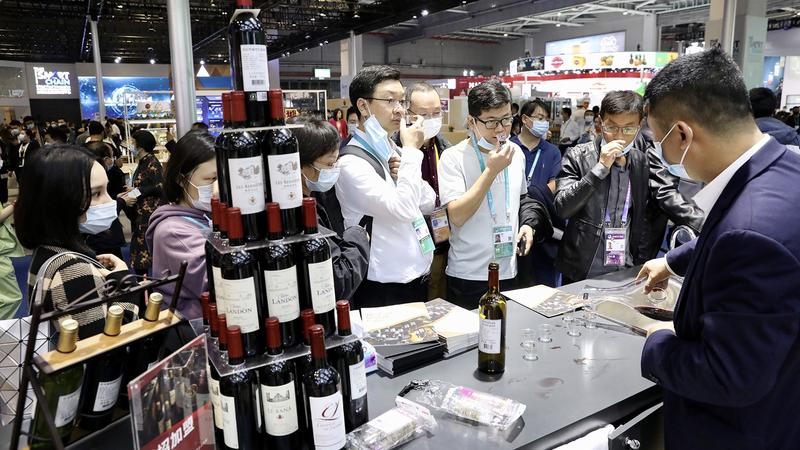 Phaichit Viboontanasarn, vice-president and secretary-general of the Thai Chamber of Commerce in China, said such expos have brought benefits for Thai producers and service providers, making Thai brands widely popular in the Chinese market.

“China’s economic openness creates economic benefits and opportunities for foreign businesses in many ways,” he said.

He also expressed optimism for the Chinese market’s prospects, adding that it could grow even bigger with expansion of the middle-income group, improvements to rural infrastructure, and rising living standards among the rural population.

According to the Ministry of Commerce, it now takes imported goods an average of one and a half days to complete customs clearance, down from four days in 2017.

This year, China opened up another 22 sectors and raised the level of openness for 37 sectors as it officially enacted the Regional Comprehensive Economic Partnership, the world’s largest trade agreement, which covers a market of 2.2 billion people.

“As the world’s largest and fastest-growing market, China has a sound set of supporting industries, rich human capital, a fine innovation environment, and incomparable potential for domestic demand,” Wang Shouwen, vice-minister of commerce, said at a news briefing in May.

With the nation signing more free trade agreements, and its formal application to join the Comprehensive and Progressive Agreement for Trans-Pacific Partnership, foreign businesses will see broader opportunities for growth, he said.

Shi Jing in Shanghai contributed to this story.