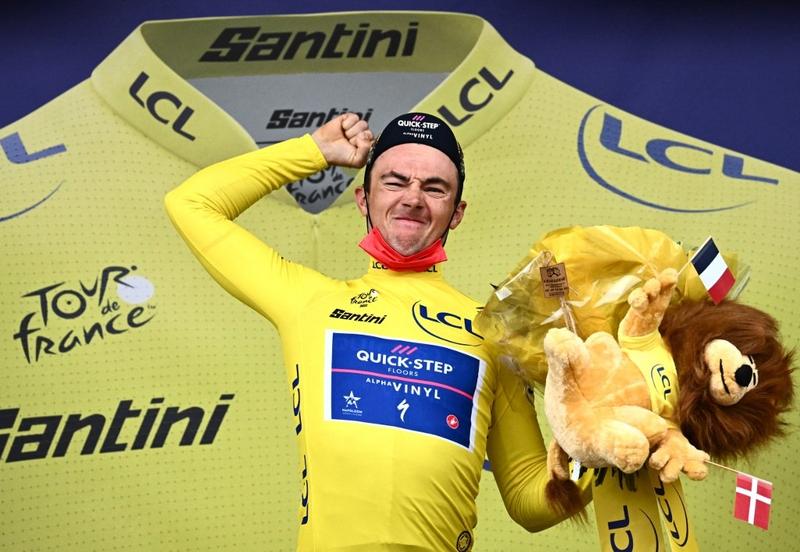 Lampaert finished with a time of 15 minutes and 17 seconds in rainy conditions that slowed several riders. Slovenia's Tadej Pogacar, who is targeting his third consecutive Tour de France title, finished seven seconds behind in third.

"I have beaten the great Wout van Aert," said Lampaert. "It's incredible - I never expected that. For now, I don't understand. It's the Tour de France, the best riders have completed the course and I'm in the lead."

Copenhagen is known as the world's most bike-friendly city but the stage was anything but as rain led to slippery conditions - especially on the cobblestones - where a couple of riders crashed.

Van Aert, who was behind the pace at the intermediate point, then stormed into the lead when he passed the finish.

Lampaert was also two seconds behind at the intermediate point but picked up the pace as the roads began to dry to top the time sheets as Van Aert looked on impressed.

"Yves is a specialist on short time trials and I'm happy for him," said Van Aert, who was experiencing knee pains before the race. "Today was okay I didn't feel any pain, it's good. But it's still a disappointment to finish second." 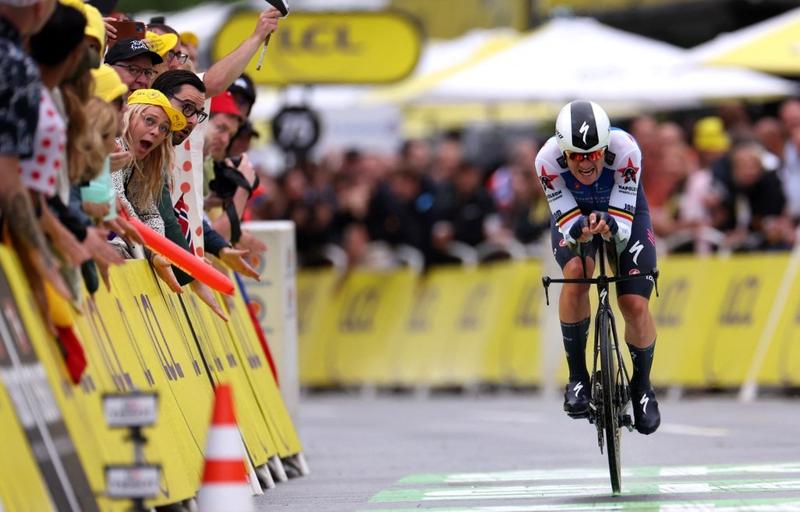 Geraint Thomas, winner in 2018, was 25 seconds behind and the Ineos Grenadiers rider later realised he had been slowed down because he forgot to remove his gilet before going out the gate.

"I zipped it up, it was nice and snug - and I didn't realise. The guy at the start didn't notice, not that it was his fault," Thomas said.

"Once I went through that time check and I was 18 seconds down at the check point, then I just took the pin out."

The Tour was earlier thrown under a cloud after authorities searched the vehicles and rooms of the Bahrain Victorious team's staff and riders as French prosecutors opened a preliminary investigation into doping allegations.

Their homes were also searched by police on Monday before their departure for the Tour.

Saturday's stage two is a 202.2 km flat stage from Roskilde to Nyborg.