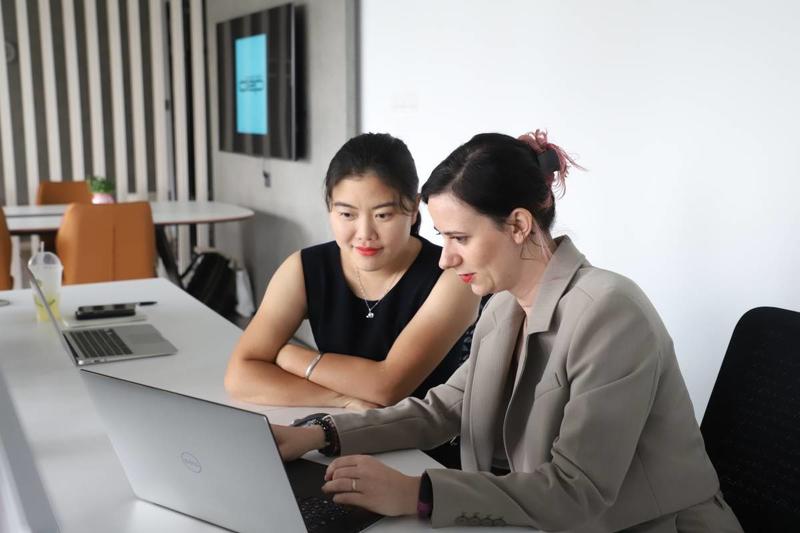 GUANGZHOU－About four years ago, Italian industrial designer Laura Mimini found herself falling in love with China almost immediately upon her arrival. The rich, old culture embraced her with a warmth that made her feel at home.

My mind opened completely because I saw things I’ve never seen before. It’s a wonderful place for designers, with so many creative treasures.

Mimini used to be surrounded by the ancient European monuments, castles, and cathedrals in the city of Brescia in northern Italy. She was fascinated by the feeling of being surrounded by art and history.

"Both Italy and China are known for their culture and artistic heritage. China has a long history and a lot of artistic things that are quite different from Europe, which is interesting for designers," she says.

Before coming to China, Mimini and her boyfriend, also a designer, went to Australia in 2017. She decided to explore China by herself after receiving an invitation from Shunde, an ancient district of Foshan. Three months later, Mimini made up her mind to stay in China for a longer time and asked her boyfriend to join her.

Based in the Guangdong-Hong Kong-Macao Greater Bay Area, one of the most important economic and manufacturing bases in China, Mimini had greater opportunities to visit factories and talk to producers.

Over the past four years, she has been cooperating with Chinese companies by designing the appearance or functions of products such as stationery, tea sets and helmets.

Mimini loves traveling. She described traveling as a way to explore and study. She has visited a number of provinces, including Gansu, Hunan, Heilongjiang and Fujian. The diversified cultural traditions and attractions excited her.

"My mind opened completely because I saw things I've never seen before. It's a wonderful place for designers, with so many creative treasures," she says.

She also enjoyed attending various fairs showing the latest designs and products. Last year, she attended the 130th China Import and Export Fair, or the Canton Fair, in Guangzhou.

Also a music lover, Mimini sometimes plays bass guitar with her friends. She says her passion does not only lie in designing but in everything related to art.

Mimini also played with some Chinese musicians who, she notes, play in a "softer" way, which she sees as an approach to understanding Chinese culture.

"For me, China has a very likable environment," she says. "My hope in the future is that we can grow and be successful with the company here, cooperating with Chinese people and bringing Italian design to China."