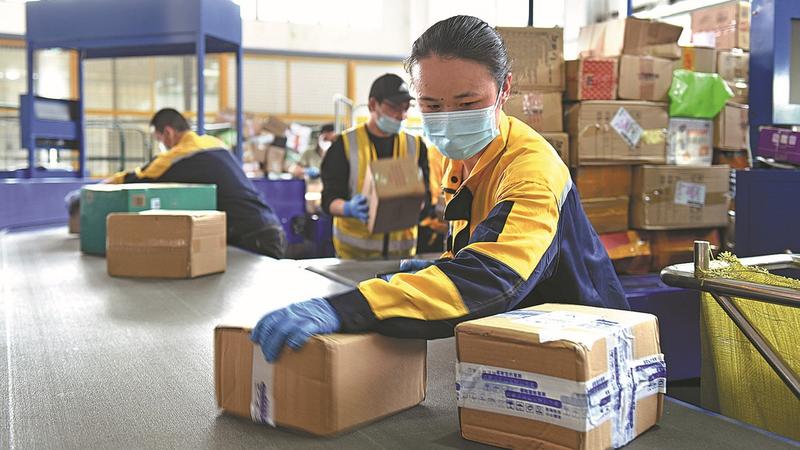 The country's delivery service providers handled 31.71 billion parcels in the January-April period, according to the State Post Bureau.

During this period, business revenue of the sector gained 2.3 percent year on year to total 313.33 billion yuan ($46.17 billion), the bureau said.

In April alone, Chinese delivery service providers saw their business volume and revenue down 11.9 percent and 10.1 percent, respectively, from a year ago.