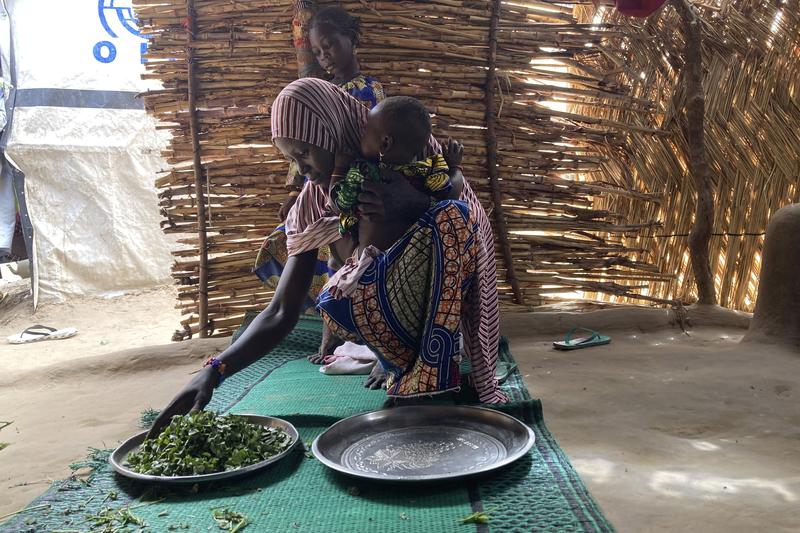 Iza Ali, 25, selects vegetables to prepare a meal for her family at the Jere camp of people displaced by Islamist extremists in Maiduguri, Nigeria, May 4, 2022. Iza Ali's five children are still waiting to eat at 3 pm. (CHINEDU ASADU /AP)

ROME, May - The head of the Rome-based United Nations Food and Agriculture Organization (FAO) on Friday called on the world's largest industrialized economies to take steps to anticipate future food shortages.

Qu Dongyu, FAO's director-general, said the Russia-Ukraine conflict proved the need for a global effort to limit increases in food prices like those currently threatening poor nations in Africa and Asia.

Qu Dongyu, FAO's director-general, said the Russia-Ukraine conflict proved the need for a global effort to limit increases in food prices like those currently threatening poor nations in Africa and Asia

"We need to actively identify ways to make up for potential future gaps in global markets, working together to foster sustainable productivity increases where possible," he said.

Qu's remarks were part of the lead-up to next month's Group of Seven (G7) summit in Germany, where dramatic increases in food prices are expected to be a major topic of discussion.

Even before the start of the Russia-Ukraine conflict, the world's most vulnerable people were under threat. FAO data showed that at the end of last year, around 193 million people globally were "acutely food insecure and in need of urgent assistance." That number represents an increase of nearly 40 million people compared to a year earlier.

Qu said that it is in this dramatic content that we now face the conflict in Ukraine.

The conflict has had a dramatic impact on world food prices, according to FAO data. In March, the 32-year-old FAO World Food Price Index reached its all-time high after its largest one-month increase -- due mostly to the impacts of the conflict. In April, the index dipped modestly from its record high.