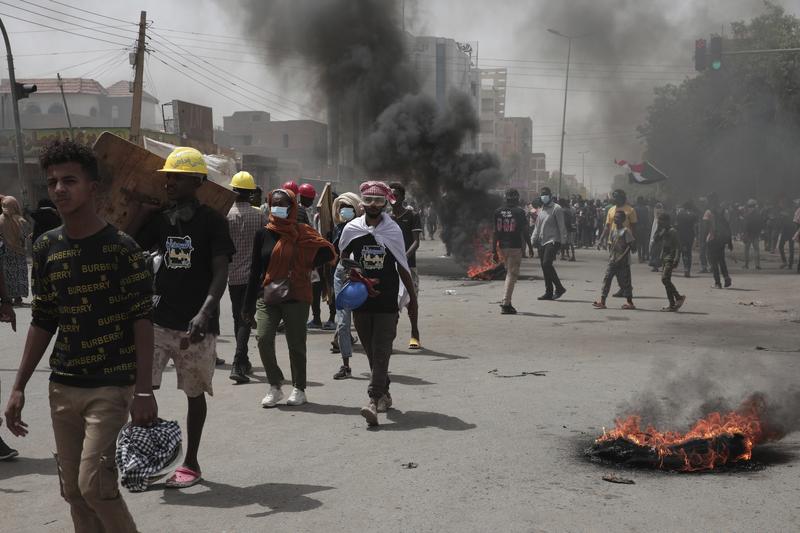 Sudanese protesters take part in a rally against military rule on the anniversary of previous popular uprisings, in Khartoum, Sudan, May 12, 2022 . (MARWAN ALI / AP)

KHARTOUM – Security forces fired tear gas and stun grenades at protesters who rallied against Sudan's military rulers on Thursday, as diplomatic moves to broker a political solution to a post-coup crisis showed little sign of progress.

Thousands marched towards the presidential palace in Khartoum amid high temperatures and a heavy security presence, in the first major demonstration since the fasting month of Ramadan and the biggest turnout for several weeks.

Crowds in the capital – and others filmed in other cities on social media – could be heard chanting "Kill us, we're not afraid," and "The people's government is civilian."

Sudan has been in political flux since months of mass demonstrations pushed the military into overthrowing former president Omar al-Bashir in April 2019.

At least 95 people have been killed in protests since the coup, and thousands injured, according to medics

After more rallies, the army agreed to share power with civilian groups, but then took over again in a coup in October 2021.

Since then, civilian parties including resistance committees organizing the protests, have rejected negotiation with the military. Military leaders have looked to factions that were close to Bashir to try to build a political base.

Talks organized by the United Nations and the African Union that were expected to launch this week have stumbled, amid heavy criticism from parts of the military and civil society.

"After the signing of the charter, we are more optimistic," 38-year-old protester Ahmed Fathalrahman said. 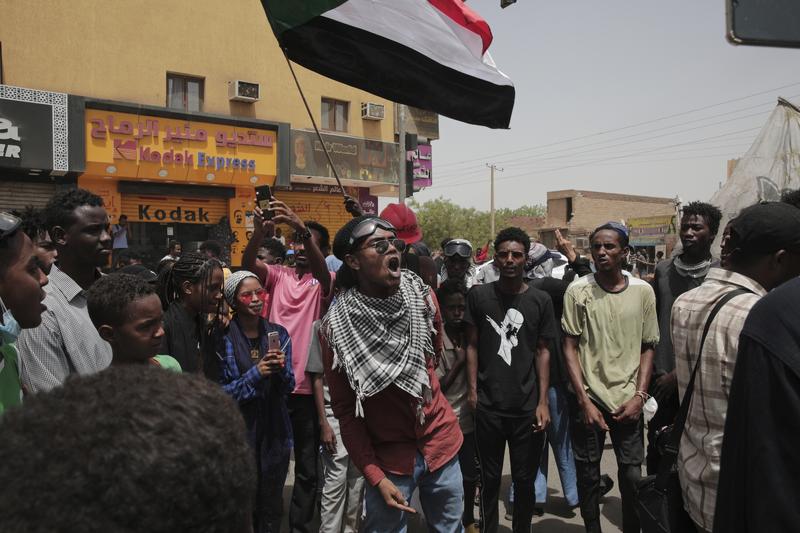 This May 12, 2022 photo shows protesters in a rally against military rule on the anniversary of previous popular uprisings in Khartoum. (MARWAN ALI / AP)

At the start of the protest, a Reuters witness saw heavy deployment of army, police and the Central Reserve Forces – which the United States imposed sanctions against in March – along the protest route and in residential areas.

At least 95 people have been killed in protests since the coup, and thousands injured, according to medics. Lawyers say dozens of political prisoners remain in detention.

Military leaders say the deaths will be investigated, that those detained face criminal charges and that the coup was a corrective to political infighting.