China out of Thomas Cup after being swept by Indonesia 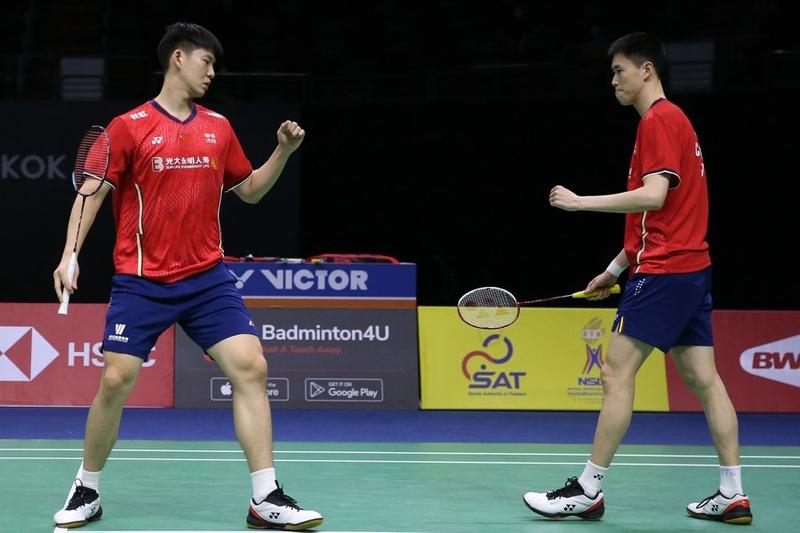 Liu Yuchen (left)/Ou Xuanyi of China react in the doubles match against Mohammad Ahsan/Kevin Sanjaya Sukamuljo of Indonesia during a quarterfinal match between China and Indonesia at the Thomas Cup badminton tournament in Bangkok, Thailand, May 12, 2022. (WANG TENG / XINHUA)

In a repeat of the Thomas Cup final last year, in which Indonesia swept China to claim the trophy, both teams made changes to their line-ups this time.

China's Zhao Junpeng put on an epic struggle in the second set to tie the match but his last-ditch efforts fell short in the third and lost by 21-12, 25-27 and 21-17

China sent Zhao Junpeng instead of top-ranking Lu Guangzu against Indonesia's Anthony Sinisuka Ginting. Zhao put on an epic struggle in the second set to tie the match but his last-ditch efforts fell short in the third and lost by 21-12, 25-27 and 21-17.

In the following doubles match, the combination of Kevin Sanjaya Sukamuljo and Mohammad Ahsan, ranked top and second respectively in the world, proved too good for the Chinese duo Liu Yuchen/Ou Xuanyi to handle as Indonesia extended its lead.

In the following singles, China's Li Shifeng couldn't improve from his defeat by Jonatan Christie in the last Thomas Cup final and went down in straight sets (21-13, 21-18) that saw Indonesia advancing to the semifinals.

The defeat also marked only the second time in 40 years that the Chinese men's team failed to reach the Thomas Cup semifinals following an early exit in 2016.

Indonesia will continue its quest for a back-to-back championship with a semifinal clash against Japan, while India and Denmark meet in the other semifinal.