Nearly three years after a nightmare scenario onstage helped propel young pianist An Tianxu into the public eye, he is preparing to return to China in support of his debut album, Chen Nan reports. 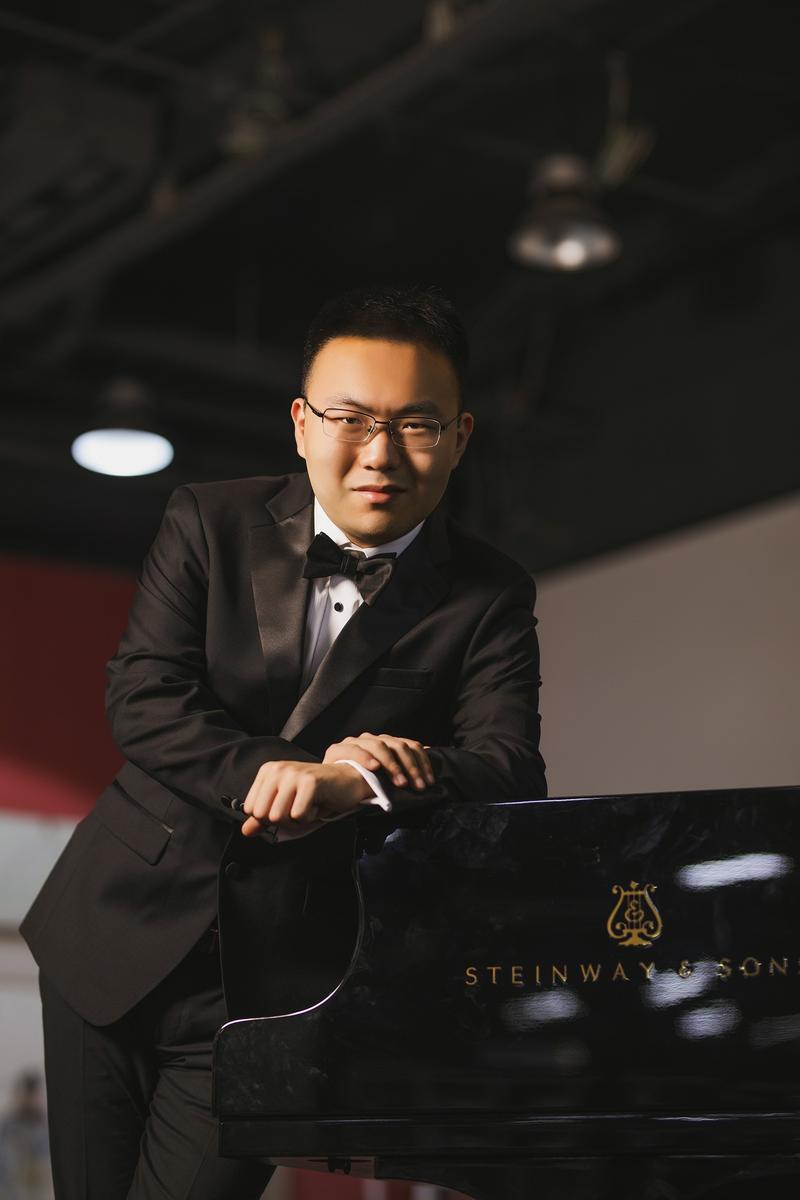 In 2019, a terrible mistake was made during the final of the International Tchaikovsky Competition in Russia, leaving Chinese pianist An Tianxu in a nightmare scenario onstage.

An, 20 years old at the time, took to the stage with the understanding that he was going to play Tchaikovsky's Piano Concerto No 1, which would be followed by Rachmaninov's Rhapsody on a Theme of Paganini. However, the organizing committee of the competition gave the conductor and orchestra the wrong order of play. When the performance started, the orchestra struck up Rachmaninov's Rhapsody on a Theme of Paganini while An was expecting them to play the Tchaikovsky piece.

As artists, either composers or pianists, it’s much more important to show our personalities and emotions through our work than to simply display technique.

The stress and horror for the soloist in such a situation is hard to imagine. However, the pianist soon adjusted himself and responded quickly, switching to the piece being played by the orchestra. After his performance, An won the fourth prize and was also given a special prize for courage and restraint.

Three years on, An recalls that competition and the mix-up vividly.

"After I realized the mistake, I only had one thing on my mind, that was to keep the show going. Now when I look back, my ability to react quickly was the result of my good muscle memory, which was based on my daily practice," says An.

He considers the "nightmare" as a great learning experience, though, which has helped hone his ability to cope with sudden stress. He also feels grateful that, because of the events which unfolded at the competition, many people got to know him and he received many opportunities to perform with established symphony orchestras.

On April 27, the 23-year-old pianist just wrapped up his graduation recital held at the Curtis Institute of Music, where he studied from 2015-22. He performed pieces by various composers, including Mozart, Johannes Brahms and Robert Schumann, displaying his versatility as a pianist.

"The recital is the conclusion of my study at the Curtis Institute of Music. During the past seven years, I learned to play a large number of new musical works, which is good training for a young pianist," says An. 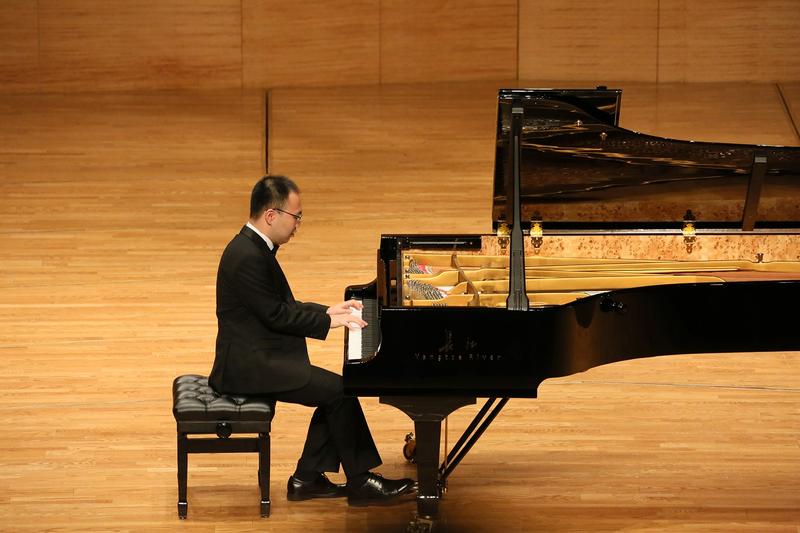 An at a concert during his first performance tour of 19 Chinese cities, featuring 21 recitals, last summer. (PHOTO PROVIDED TO CHINA DAILY)

As he says, the new album, recorded in August in Xinghai Concert Hall in Guangzhou, Guangdong province, was inspired by his days preparing for the International Tchaikovsky Competition.

"Ever since I was a child, I loved reading books by Russian writers and listening to music by Russian composers," says An, who read War and Peace, a classic novel by the Russian writer Leo Tolstoy, at 12 years old. "Both their literature and music are romantic, beautiful and epic. Those music pieces allow listeners to have different feelings－a touch of velvet, a sonorous-voiced narration or glittering gold."

Starting to learn to play the piano at the age of 5, An grew up by playing and listening to Tchaikovsky's music works. The composer's pieces, October and November from The Seasons Op 37a, Meditation and Scherzo-fantaisie from Eighteen Pieces, Op 72 are featured on his new album.

He also plays Variations on a Theme of Chopin Op 22 in C Minor, which is a fairly early work, written in 1903 by Rachmaninov when the composer was 30, which, An says, has been "sadly neglected" compared to the composer's other works.

"I want to introduce some music that the listeners may not be familiar with. These works, alongside the more popular pieces, create a whole picture for us to better understand the composers," says An. "As artists, either composers or pianists, it's much more important to show our personalities and emotions through our work than to simply display technique."

The pianist decided to include Four Etudes Op 2 by Prokofiev on his debut album because the composer is considered as one of the most important in Russia in the 20th century, who contributed new music to the standard "classical "repertory.

"He has a way of jumping in and out of keys, composing music pieces for piano in a percussive way. His style is full of rhythmic energy and wonderful melodies," An says.

Last summer, the pianist launched his first national tour by visiting 19 cities and giving 21 recitals. In summer, he plans to return to his home country from the United States with more concerts and will perform Variations on a Theme of Chopin Op 22 in C Minor from the new album.

"I usually spend some time alone before the recital starts. I put myself in the scenarios and feel the emotions portrayed by the first music piece I am going to play, which prepares me for the recital," An says.

As a child, An attended piano classes in his hometown, Baoding, Hebei province, because his parents, who are not musicians, initially thought that the instrument would be a good way of helping their child develop his intelligence. However, An showed an innate talent and, at 9 years old, he was admitted to study at the elementary school affiliated to the Central Conservatory of Music in Beijing. Later, he continued his music study at the middle school affiliated to the Central Conservatory of Music before he went to study at the Curtis Institute of Music in Philadelphia.

This September, An will attend The Juilliard School in New York.

"I practiced about 45 minutes to an hour a day when I began playing the piano. I didn't find it boring and focused on playing," recalls An. "People around me, like my parents and teachers, told me that I had the talent to become a pianist, which gave me lots of confidence. I am grateful that I was trained to have a good attitude about studying music ever since I was a child, which benefits me still."

As well as playing the piano, An also has the habit of reading. Influenced by Confucianism, An believes in discipline. He also applies a literary aesthetic to his piano playing.

"Music and literature are mutual. Reading music scores is also like reading books, which is about understanding composers and gaining valuable knowledge," An says.