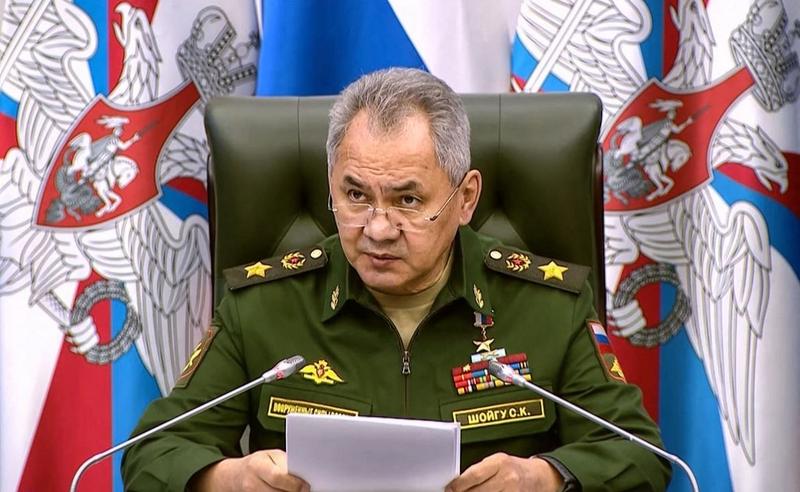 MOSCOW / BRUSSELS - Any vehicle of the North Atlantic Treaty Organization (NATO) that arrives in Ukraine with weapons or material for the needs of the Ukrainian armed forces is considered by Russia as "a legitimate target for destruction," Russian Defense Minister Sergei Shoigu said Wednesday.

Shoigu made the remarks at a meeting with Russia's top defense officials, noting the United States and its NATO allies are continuing to supply weapons to Ukraine.

The European Union (EU) will phase out Russian crude oil within six months and refined products by the end of the year, European Commission President Ursula von der Leyen said

Russian troops together with the forces of Lugansk and Donetsk are controlling more areas of Donbass, and they will continue to fulfill their tasks, according to the minister.

For the safe evacuation of civilians from combat zones, humanitarian corridors are opened daily, he said, adding that the Russian armed forces are actively providing humanitarian assistance to residents living in cities controlled by the forces.

Meanwhile, the European Union (EU) will phase out Russian crude oil within six months and refined products by the end of the year, European Commission President Ursula von der Leyen said Wednesday, announcing the sixth package of sanctions against Russia.

"We now propose a ban on Russian oil. This will be a complete import ban on all Russian oil, seaborne and pipeline, crude and refined," von der Leyen told lawmakers in the European Parliament in Strasbourg, France.

The package also includes a new list of sanctioned Russian military officers and other individuals, the "de-SWIFTing" of Russia's biggest bank Sberbank and two other major banks, the cutting-off of three Russian state-owned broadcasters from European airwaves and a ban on services of EU-based accountants and consultants to Russian companies.

The sixth sanction package aims to deprive the Russian economy of "its ability to diversify and modernize," von der Leyen said.