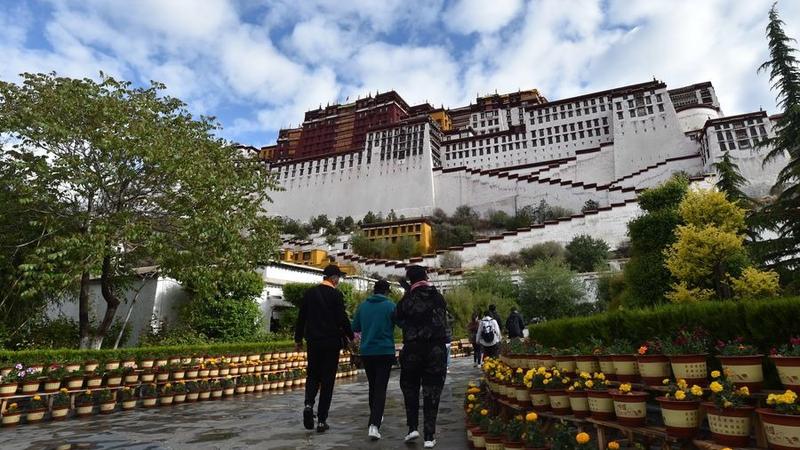 Wang made the remarks at a regular press briefing in response to a statement put out by the US State Department urging China to disclose the whereabouts and the well-being of the "reincarnation" of the Panchen Lama.

Foreign Ministry Spokesperson Wang Wenbin said the Chinese government pursues policies of freedom of religious belief, including respecting and protecting the reincarnation of Living Buddhas, an institution of inheritance in Tibetan Buddhism

Wang said the Chinese government pursues policies of freedom of religious belief, including respecting and protecting the reincarnation of Living Buddhas, an institution of inheritance in Tibetan Buddhism.

"For the reincarnation of the Dalai Lama, the Panchen Lama and other grand Living Buddhas, a complete set of methods and procedures have been established over the centuries, and the religious rituals and historical conventions, as well as the Chinese laws, need to be complied with in this process," Wang said.

Noting that the 14th Dalai Lama is an anti-China separatist under the cloak of religion, Wang said that 27 years ago, when he was abroad, the Dalai Lama took the liberty of declaring a child to be the reincarnation of the Panchen Lama in order to carry out anti-China separatist political hype to the detriment of religious rituals and in disregard of historical conventions.

"This is illegal and invalid," Wang stressed, adding that the so-called reincarnated child is just an ordinary Chinese citizen living a normal life. He and his family do not want their normal life to be disturbed by others.

Wang said the US side should fully understand and respect their wishes, rather than taking the opportunity to engage in political manipulations and attack and discredit China.

"If the United States really cares about human rights and religious freedom, why did it carry out the all-round and systematic ethnic cleansing of Indian Americans, leading to their cultural genocide?" asked Wang. "The US side should provide a convincing explanation," he added.