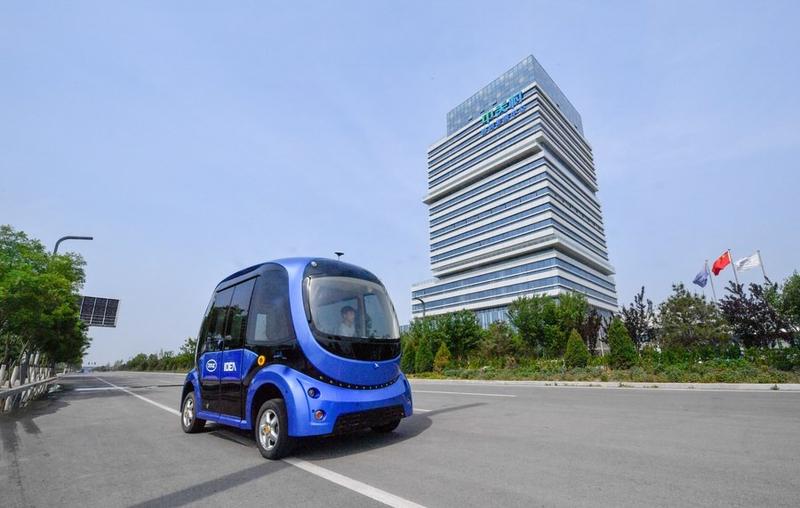 An unmanned vehicle runs for tests at the Beijing-Tianjin Zhongguancun tech town in Tianjin, north China, May 19, 2021. (SUN FANYUE / XINHUA)

The annual revenue of the country's 169 state-level high-tech zones is expected to exceed 48 trillion yuan (about 7.6 trillion US dollars) in 2021, up about 12 percent year-on-year, said Shao Xinyu, vice-minister of science and technology.

According to initial estimate, profits from China's 169 high-tech zones totaled 4.2 trillion yuan, a year-on-year increase of about 17 percent

According to initial estimate, profits from these high-tech zones totaled 4.2 trillion yuan, a year-on-year increase of about 17 percent, Shao added.

He also noted that the national high-tech zones have contributed about 13 percent of China's GDP with only 0.1 percent of the country's land area.

To enable high-tech zones to play a more effective role in fostering new and high-tech industries and promoting high-quality development, China will continue to support these zones in expanding and strengthening leading industries with distinctive features, and foster a number of world-class innovative industrial clusters, Shao said.

Shao added that China will further deepen reform and foster an enabling environment for innovation and entrepreneurship.