China urges the US to halt arms sale to Taiwan 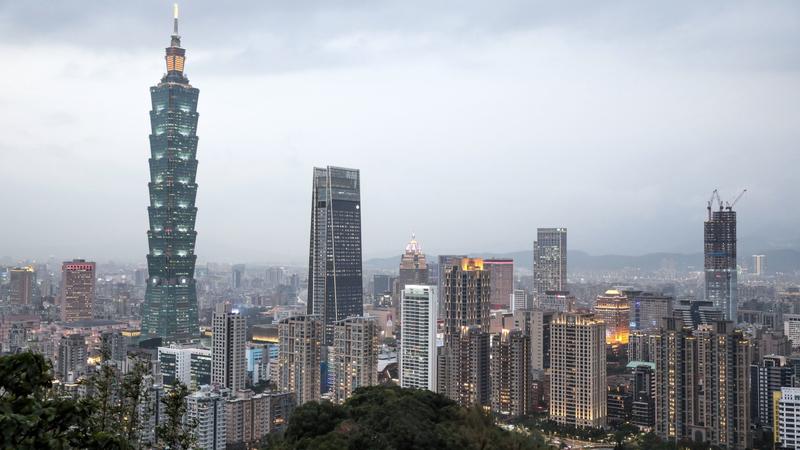 This undated photo shows the Taipei 101 and other buildings at dusk in Taipei, Taiwan. (I-HWA CHENG / BLOOMBERG)

BEIJING – China on Tuesday firmly opposed and strongly condemned the United States' plan for the sale of arms worth $100 million to Taiwan, urging Washington to immediately scrap the plan.

The sale of weapons to the Taiwan region of China by the US severely violates the one-China principle and the three China-US joint communiques, especially the August 17 Communique, said Foreign Ministry spokesperson Zhao Lijian.

"Such acts seriously undermine China's sovereignty and security interests and gravely harm China-US relations as well as peace and stability across the Taiwan Strait."

Such acts seriously undermine China's sovereignty and security interests and gravely harm China-US relations as well as peace and stability across the Taiwan Strait.

China urges the US to stay committed to the one-China principle and the three China-US joint communiques, immediately cancel its arms-sale plan, and stop military ties with the Taiwan region, said the spokesperson.

China will take legitimate and forceful measures to staunchly defend its sovereignty and security interests, he said.

Deals to push Taiwan towards disaster

A spokesperson for the Taiwan Affairs Office of the State Council lashed out at Taiwan's Democratic Progressive Party authority over its potential purchase of arms from the US, saying that such a provocative action would only "push Taiwan towards disaster."

Ma Xiaoguang made the comments in response to the DPP authority's gratitude following a US government move on arms sales to the Taiwan region of China, which the DPP viewed as "US support for Taiwan”.

The DPP authority cannot save "Taiwan independence" from its inevitable doom by colluding with external forces and using the Taiwan people's hard-earned money to buy arms, but will only escalate tensions and instability across the Strait, said Ma.

The spokesperson also urged the US to stop playing with fire on Taiwan-related issues, correct its mistakes, and return to the right track of abiding by the one-China principle and the three China-US joint communiques, especially the August 17 Communique.