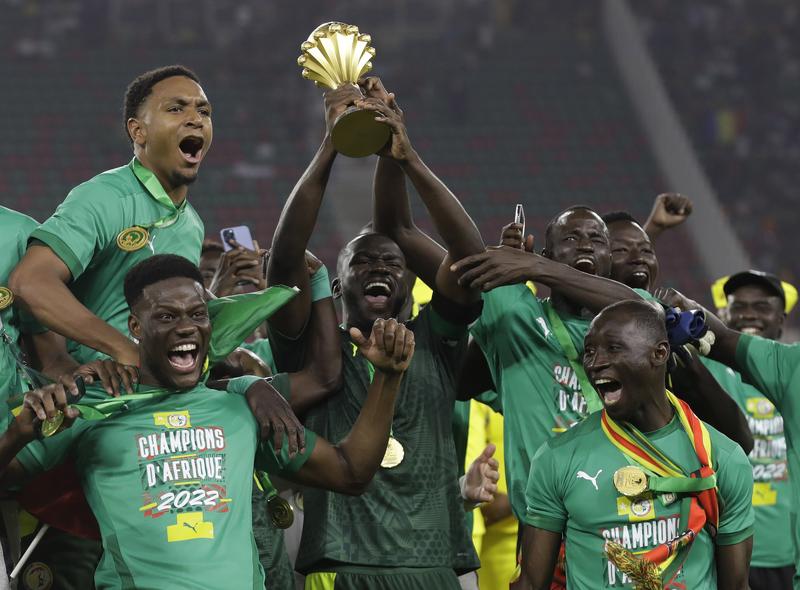 YAOUNDE - Senegal are the new kings of African football as the Teranga Lions won the Africa Cup of Nations title beating Egypt in the final on penalties on Sunday evening.

After a tense shootout, Senegal's forward Mane scored the winning spot-kick as Senegal beat Egypt 4-2 on penalties to win their first-ever AFCON trophy

The final ended 0-0 after 120 minutes with a major opportunity coming from a penalty for Senegal that was missed by Sadio Mane just seven minutes into the match.

After a tense shootout, Senegal's most precious player and forward Mane scored the winning spot-kick as Senegal beat Egypt 4-2 on penalties to win their first-ever AFCON trophy.

After reaching the AFCON final in 2002 and 2019 and losing, Senegal restored their reputation on the African football scene with the victory at the Olembe Stadium in Cameroon's capital city of Yaounde.

Egypt will soon have a chance for revenge when the two sides meet again next month in a two-legged play-off for a spot at the 2022 World Cup in Qatar.