By Kathy Zhang in Hong Kong 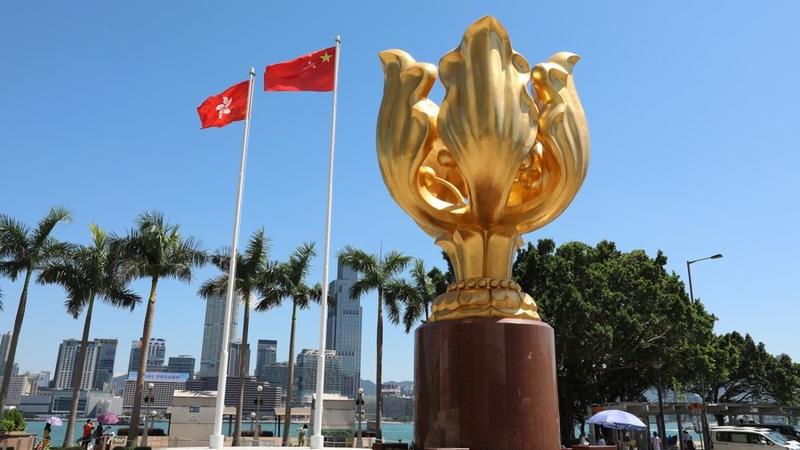 Officials from the central government and political heavyweights from Hong Kong on Friday slammed European Parliament politicians, urging them to end their political hysteria aimed at China and the city, and to stop meddling in the city’s affairs.

ALSO READ: European Parliament resolution on HK is all about geopolitics

The condemnation was made after the European Parliament, in a Thursday resolution, proposed sanctioning officials from the central government and the Hong Kong Special Administrative Region and boycotting the Beijing Winter Olympic Games. The Parliament also threatened to withdraw its support for the SAR’s seat at the World Trade Organization, citing “the destruction of the city’s autonomy under the ‘one country, two systems’ policy”.

The spokesperson for the Hong Kong and Macao Affairs Office of the State Council said the resolution is nothing but “a piece of waste paper” and “a joke”. The spokesperson said those politicians were in no position to indoctrinate others with their so-called democracy, given the poor track record of some European countries on freedom, democracy and human rights.

Hong Kong has seen a better and safer environment for freedom, democracy and human rights, the spokesperson said. There were 9,049 companies from overseas and the Chinese mainland that had bases in Hong Kong as of 2021, and the city saw a growing number of media organizations and journalists, the spokesperson added.

The spokesperson for the Liaison Office of the Central People’s Government in the Hong Kong Special Administrative Region expressed strong disapproval of the “repeated political farce” by the Parliament. Urging those politicians to stop shooting themselves in the foot, the spokesperson said Hong Kong’s prosperity and stability is of vital importance for over 2,300 EU companies and about 350,000 people from the EU based in Hong Kong.

The spokesperson of the Commissioner’s Office of the Ministry of Foreign Affairs in the Hong Kong Special Administrative Region on Friday refuted the European Parliament’s accusations, saying that a series of measures introduced to and implemented in Hong Kong, including the National Security Law for Hong Kong, the electoral system improvements, and the implementation of “patriots administering Hong Kong”, helped the city embrace stability and prosperity again and have brought the city’s democratic development back on track.

The European Parliament has repeatedly smeared the HKSAR and attacked China under the pretext of their so-called “democracy and freedom” only as a publicity stunt, the spokesperson said, adding the acts show their “unreasonable, ignorant and shameless nature”.

The spokesperson said that some politicians in the European Parliament who attempted to whitewash the behavior of anti-China forces in the SAR are still hoping to use the city as a pawn against China. “Their self-deceiving political farce and ill intentions are doomed to fail,” the spokesperson said.

Regarding the so-called "sanctions" on Hong Kong officials, the HKSAR goverment spokesman said the SAR government “despises the suggestions” and will continue to strive to safeguard national security

The spokesperson urged politicians of the European Parliament to stop the bullying acts of sanction threats, and stop interfering in Hong Kong affairs and China’s internal affairs in any form, stressing Hong Kong’s prosperity and stability brook no interference or damage.

In a separate statement, a spokesman for the Hong Kong Special Administrative Region government said that the government deplores the so-called resolutions against Hong Kong, and strongly opposes baseless allegations and defamation.

Regarding the so-called "sanctions" on Hong Kong officials, the goverment spokesman said the SAR government “despises the suggestions” and will continue to strive to safeguard national security, including to proactively take forward the work relating to the enactment of legislation on Article 23 of the Basic Law to discharge its constitutional responsibility.

The Chinese Mission to the European Union on the same day also expressed “firm opposition” to the resolution, saying by confusing right and wrong, the Parliament has aroused the strong indignation of all Chinese people.

The spokesperson of the mission urged the European Parliament to abide by international law and basic norms governing international relations and stop denigrating and distorting “one country, two systems”.

Lau Siu-kai, vice-chairman of the Chinese Association of Hong Kong and Macao Studies, said he believes the resolution is just a statement of the European Parliament’s political stance. He added that the European Parliament, which is mainly controlled by anti-China, anti-Russia forces, has only a limited effect on EU and other European countries.

Lawmaker Nixie Lam said those politicians were applying “double standards” and are hypocritical as they are political puppets. They have ignored what has happened in the city over the past two years or so, and they should instead focus on pandemic control, instead of playing “the China card” in order to get political support, Lam said.